Who decides what success looks like? (Or what makes a memorable weekend)

When things don’t go according to plan, and you don’t achieve the things you set out to do, then that surely can’t be seen as a success?

If you have a disability and get support from services, it can often be hard to stay in charge of what defines success. How others respond can be key to how people view the experience, and the willingness to try things again.

Take our trip to the recent Stay Up Late and We Are One events in Glasgow, from the North East of Scotland. Eleven of us got on the bus in Aberdeen, there were no staff. 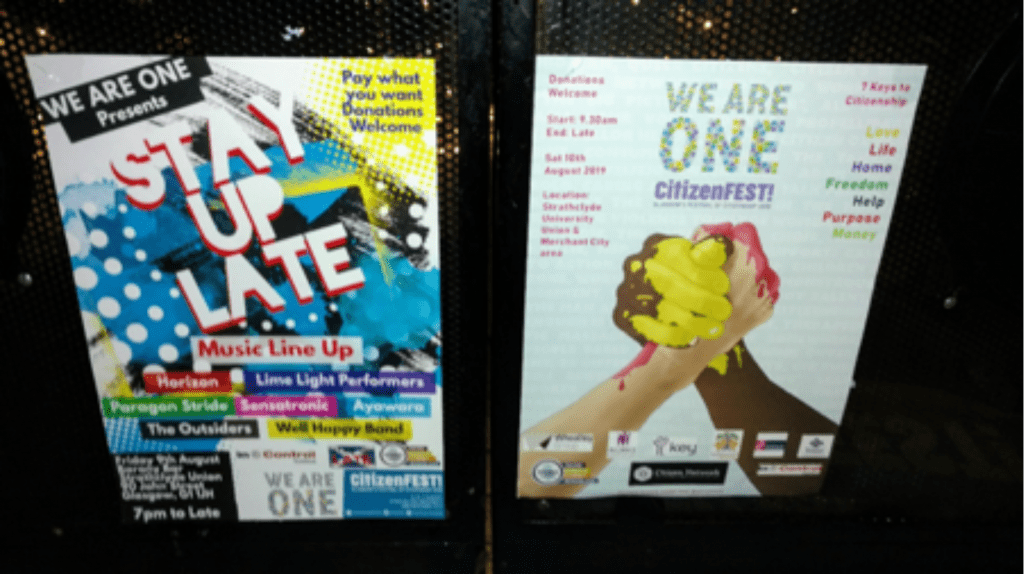 I had been in a staff member role with a few of the people over the years, but this was different, we were all going together, no one was being paid, and it was going to require peer support.

Early on we started to get the signs that things were not going entirely to plan – no one on the bus to do the teas and coffees, so I spoke to the driver and sorted it out myself (definitely an art to carrying coffees upstairs while the bus is negotiating a roundabout).

Arriving an hour late in torrential rain, we left the bus in ankle deep water, (wet feet and some people had wet clothes in their bags). The first road we crossed was a wide road at a busy junction, and the first twice when it was green to cross, one of the group froze up in the middle of the road and had to go back to the pavement. At the third attempt, they recognised that the lack of the metal squares that usually mark crossing was something which was causing them stress. We crossed the narrower road and then the other one in L shape. This had taken 20 minutes in heavy rain.

I reflected to them that they had also worked out a successful strategy to resolve it, and everyone was waiting for them, and being supportive in the face of a challenging situation in an unfamiliar city.

The walk and rain took it out of some of the group and three decided to go to the pub close to the accommodation as one of them didn’t have the energy to get to the gig. Alternatives were discussed, but they were happy to go with this plan.

The three stuck together and looked out for each other. I agreed to come back later and make sure they got back to the accommodation.

I got a message later to say they had got back to the accommodation themselves and had found the pub on the campus on the way and had stopped in past for a couple of drinks. They had also had live music at the pub they were at. When the rest of us headed back from the gig, (we were part of the last group to leave) we popped in past the same bar.

Then some called it a night, while others decided the call for a late-night kebab or pizza was just the thing to round off the evening. After a walking tour of central Glasgow, we were successfully guided to a kebab and pizza place by one of our group with more extensive Saturday night Glasgow experience (not me!). Job done, at 1.45am we wandered back to where we were staying.

Some people took charge of breakfast in the morning, making toast and jam, others waited and chatted to those who were taking it slower walking to the venue.

One of the group had to head to hospital after breakfast to sort out some medication, and two other members of the group went with him to sort it out. I was involved in two presentations, and kept in touch by phone with how things were progressing. This included asking another group member to answer my phone for me and let me know if I was needed during the presentation.

For the rest of the group who went to the sessions, there was widespread discussion about the different things people had heard, there was participation in the discussions and reflection on what it meant for themselves.

When we all met up at the end of the day, most were pretty tired and some took a taxi to the bus station while the rest of us walked. While we chatted about the experiences, some were already laughing about it, while others who maybe didn’t know me as well were looking at me for a reaction, my take on the events. I was careful to reflect what I had seen – that I had seen the group look out for each other, make sure no one was left behind, deal with little niggles without them escalating, coped with adventures and new experiences, laughed together and most importantly, made real memories.

We all made it back to the bus, and I have a feeling people will be talking about that weekend for a long time to come. (It has already encouraged one member of the group to get more involved in Stay Up Late). 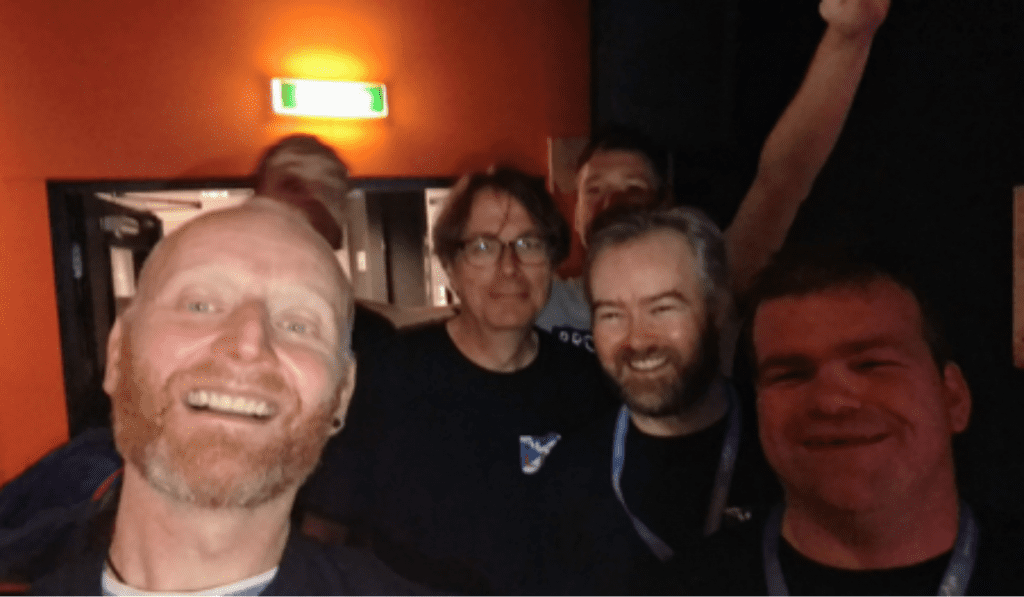 Sometimes life doesn’t go according to plan, and those can be the times when we learn the most about ourselves and what we are capable of, if we get the space to do so.

To find out more please get in touch – check out our page here or email us – stayuplatescotland@gmail.com