When Stay Up Late met Ambigo: hopes, dreams and ambitions

When Stay Up Late met Ambigo

We’ve had so many online highlights in recent months but one of the real fun evenings we spent was when six of our participants teamed up with the Ambigo team to talk about their hopes, dreams and ambitions.

Ambigo brings people together to exchange support for their goals, ideas and ambitions. They deliver fun community networking activities that are aimed at strengthening community cohesion and helping empower individuals in achieving personal fulfilment.

“My ambition is to be a musician. I’ve grown up with music my entire life. I love performing. I took up bass guitar five years ago, and I was studying at BIMM Brighton. “I want to be in bands playing music,” she says. “I mostly play rock and metal, but I can do other genres like reggae. I’m already in two bands. I’d like to do some sessional playing, too.” 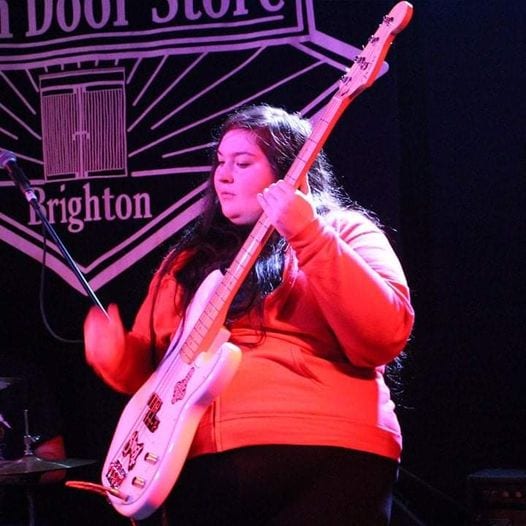 “Most people think that I am shy – but in fact I’m a speech and language disabled musician. This should not be a problem as long as you talk to me in short simple sentences. If I look blank or say “I don’t know” I haven’t understood you. But it won’t be long before I’m chattering…”

At the moment, though, she says “I’m struggling to socialise, reach out and talk.”

“I just love rock and metal, but I’d try something else as well. I just want to connect!”

You can see and hear some of Chantelle’s work at www.chantellelawton.co.uk

“When life gives you lemons, eat the lemon!” – Victoria’s most famous comedy quote! She’s a lovely person whose humour is infectious, and she has big dreams.

“I like joking around and bringing smiles to people’s faces, especially during lockdown. When I do comedy, I basically take the mickey out of what’s happened to me. I love inspiring people.” 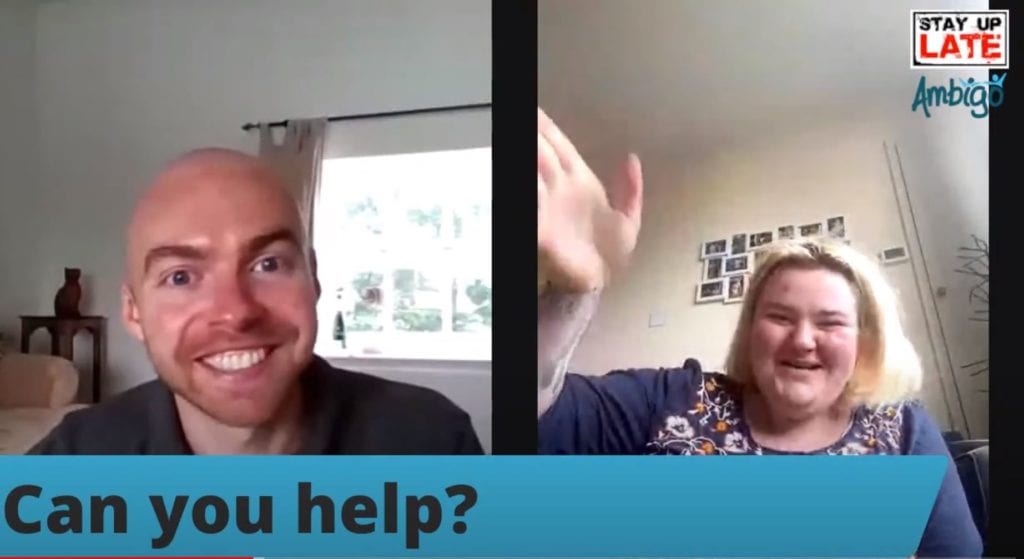 “In the future, I want to be on stage. I want to get involved with more open mics or more gigs and seeing more how to grow that performance in me. I’m already funny though anyway!”

“It started when we were sitting in a team meeting at work, and because I’m so hilarious and inspiring, they came up with the idea that I should do a one-woman show.”

“The dream would be to become a celebrity where my comedy is on Netflix, and I’m on a big stage and lots of people are watching.”

“I just make people smile and it makes me happy.”

“I’d really like to start a transgender football club” 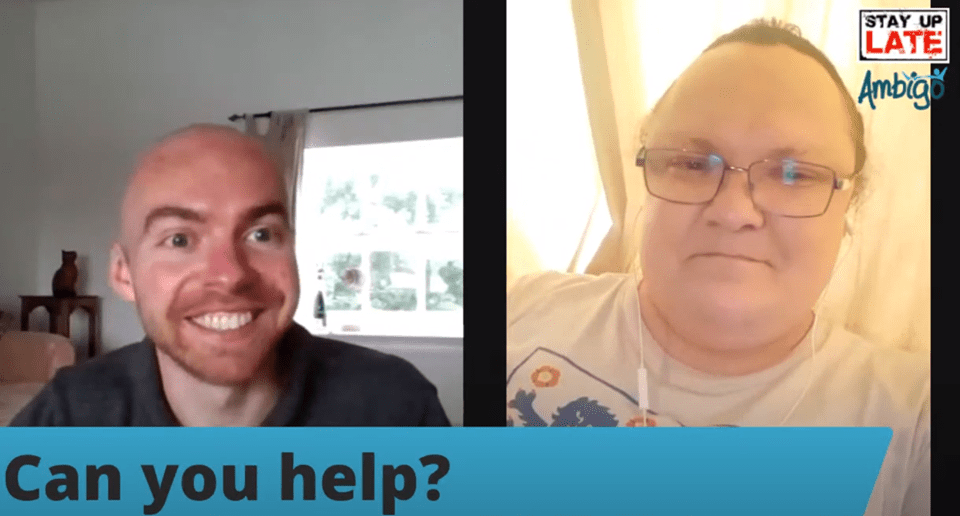 “There’s not a lot of support around sport for people who are transgender.”

“I want to give back to the community that have helped me come out. You can get healthy and fit. It’d become a family and make friends with people so you can meet up even when there’s no football on and go for a meal, you know. I’d like to start it as a Sunday kick-around and then grow it one day into a league”

“I was doing walking football before lockdown, and I’ve done a lot of coaching courses. I’d like to be the coach or manager.”

“Last year I did a chat show for the Stay Up Late AGM. That went quite well so ever since I’ve wanted to carry on and hopefully get into a TV studio and get my own show to interview people and find out their stories. I’d like to interview normal working people, celebrities, people from Stay Up Late – a bit of a mixture.” 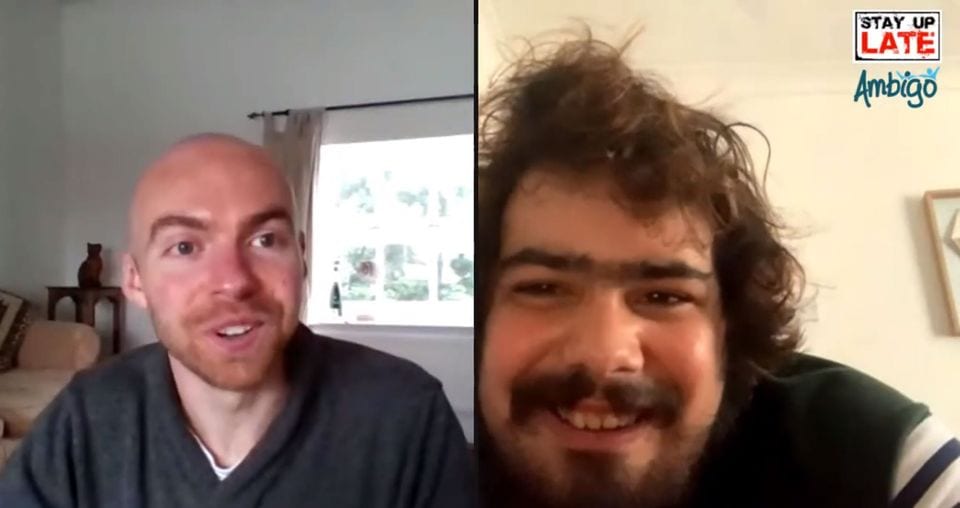 “I like to be nosey. I like to talk to people. I work in retail so I talk to different people every time I work and I hear different stories, which is very interesting”

Ask him about the one person he’d most like to interview, he says “The Queen. She’d be a good person to interview, since she rules the country, to find out things we don’t already know about.”

“I’m not very good at kick-ups. I’m part of a girls team with Blagss in Brighton, but I want to get better at football so I can win more medals. I’ve got loads already. I just want to win more!” 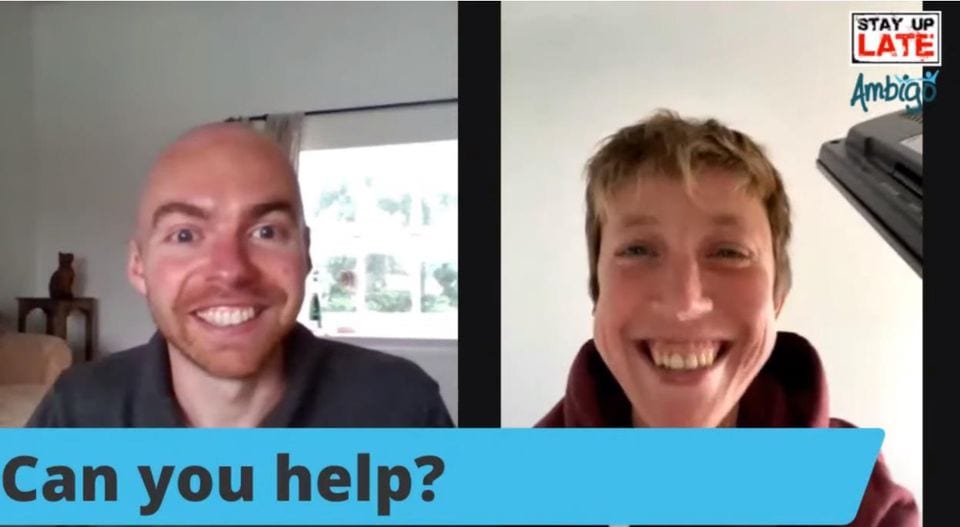 “My dream now would be to have a Brighton player teach me kick-ups. I’ve got a few favourites. My last one was Bruno because I met him. He was in a place I went to at the same time. I was gobsmacked. He was really nice towards me, which was really nice because I’ve got special needs. He took a picture with me.”

“If any of you guys (she means you reading this!) can get hold of any Brighton players and say a few words about me, it’d be a great honour to hear back”

“My ambition is to become a wrestler and actually step inside a WWE ring!”

“I love wrestling! It’s the atmosphere and the way they hit you with chairs. It’s just entertainment and I love it! 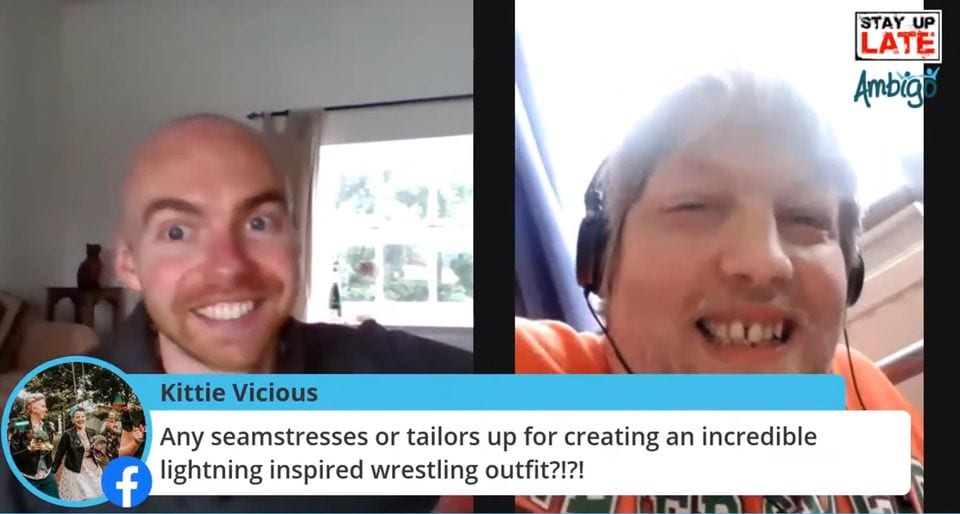 “I’ve been all over the place (to watch it). I’ve got the t-shirt of John Cena. I’d actually like to meet him, Paul “Triple H” Levesque and Stephanie McMahon – WWE.”

“I’d like to find out if there’s anyone who can help me step inside a wrestling ring and give me a chance to do some wrestling. They do it at the Brighton Centre sometimes.”

“What I’d like to be called is Walker’s Lightning. It’s got power to it! If I get into the ring, I’d like to have a manager with me, and I’d like to win a proper wrestling title.

HOW YOU CAN HELP?

If you can help Chantelle, Victoria, Chloe, Jason, Sas or Andrew achieve their dreams – or just offer words of encouragement – then get in touch with Ambigo through their Facebook page here. https://www.facebook.com/WeAreAmbigo

You can enjoy the full conversation with all six participants here: