What’s your bedtime? Why do we care?

This week I’ve been following a long Twitter discussion in response to Mark Neary’s blog The 40 Unit Home Sweet Home about plans to build a ’40 bedded supported living centre’ in Northumberland. The Twitter conversation started with people questioning how such a place could be anyone’s home and then started to develop with some professionals suggesting that we also need to see the bigger picture and that some people may choose to live in places like this, choose to not go out much and perhaps be happy to have a set bedtime? 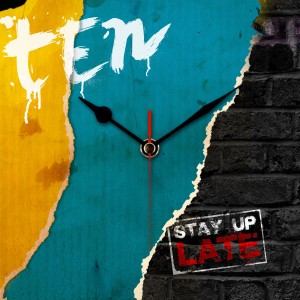 What’s your bedtime? Why do we care?

I was also recently made aware of a new home for 11 people which was being developed to create economies of scale with the staffing and the people moving in were being told they couldn’t expect to be able to go out everyday!

Mark Neary picks up on this in his excellent blog The Small Picture which I found quite difficult to read as he ponders those things his son Steven holds most dear in his life and wonders how long it will be before he loses these things by being forced to move in to a ‘care unit’ where those details which are so important to Steven will be lost.

I wanted to set out our position in all this. I’m always eager to point out that we don’t actually mind what time people with learning disabilities go to bed but we absolutely do care whether they get to make that choice or not and how that acts as an indicator that other choices are also being denied them.

We’ve been asking our supporters to run ‘exit polls’ at ‘inclusive’ club nights to find out the reasons why people are leaving by 9pm. The top 5 reasons are:

Rarely are the reasons:

(All the reasons I normally use)

It strikes me how abnormal the systems we’ve created in social care are but through widespread use they have become the norm. Mark’s blog brings us right back to thinking about individuals and that the bigger picture is made up of about 1.4million smaller pictures and they are the ones we’ve totally lost site of.