“What do those type of people need alcohol for?”

Tackling bigoted and infantilising attitudes towards adults with learning disabilities

The Four Seasons project in Southport, Merseyside includes a garden centre, gift shop, café, florist and second hand store. Run as part of the Learning Rooms, a not-for-profit community enterprise, it aims at providing skills and employment training for local people. The café recently applied to the local council for a drinks licence so they could serve alcohol with meals. All sounds pretty ordinary and the sort of thing that happens up and down the country. However, the fact that the project supports adults with learning disabilities meant the reaction from a number of local residents was far from ordinary.

Alongside twenty-four letters of objection a staggering 140 people signed a petition. 164 people in total, therefore, alarmed at the very prospect of a café supporting adults with learning disabilities being able to serve alcohol with customers’ meals. 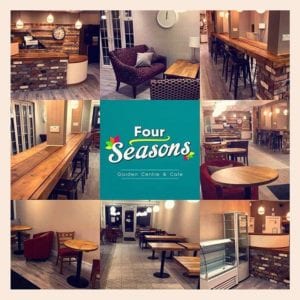 Admittedly, some of those objecting with dire warnings of noise, drunkenness and falling house prices could well be the kind of over-excitable nimbies who would literally object to any sort of licensed premises within their midst. But the thrust of some of the objections took on a worrying and rather sinister tone.

“I don’t understand why a licence should be granted when it’s a learning school for adults with learning disabilities,” said one objector.

While another neighbour told the café manager applying for the licence, “What do those type of people need alcohol for?”

Emily Shanahan, one of our Stay Up Late Ambassadors in the North-West spotted the story and said, “This makes me so angry we have as much right as anyone to have the choice of an alcoholic drink or not.” 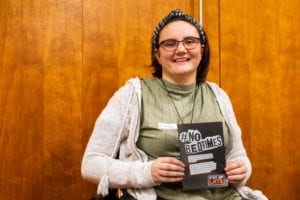 Another Stay Up Late Ambassador, Jason O’Neill, also spoke out. Originally from Southport but now living in East Sussex, Jason says, “It made me sad to read about people coming out with these sort of attitudes in my home town but it shows exactly why Stay Up Late is needed and how important our campaign work is. People need to be reminded we are adults not children.” 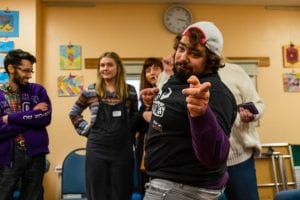 Thankfully, the Four Seasons Café were granted their licence (even though they didn’t get the extended opening hours they requested). We wish them all their best and, in particular, we congratulate the one local resident who submitted a letter of support for the application.

As Jason says, we still have a lot of important work to do in challenging bigoted and infantilising attitudes towards adults with learning disabilities and we will continue to speak out.

We were delighted to work with Open Future Learning on this video last year which brilliantly satirises some of those attitudes – so we’ll leave you with this: A Day In The Life…

Since we first put this blog together we were delighted to receive the following message from Ruth on behalf of the Four Seasons Cafe:

“The piece written is fantastic and just about sums it up perfectly!

We are so disappointed by our neighbours responses and attitudes , looks like we’re going to have to put in more work to break down those barriers!”

Thanks Ruth and good luck!