Update from our Stay Up Late Ambassadors

Fighting for the right to party

Update from our Stay Up Late Ambassadors

Following our conference in March we began setting up a network of Stay Up Late Ambassadors. All of our Ambassadors are people with a learning disability or autism who are committed to spreading the word about the work of our charity and the campaign to overcome the institutional barriers that prevent people with learning disabilities living the life they want to live.

If you would like to become an Ambassador or get involved in our campaigning work in any way please contact darren@stayuplate.org

Here is a quick round-up of what some of our Ambassadors have been up to recently.

Several of our Ambassadors have been busy speaking at meetings and conferences. Daniel and Andrew were keynote speakers (alongside our Director, Paul) at the Leicestershire Learning Disability Partnership conference in September. They addressed a packed room of care professionals to open the conference and then took part in a series of workshops discussing Stay Up Late’s #NoBedtimes campaign and Gig Buddies. Back in August Daniel also spoke at a meeting of the new Berkshire Stay Up Late group – Night Owls. Andrew, meanwhile, also talked at a Forest School conference in Brighton and is due to speak at a meeting of Harrow Mencap on the #NoBedtimes campaign at the end of the month. 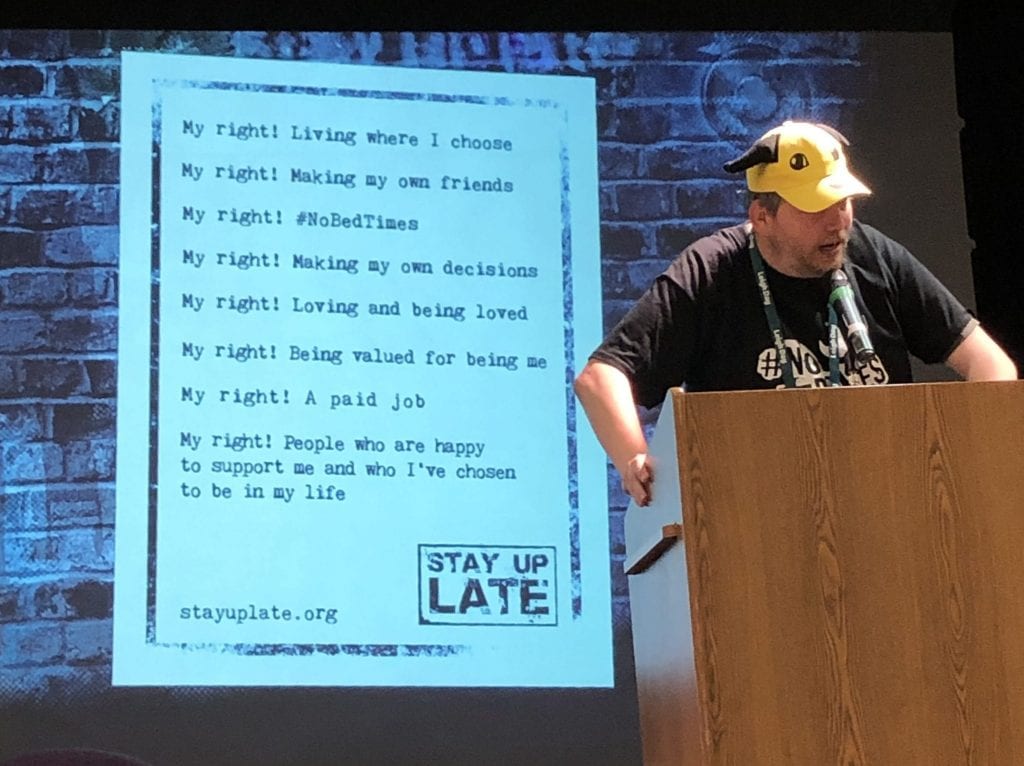 Jason has also been busy. Not only did he write a well-received blog about living with a disability. He also spoke at a meeting of My Life My Choice – a self advocacy group for people with learning disabilities based in Oxford and is due to speak at the AGM of the Spectrum centre for independent living based in Southampton at the end of the month. 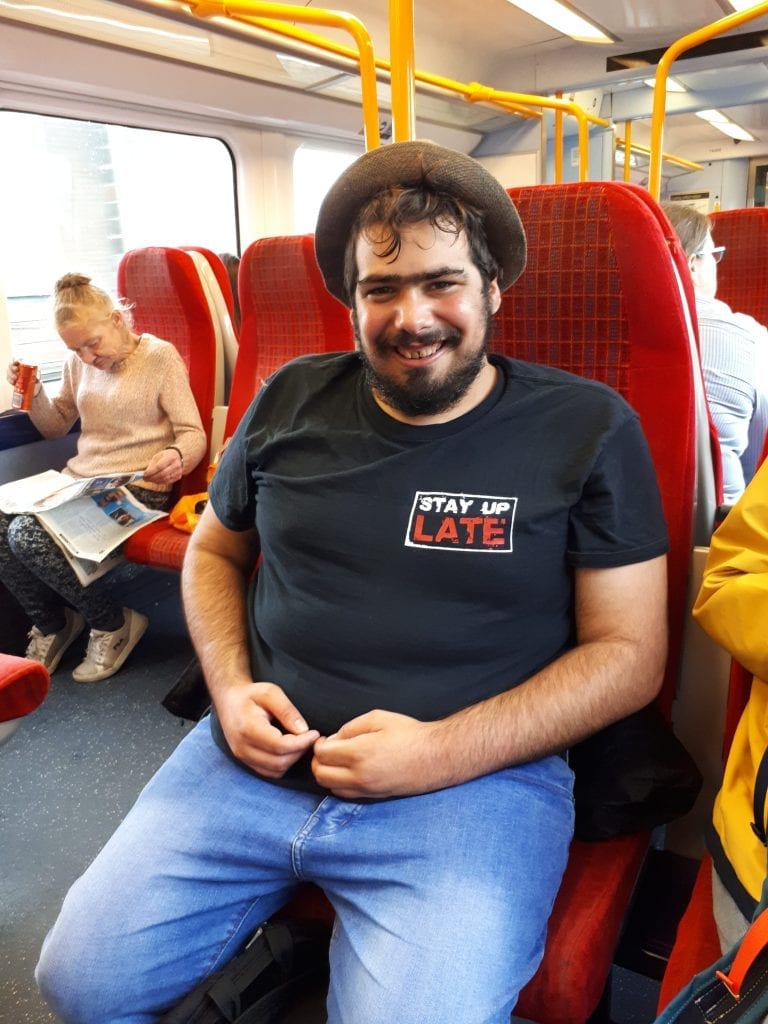 Simon will be joining Darren to talk about Stay Up Late’s campaigning at the All Wales People First conference in Cardiff. In November he’s putting on a band night in November and is also part of the Odyssey drama group who have a new performance out in December “The Curious Muchness Of Stuff And Nonsense” as well as being part of a weekly music group called MIND YA MUSIC. 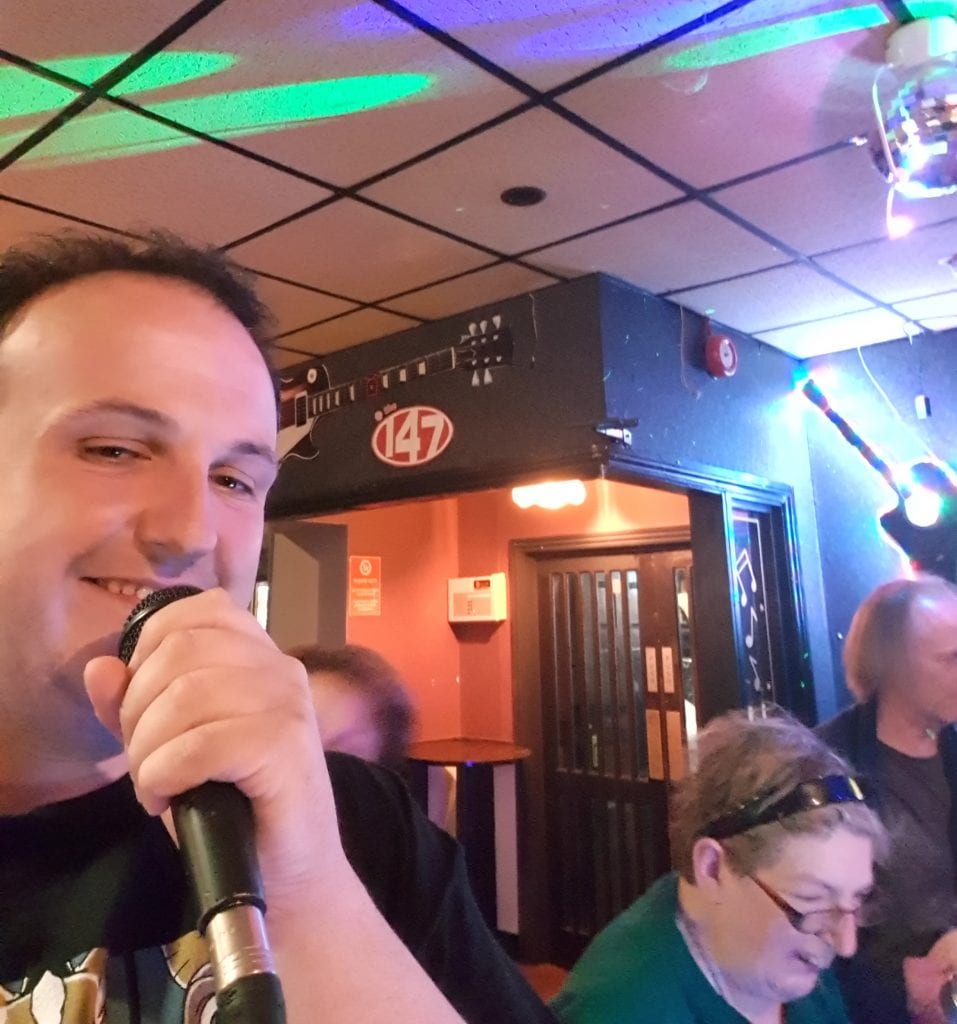 Fiifi has been running more Stay Up Late pool knockout nights in Croydon which have given people a great night out and helped raise awareness of Stay Up Late’s #NoBedtimes campaign.  Victoria has been one of the team helping get the new West Sussex Storm & Thunder group off the ground. And, finally, the Steel Squid Collective are finalists in the Dimensions UK leaders awards in the category of groups and teams and have their brand new EP out with the Stay Up Late logo on! 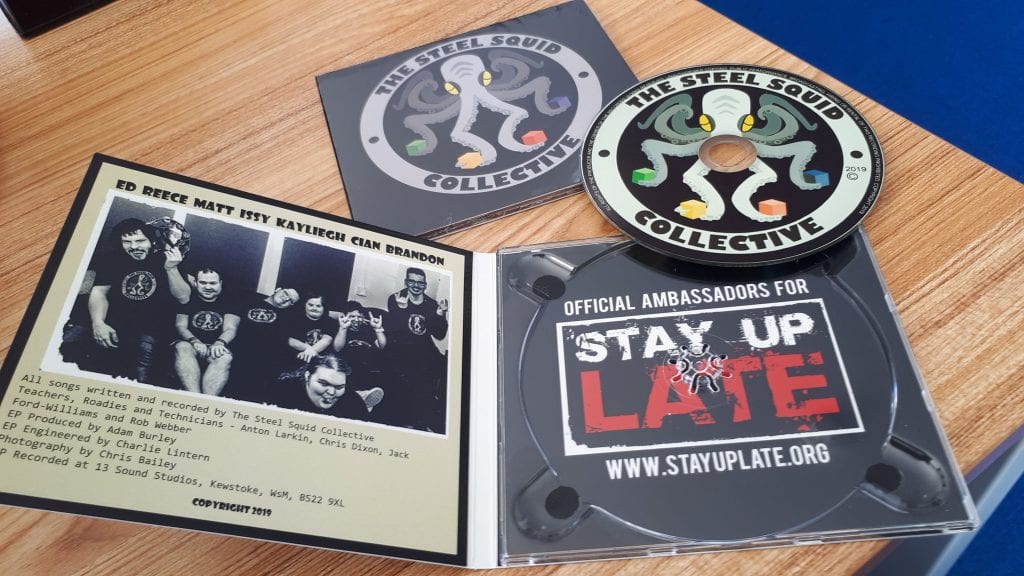