The #NoBedtimes campaign – one year on

The #NoBedtimes campaign – one year on

A year ago this month, at a very special night at Brighton’s awesome Komedia venue, we formally launched our #NoBedtimes campaign. To make the point that people who have a learning disability want to be able to go out, have fun and stay up late just the same as anyone else we asked everyone to come along in their pyjamas. And they did! 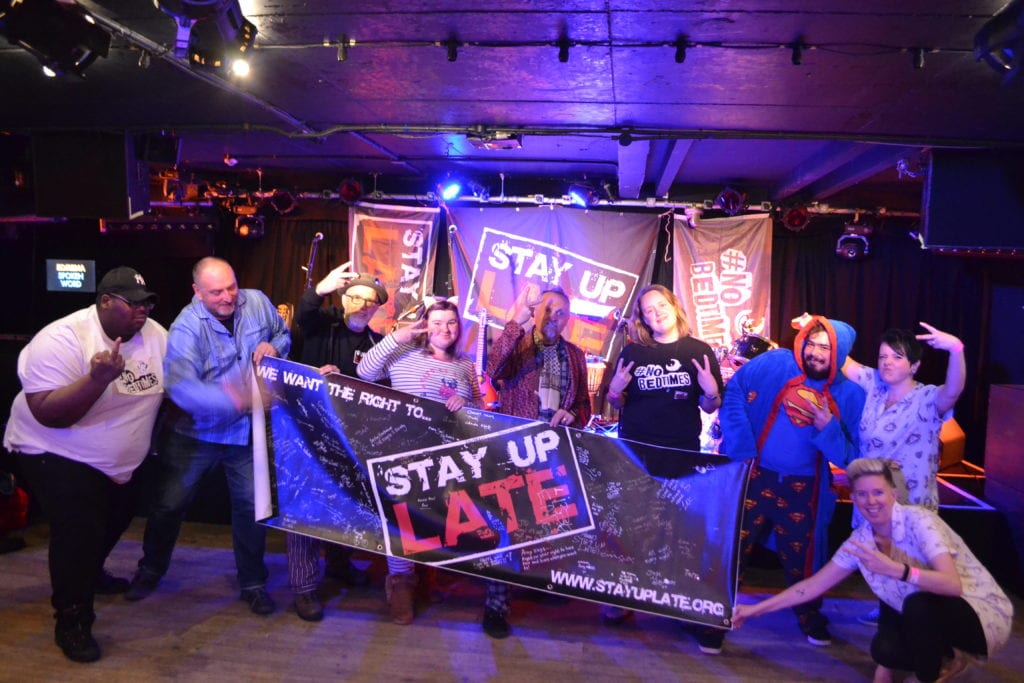 With flyers, stickers, badges and advice sheets for support providers we put together the #NoBedtimes campaign to highlight the problems of inflexible support patterns and archaic rules that stopped far too many people with a learning disability staying up late and having fun. 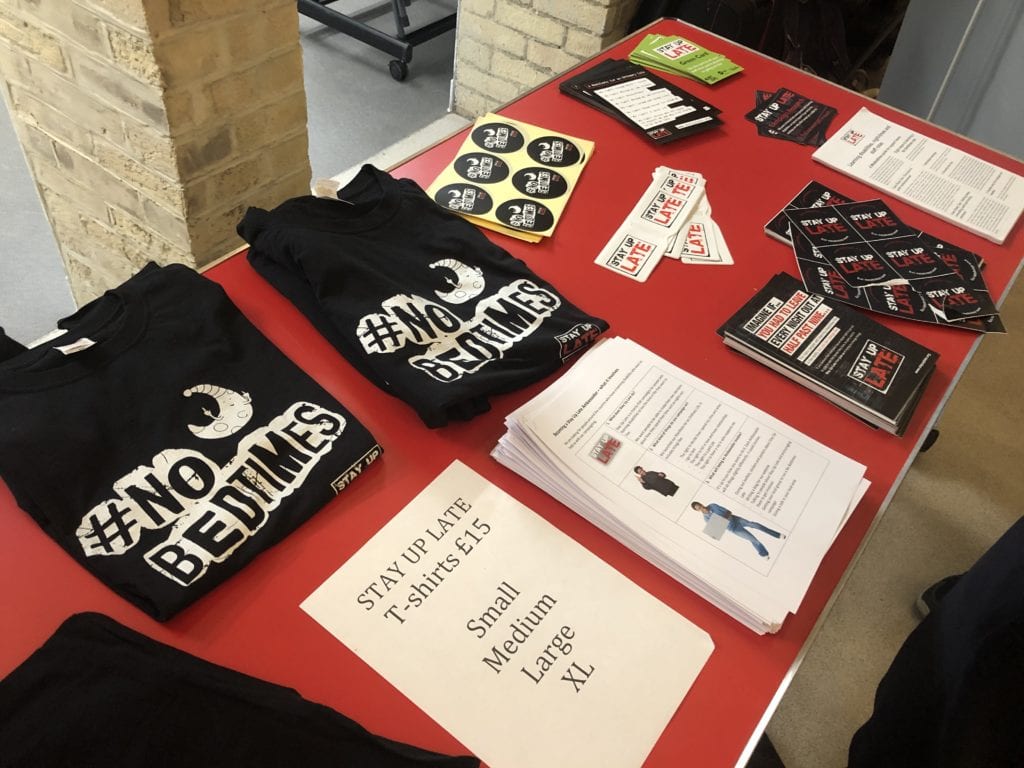 Other groups around the country followed suit and #NoBedtimes leaflets and stickers were being dished out at venues and meetings all around the UK. 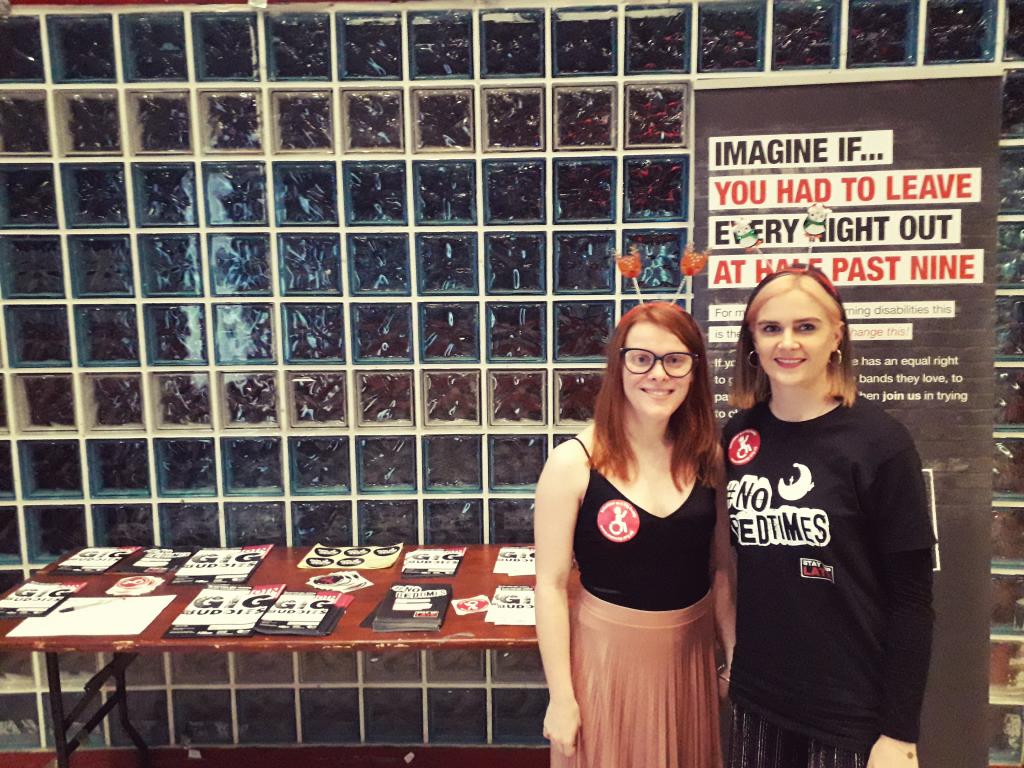 Imagine if you were told you had to leave the pub early ready to be home by 10pm, we said.

Little did we know, however – even in our wildest dreams – that the Government would soon be insisting that everyone across the country would need to leave the pub at 10pm!

Covid has had a massive impact on all our lives, on how we run as a charity and on the sort of campaigning we do. We could be glib and say at least everyone now has a taste of what it’s like to not be able to do things and to go home early.

But it’s not really the case that everyone is now being treated the same. Although we absolutely respect the need to stay safe and the need for strict controls to help prevent the spread of infection, we’ve also come across numerous examples of ridiculous rules being introduced that sound more like old-fashioned institutional control than modern-day infection control. 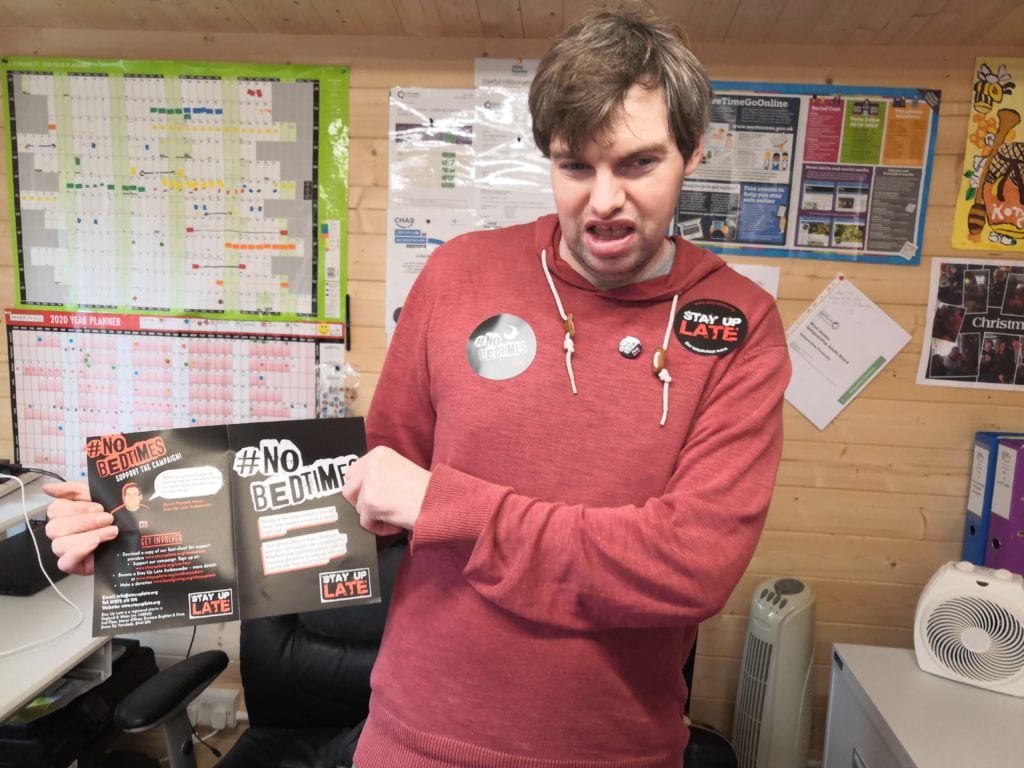 Someone wrote to us recently asking for some #NoBedtimes flyers for the notice-boards, in their supported living, telling us:

“Due to Covid and suchlike, it has become increasingly different here, far more rules and regulations – many of which are sensible and about taking precautions when going out and that is fine.  But also they are having various issues about us going to bed, and want to try to insist we go to bed at times which suit them, not us. “

Whether it’s about going to pubs and seeing gigs or staying at home and doing zooms, the #NoBedtimes message continues to be important and continues to be something we’ll carry on fighting for.

As our Ambassador, Simon Richards, says: 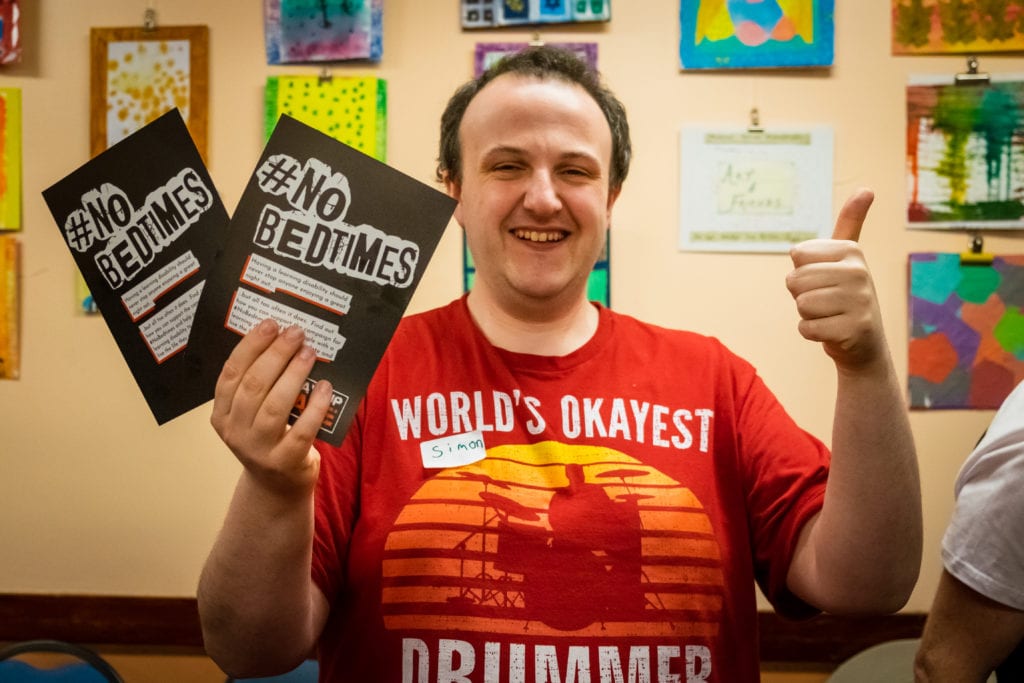 Although the nature of our campaigning has changed somewhat since the arrival of coronavirus we are incredibly grateful to all of the self-advocate groups, support providers, commissioners and campaigners who’ve backed #NoBedtimes and helped us spread the word. For more information about the #NoBedtimes campaign visit our dedicated campaign page here 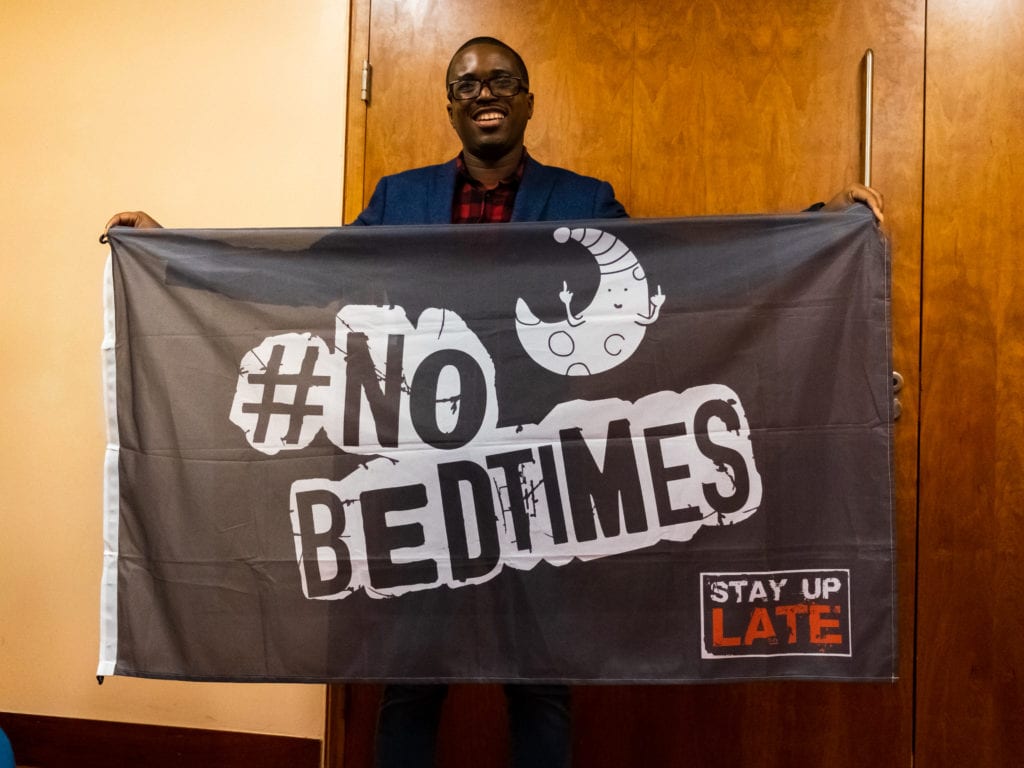