The team met in March, this time in Marwoods cafe, to plan an info event for new gig buddies and the gig buddies birthday party. 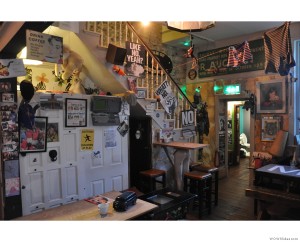 This months Storm and Thunder meeting was in Marwoods cafe – great coffee!

Madeline had planned to hold an information day for new gig buddies participants in Brighton. The team planned what this would need to involve.

We are putting on a Gig Buddies 3rd birthday party on March 30th, so we worked out the details for: