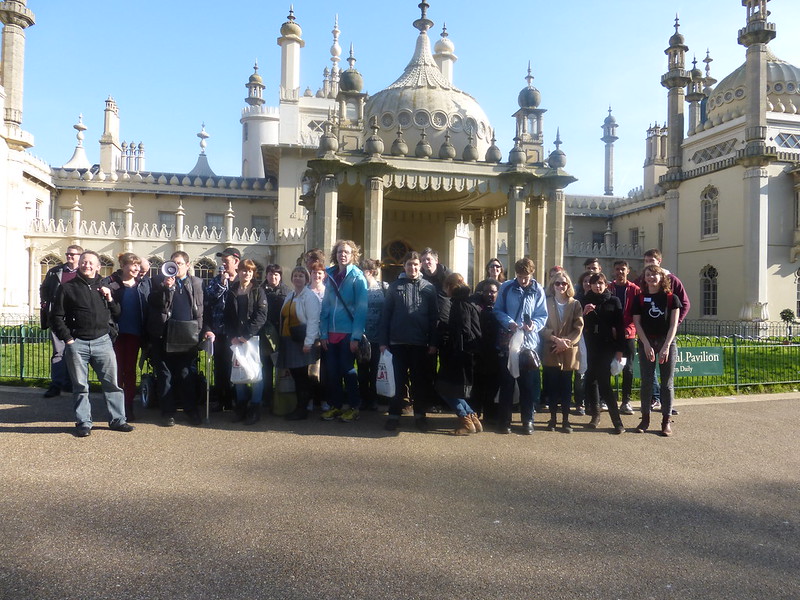 Here’s some thoughts on how it went:

On Thursday, Stay Up Late went to Heart n Soul! It was to do with their art and music project. We spent the day there doing different workshops – dance and special effects.

The day went by, I enjoyed myself – there was a disco! We went to an Italian restaurant that looked like a double decker bus. I had fun dancing with the Italians. I shouted, “You Italians are marvellous, come on, bring me my food!” 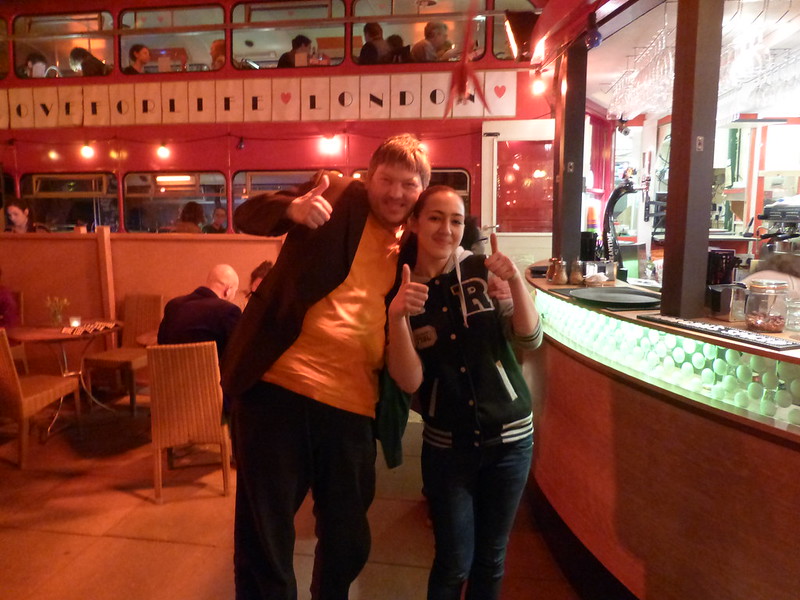 The main thing is that people with learning disabilities, volunteers, Heart n Soul have done a brilliant job, it’s a great project to be on, and especially the tour guide Dan who has done very well. 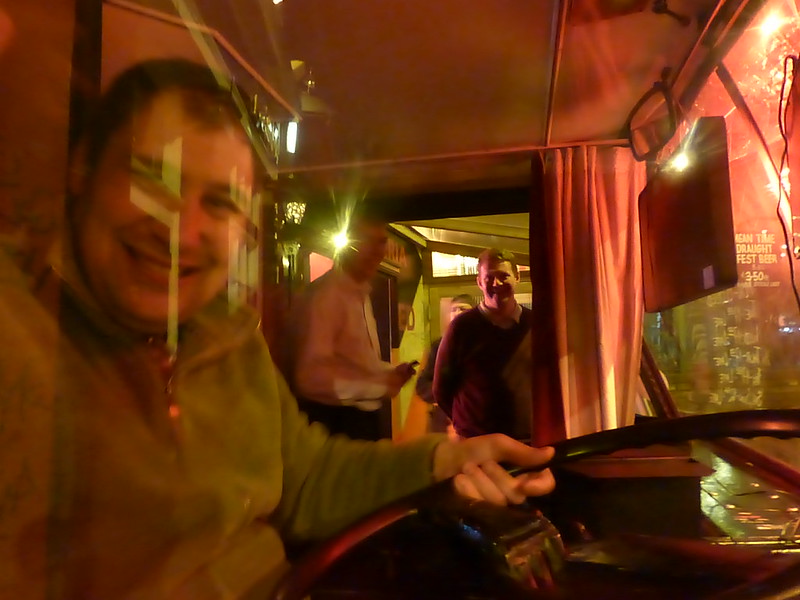 Gig Buddies host our visitors at gigs in Brighton, by Ellen 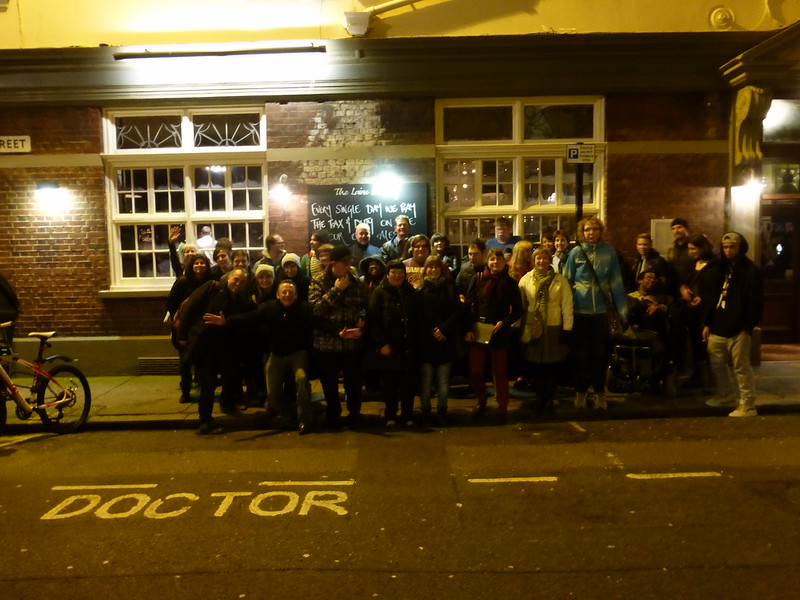 On Friday 2e went for a meal in the North Laine pub and the meals were blooming huge! I was sitting with Heart n Soul. We got told what groups we were in, whether we were going to the Green Door Store or to the Fortune of War. I took the groups from Finland, Belgium and Poland to the Fortune of War – inside the pub was like the shape of a boat. 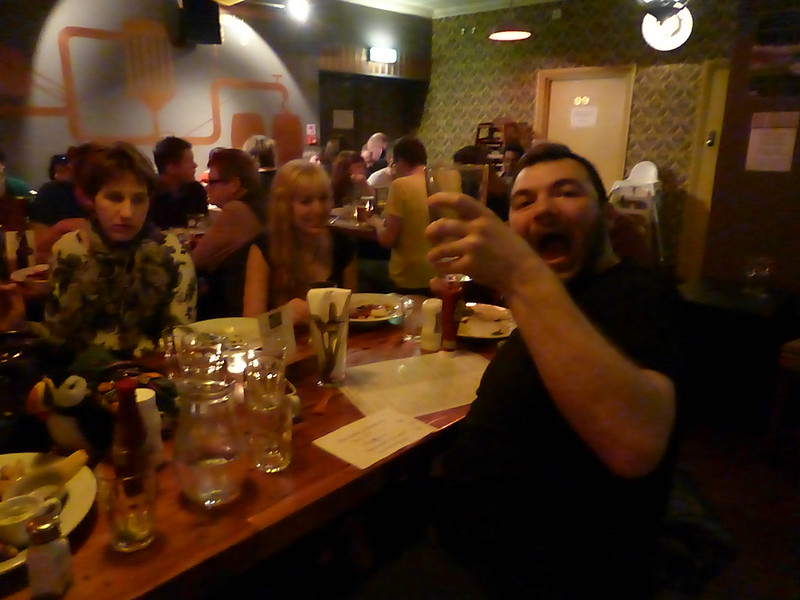 The band was a hip-hop group, they were doing a lot of rapping which was really great. They were asking the audience for different words, and making a rap with the different words. I thought it was amazing – they made a romantic thriller and put the music to it. I think that the visitors had a good time, the Finland group stayed until the end – they were the hardcore ones! They were doing their “Yo!” (part of a rap they performed to us on Saturday).

Workshops in Brighton and taking our visitors on a tour, by Bernie 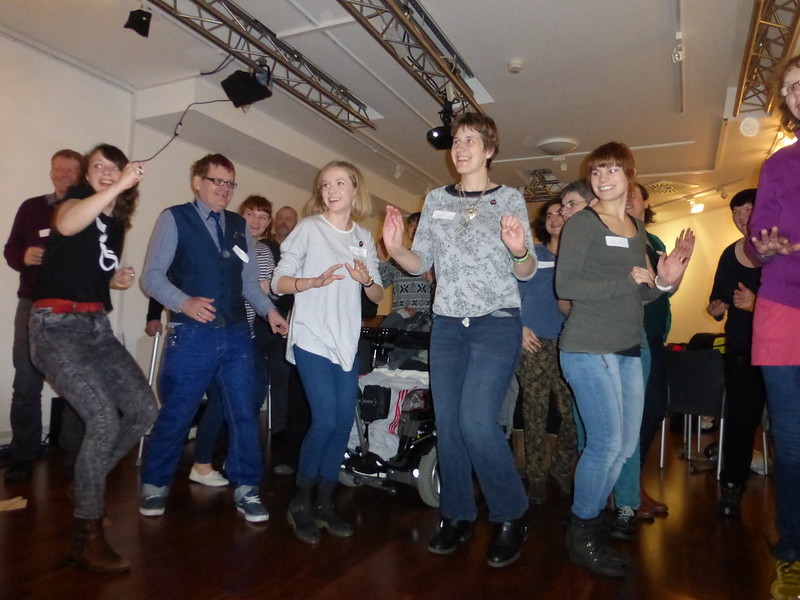 (First thing on Saturday morning) I was walking up the road and saw Madeline coming down, we walked to the Lighthouse (venue where the meeting was). We had breakfast and then we did dancing, where we had to go and touch people on the shoulder and get them to lead everyone, dancing to the tune. Then we had a meeting innit, told people all about Stay Up Late. Then we had the tour…!!! 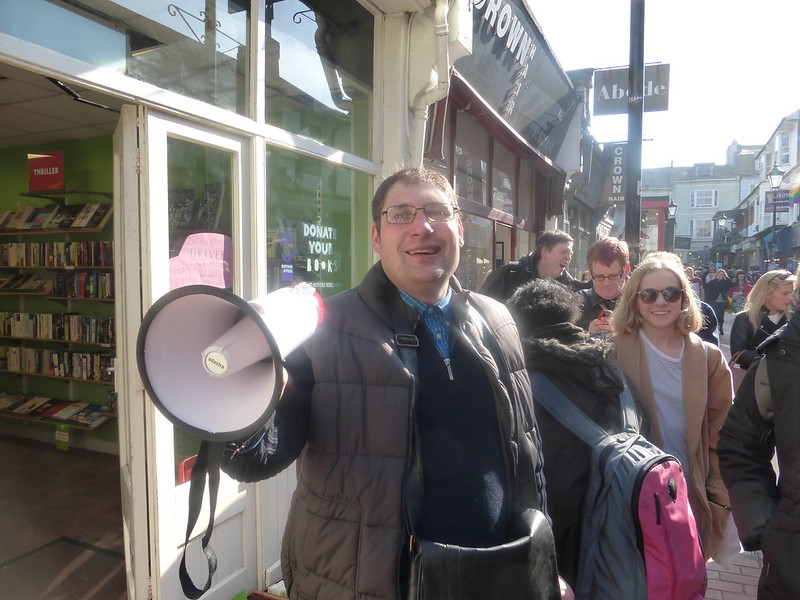 More to come from Dan…!

And thanks to the Grundtvig Lifelong Learning Programme for making this possible.

This project has been funded with support from the European Commission.
This publication [communication] reflects the views only of the author, and the Commission cannot be held responsible for any use which may be
made of the information contained therein.