We were thrilled to be asked to contribute to Brighton’s Great Escape Festival this year, taking part in a seminar session on how the music industry could support people with learning disabilities to get more involved as musicians, behind the scenes and as audiences.

Contributing to the session were Ryan O’Donovan (of Beat Express and Zombie Crash fame), Gareth Edwards from Carousel, Phil Perkins from Pavilion Publishing (promoting the Pavilion Music Awards), finished off with an amzing 15 minute songwriting masterclass from Daniel Wakeford and his producer Tom Cook.

My part of the talk telling the story of Heavy Load and how, from the smallest of seeds we went on to achieve things that still seem like a dream at times, and how we created a charity which promotes full and active social lives for all people with learning disabilities. 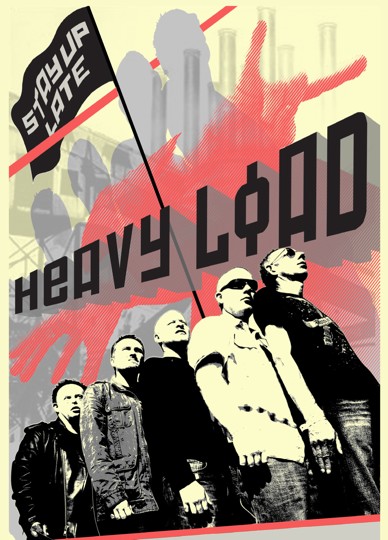 The story of Heavy Load – a punk band known for their chaotic and energetic live performances who went on to start the Stay Up Late campaign which grew in to a charity. And the difference the charity is trying to make in supporting people with learning disabilities to lead full and active social lives of their choosing.

It’s also a story of how we’re trying to create mainstream opportunities for people with learning disabilities through music. 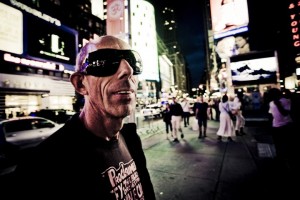 Jim – the man who started it all.

Jim lives in a registered group home run by Southdown Housing Association and used to while away his time strumming on a guitar in his room. One day his support worker asked Jim if he’d like to do anything with his love of music and Jim said he’d like to be in a band. They sent out an advert round Southdown Housing and a week later they had their first band practice. Little did they know what they’d get up to over the next 15 years.

This approach also influenced the way we do everything – ‘keeping things punk’ – having ideas and putting them in to action quickly, experimenting and failing but also triumphing too. 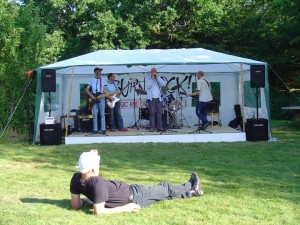 In the early days this was quite typical of the sort of places we’d play. Taking our off the wall performances to places that weren’t always prepared for what we were about to unleash on them. We didn’t care and didn’t hold back, no matter what the stage looked like or how many people were in the audience. (To be fair I think the BBQ had just opened as we hit the stage on this occasion!)

And we continued to play at disability nights and day centres, often getting paid little or no money.

Then in 2005 everything changed. We were approached by award winning film director Jerry Rothwell who’d read about us in a Mencap newsletter in his GP surgery and was intrigued about the story of a punk band made up of musicians with and without learning disabilities playing Clash covers and crucifying songs by Kylie and Bros in their own

distinctive style. Jerry followed us round for 2 1/2 years and in 2008 ‘Heavy Load’, the movie (www.heavyloadthemovie.com) was premiered at SXSW, Austin. Texas.

Looking back on the film it’s about a lot of different things, and on one level it’s just a film about 5 blokes ‘going through a mid-life crisis’ (as Jerry once said). The film also featured us starting a campaign called ‘Stay Up Late’.

One of the common features of our gigs was our fans leaving at 9pm, just as we got on stage. Just like Spinal Tap we never for one moment thought this had anything to do with the quality of our performances and thought something else must be going on related to support workers working inflexible shifts. Typically shifts end at 10pm meaning an exodus at 9pm to make sure everyone is home in time.

If you think about this it’s a crazy situation, and means that people with learning disabilities are missing out on full and active social lives, something that many of us take for granted but is vitally important in terms of our informal support networks, friendships, and how we express ourselves. It’s also no doubt going to have a significant effect on people’s physical and mental health. So we decided to mount an awareness campaign – which was featured in the movie and the consequence was that BBC, IFC (in the US) and cinema goers got in touch with us to say they were also experiencing the same frustrations.

(It also meant that fans weren’t walking out because of the quality of our music!)

The movie went on to receive various awards and was made Film of The Week by Mark Kermode on BBC Radio 5 Live. We were also featured in a 4 page article in the Guardian Weekend by Alexis Petridis – and even got in Heat magazine’s Top 10 movies!

So the movie changed everything for us as a band and promted us to start a national charity. 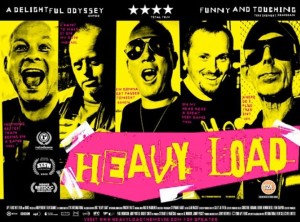 More on how the movie changed everything in the next post.