Stay Up Late and Gig Buddies say NO to racism

In recent months we’ve seen lots in the news about the Black Lives Matter movement. We talked about how we felt about this at a recent Stay Up Late/Gig Buddies advisory group meeting.

There was a strong feeling that as a charity we should not remain silent about the issue. Andrew said, “it’s wrong to discriminate.” Daniel agreed, adding, “Why should it matter what colour someone’s skin is? It’s all about going out and having fun together.” Robert summed things up saying, “racism is absolutely disgusting.” 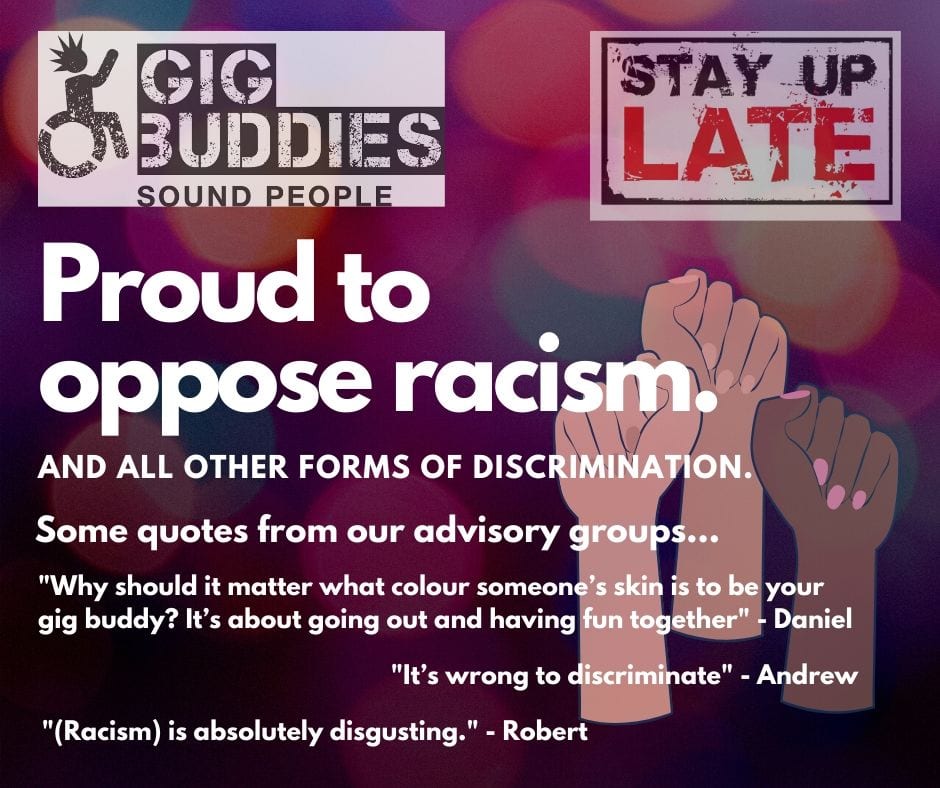 Lucy and Daniel decided they’d like to do something about it. They came up with the idea of creating an Anime-style graphic story to illustrate the issue of racism and other forms of discrimination.

After discussions with Daniel, Lucy has come up with a wonderful piece of work that highlights the issues people face as a result of discrimination, and shows how we can come together as a community to show a better way forward. Here it is……. 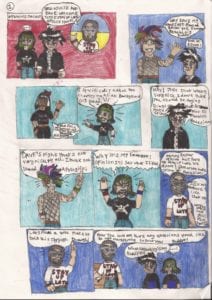