This is a short post about a very long subject…

We’ve been really busy over the past few weeks setting up the Gig Buddies project and now that we’re an employer it’s been important to make sure that we’ve got all the official policies we need on everything. We obviously have a serious responsible as we’re supporting vulnerable people to access community based, mainstream activities and we need to make sure that we’ve got everything in place to protect our staff, people who use our services and also that the charity isn’t doing anything wrong. It was then suggested that we need a social media policy. 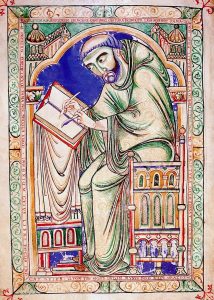 As we all know social media trends and uses are changing all the time and having read through a few I’d found online I was beginning to wonder what relevance there was in having a policy. The last thing we need is a lengthy policy that’s taken ages to write and is then out of date before the print is dry (and I’ve read a few of those!).

Then a friend said he’d heard of a Chief Executive of a social housing provider who suggested a social media policy should be written in a tweet. What a great idea!

So here’s Stay Up Late’s Social Media Policy in less than 140 characters:

staff are asked to engage, experiment

be relevant and take responsibility.

I really think that says all we need to say. We take care to recruit staff who won’t be inappropriate but also support them to encourage them to experiment. What’s more important to us is conveying our message (speling mistakes and all) to our audience in a way that’s real. That doesn’t mean we always get it right but hopefully we never offend people and sometimes provoke debate. We also aim to build our online community with a shared vision and purpose.

Now we just need to do that with all the other. Now let me see what’s first, Health and Safety….

We’ll be updating on Gig Buddies and maybe more exciting things than writing policies next. 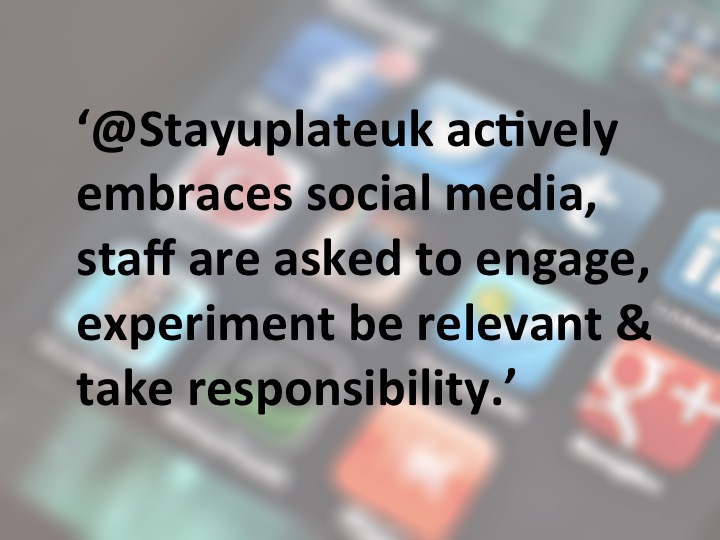