Why I think social care has gone all ‘prog rock’

This summer saw the 40th anniversary of what is regarded as the birth of punk. While there where bands in the 60s that had that punk sound it was the 70s that saw punk rise as a battle cry against the bloated, pompous excesses of the prog rock bands of the time. It was a revolution that changed this country for ever in many ways.

(Warning – if you love prog rock you might find this post a little offensive, but please bear with me!).

On the Channel 4 News they have been running a series of articles called ‘No Go Britain’ – looking at the reality of living in the UK in 2016 if you have a disability. Tuesday’s article was about social care and the presenter, Jacqui who is a spoken word artist, told of her frustration at not being able to be booked as the headline act due to her support workers needing her to get home at 8.30pm. (Incidentally 8.30pm is a time Jacqui negotiated up from 7pm!)

This is a story that will be all too familiar to many of our supporters and we were thrilled that Channel 4 chose to interview 3 of our Gig Buddies, Andrew, Berhana and Harry to get their stories too.

“I have an issue, most care agencies will only send carers until a certain time of the night, it means I’m forced to have a very early bedtime.” Jacqui

Andrew, Berhana and Harry were asked about their experiences but also the difference that Gig Buddies makes to them:

“One of the people Michael that I know was at this pub and having a few drinks and the staff turned around to him and said it’s 9 o’clock now we’ve got to go home and it’s not fair.”

“I went to the cinema in the Komedia, and it was Star Wars episode 7, it started at 12 and I got home about half past 2 and I loved it” Andrew

“When I was younger I did spend a lot of time at home, very like, I got really down and had some really down, dark days so now I think I’m making up for it. I can do whatever I want but that’s only possible if I have the right support.” Berhana

People who need support know what they need

Being independent doesn’t mean being left to your own devices, it means getting the right support to live how you want to. None of us are truly independent, we’re all inter-dependent in some way.

The piece then goes on to talk about the story of Martin who had his funding reassessed and lost about half of it as a result. Martin explains that his funding enables him to keep active, have massages and attend a gym. All things which aid his health and well-being, however, the local authority said he would have to move in to a care home, despite this being more expensive!
I know, this doesn’t make sense, but someone somewhere is following some laid down guidelines at county hall that they work to, even though it’s hard to understand why nobody is challenging them from within. Maybe there’s also a fear of the Daily Mail writing a ‘Disabled benefit scrounger goes to gym’ type story. The fact is though that the benefits of using personal budgets in this way can be huge, and people who need support, and their circle of support, ought to be trusted to know what is best for them. That isn’t a decision that can be made at county hall.
Fortunately Martin successfully appealed against the cut and had his budget reinstated, but imagine the stress and anguish this alone must have caused.
(Norfolk Council also apologised which is nice to hear). 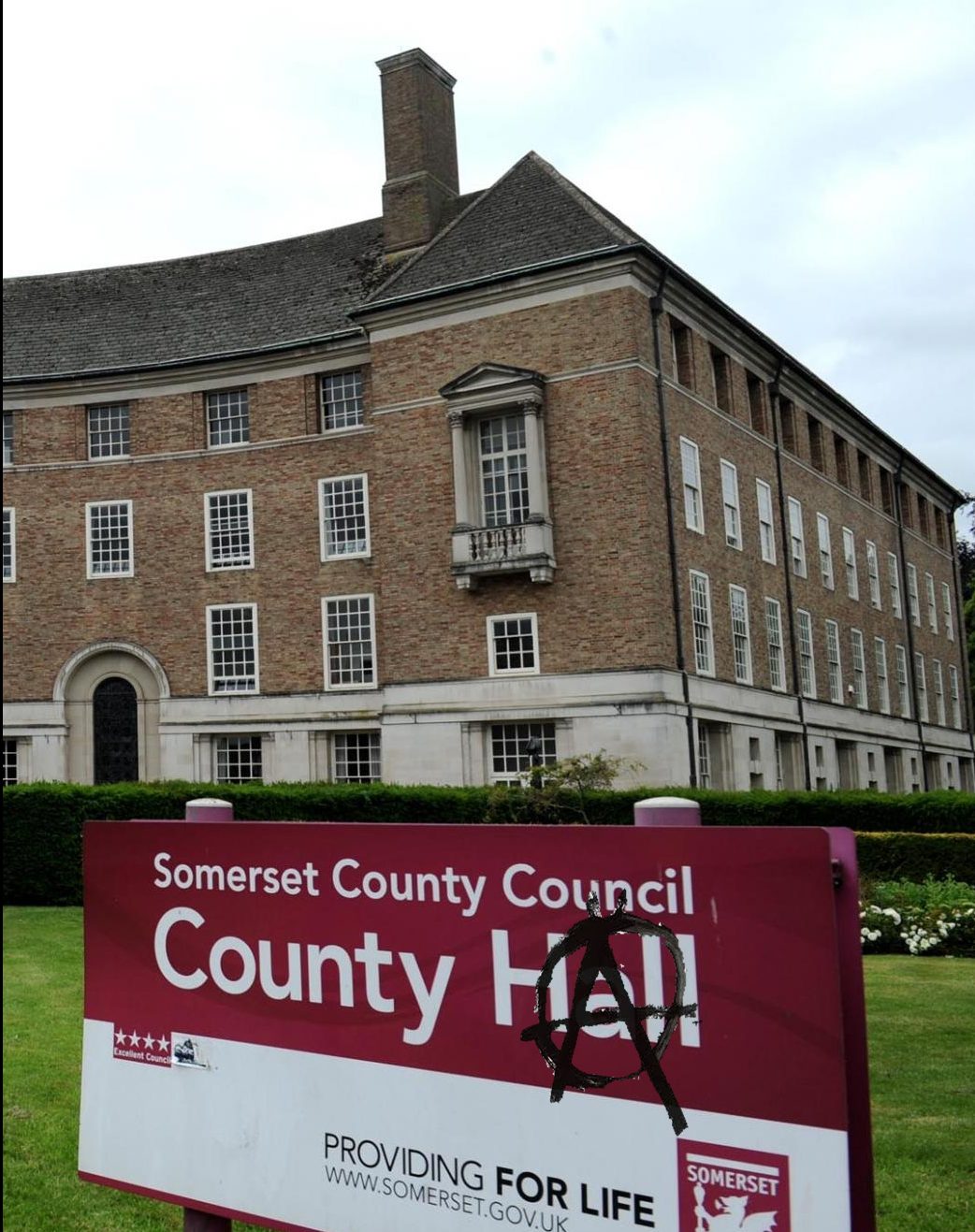 The other week I was reading this piece in Community Care about Somerset Council who had dramatically increased the take up of personal budgets from 7% to 33% in just a year. This sounds like a great thing as it means many more people would be in control of deciding how they are best supported. However, it turned out that they’d massaged the figures by sending out a letter to 3000 people telling them how much the council spent on their home care.

Now as a lay person this makes absolutely no sense whatsoever. I imagine that there must have been some high-level meetings which agreed this clever ruse. I can’t understand why this was challenged though, and I also imagine there were no people who use services invited to these meetings to offer their views and guidance on the matter.

Any targets set around personal budgets would be set to improve the lives of many people who need support by enabling them to develop a truly person centred service that supports their independence, not to enable management at Somerset look great (which has also obviously backfired badly anyway).

Time for a new punk?

This got me thinking that maybe the whole social care world has gone a bit ‘prog rock’ and that we need a new punk revolution.

The world of social care is a complicated and confusing one at times with the complicated words, acronyms, ‘pathways’ for this that and the other,  detailed (and often repetitive) referral and assessment processes, rigid rota systems, contracting and commissioning, and risk assessments (and many other things). It all started to remind me of the excesses of prog rock. 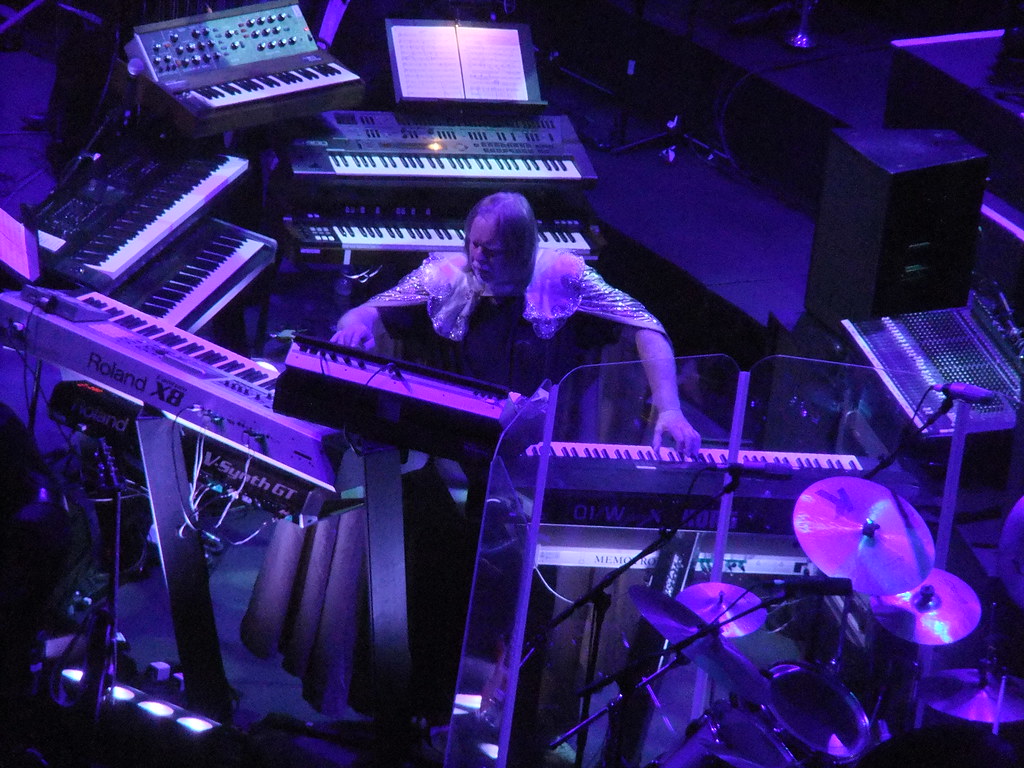 The banks of synthesizers, gratuitous time signature and key changes, the mystical lyrics, the virtuoso (and overly long) guitar solos, 25 piece drum kits, wizards and clever/awful album covers.
It all adds up to something that I, as a listener, find inaccessible. I just can’t work out what’s going on. I also find I tend to drift off halfway through trying to listen. I’m not clever enough to appreciate the nuances of these key changes, or the lyrical references.

(And yes I know there are probably good exceptions and I do own some prog albums myself too).

But to keep this analogy going I just want a simple tune with a simple message. Isn’t that what people who use services, and their families, are crying out for? When it comes to social care and I can’t imagine how frustrating it must be to live in a ‘service’, and how much tenacity, knowledge and stamina you need to fight for what is rightfully yours.

So 40 years on from the birth of punk I think its time we had a punk revolution in social care. We know what needs doing, we know there’s less money and we know there’s very clever people, and very good people working in the sector.

We know there’s millions of people in receipt of support who are best placed to tell you how they want to be supported, and I don’t believe there’s a single person who can’t tell you that if you listen to what they’re telling you properly. (However they are able to communicate).

So lets get these clever people off their ‘banks of synthesizers’, and instead co-produce solutions with the people who need the support.

In our charity’s Mission and Values we say we like to ‘Keep It Punk’ – but what does this mean?

There’s a danger that perhaps this might make us sound reckless and offensive little oiks who just like to stir up trouble. What it’s really about for me is:

But it’s NEVER about being reckless in a way that will harm people, and of course always trying to be fair to people (and being legal!)

Here’s some questions for you to ponder

(And apologies to any prog rock fans who were hurt in the writing of this post. Please feel free to send me playlists of suggested tunes to help me be less harsh in the future).

And one thing you can do right now

Send this letter to your MP to ask them what they’re doing to support flexible support, and let us know how you get on too.

(Read more about this in our recent post about the impact of Brexit). 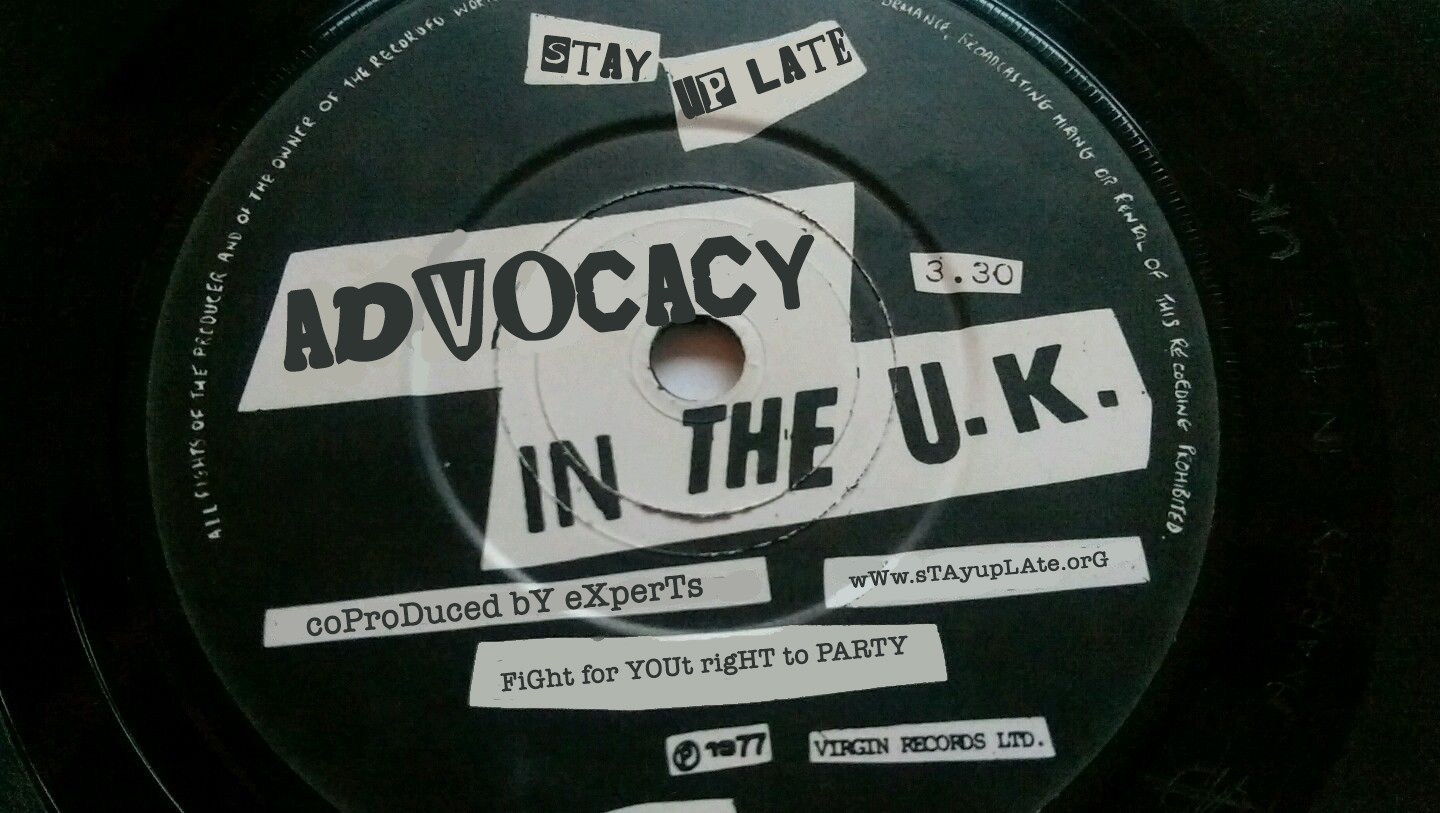 And don’t forget to Keep it punk people!