Sexuality and people with learning disabilities

I read this awful tweet yesterday, I’ve no reason to believe it’s not true, it was published by a barrister representing a client with a learning disability who is also gay. Why would he lie about that?

@ukhomeoffice doesn’t believe my client is gay as it’s not credible someone with severe learning difficulties would be sexually active. A new low.

We can hope that at best there is a rogue, ill-informed worker at the Home Office who has never stopped to think, or find out, about the lives of people with learning disabilities. Unfortunately, with the news as it is today it could well be that this isn’t an isolated case and that this is a widespread view held by the Home Office. Whichever, it’s shameful, it’s de-humanising and it’s infantilising.

At Stay Up Late we challenge ourselves to put the views of our beneficiaries (people with learning disabilities and/or autism) at the heart of everything we do and that means creating every opportunity for beneficiaries to recruit our staff, work in the office, be on the board, hold advisory group meetings and all manner of other things that crop up during our work. 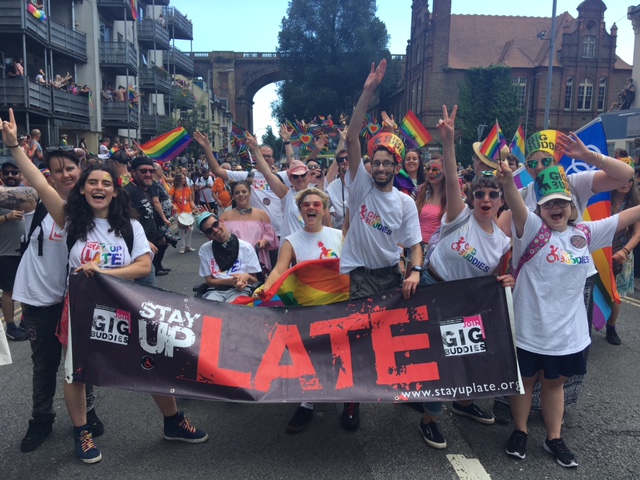 The corner stone of this work is our advisory group, The Storm and Thunder Team, who meet every month to provide their input on our Gig Buddies project and our wider work as a charity.

It was at one of these meetings that a number of participants who identify as LGBTQ+ commented that they needed their own meeting to better talk about issues facing people with learning disabilities who also identify as part of the LGBTQ+ community.

It wasn’t our idea, it was theirs, and we supported them to set up the Wild Rainbows group.

Watch this video to find out more about their work:

Over the last 3 years, the number of Gig Buddies who identify as LGBTQ+ has also grown and we realised that we needed to do something to ensure they had a place to talk, and for us to listen.

The group have gone on to link up with other LGBTQ+ groups in the city and organise their own socials (the ever popular Lady Boys of Bangkok is now a regular item in the Gig Buddies calendar during Brighton Festival.) 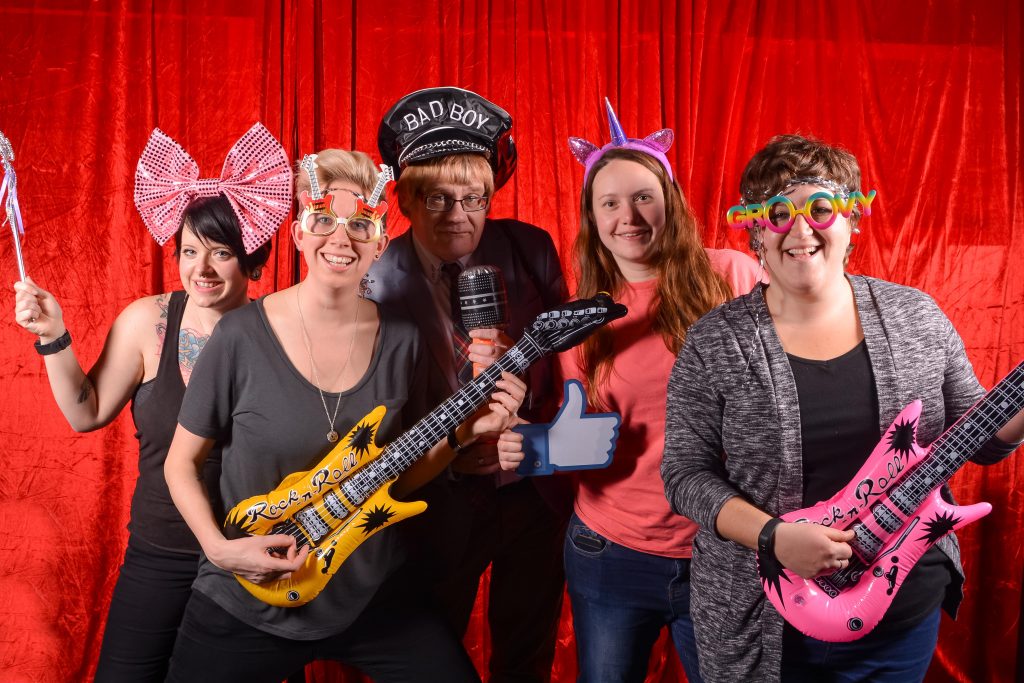 The tweet about the awful case involving the Home Office isn’t just about LGBTQ+ people though. It of course betrays a wider held view that people with learning disabilities shouldn’t have sex, they might after all go on to have babies and then all sorts of bad stuff could happen.

I’m not for one minute saying it’s simple, but we mustn’t tar everyone with the same brush. In the same way that the non-learning disabled population can’t claim to have the monopoly on successful relationships and brilliant parenting.

This was brought home to me the other week when we were making some films for Open Future Learning. One of them involved an actor with Down Syndrome walking up and down a bust street in Brighton holding an over-sized placard with the word ‘SEX’ on it. 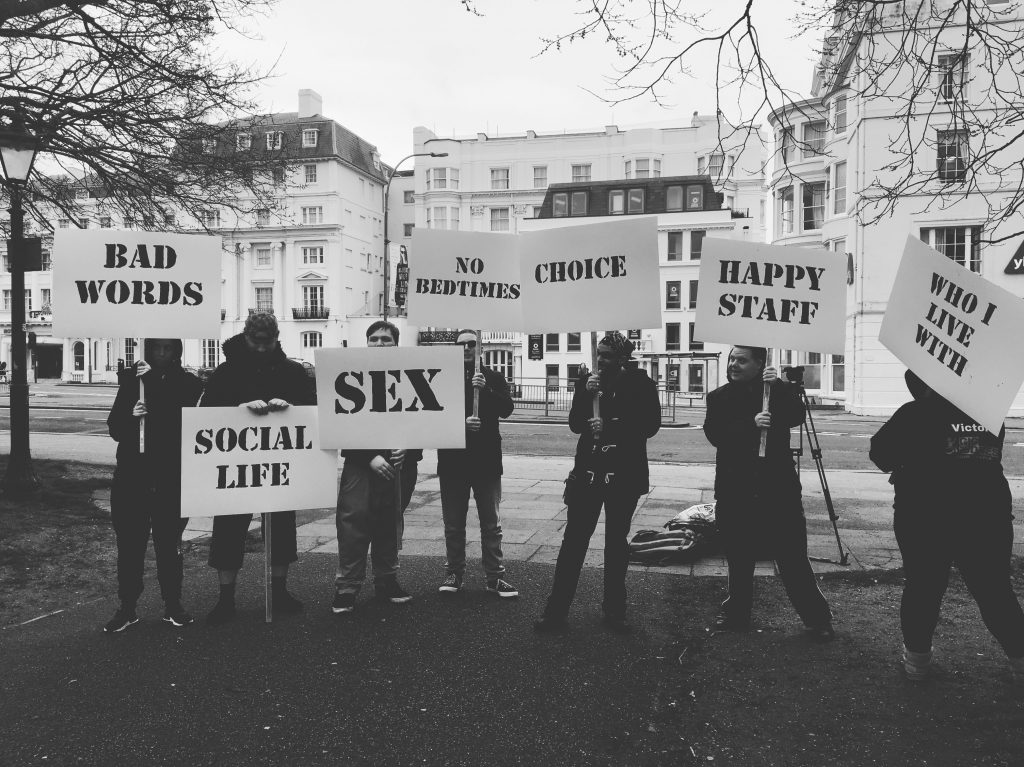 Passers by were intrigued to find out what we were protesting about (or indeed offering). One woman came up to me and said quite directly that people with learning disabilities shouldn’t be ‘allowed’ to have sex. It was far too complicated in her view and best that restrictions be applied.

What this woman didn’t realise was that my kids go to the same school as the one she’s a governor at, and I’ve had the displeasure of sitting behind her at school concerts where she’s been four sheets to the wind and chatted with her friend all the way through. Maybe not a great example of good parenting herself (I didn’t say anything about that to her though!)

Anyway, this is to say as a charity we listen to the people we work with, we don’t make assumptions, we know that life is complicated, we don’t have the answers but we do listen, we do explore issues with people and above everything we respect that we’re working with people who are adults. People who quite likely have the same sexual needs as many other people, as well as the need to be loved.

And we’d like to extend a warm invite to anyone from the Home Office who’d like to march with us in Brighton Pride this year. We’ll be in the ‘hot pink’ part of the parade pushing our new wheelie-bin sound system – ‘Dustbin Beibar’ pumping out disco hits. 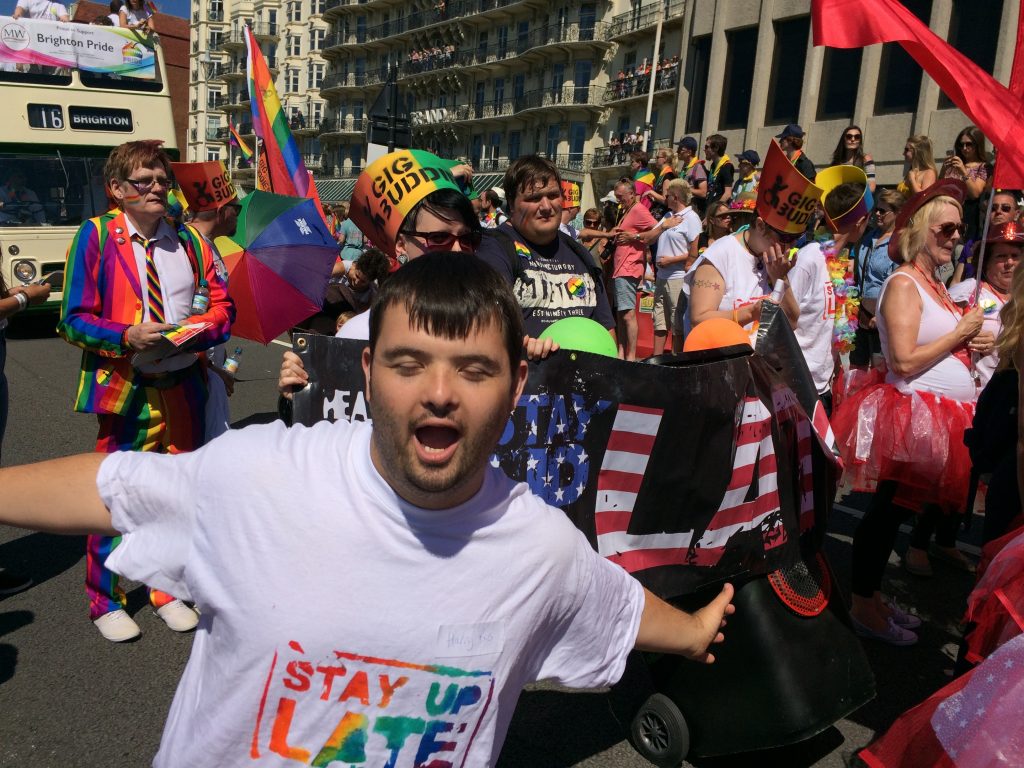