The secret to writing a #NoBedTimes rota

The secret to writing a #NoBedTimes rota

At our recent (un) Ordinary Conference one of the attendees asked ‘How can you support teams to write rotas that support people to stay up late?’

In this post we are going to reveal the secrets to writing a flexible rota that enables people with learning disabilities to stay up late (if they want to) and most importantly lead a life based around how they choose they want to live their life.

What a difference 4 days make. On the Friday I was speaking at an event addressing loneliness for people with learning disabilities and whilst in many respects it was a great, I was also left feeling a little deflated and frustrated by some of the conversations I’d had about what we can do about this issue.

Fast forward 4 days and I was sat with Rob, Chris and Agnes from Grace Eyre, a support provider based in Hove and the city’s oldest charity supporting people with learning disabilities.

This post is will reveal the secrets to showing how it is possible to write rotas that mean not only do people with learning disabilities lead great lives, but support staff find it better too.

It can’t be done? (The reasons you might be told)

The frustrating conversation I had at the event tackling loneliness was with 3 managers of group homes, all from the same organisation. They told me they had been there for 30 years, as had the residents and “consequently everyone is quite institutionalised, and that includes the staff”. The more I think about it it’s beyond my comprehension that somebody could say something like this without feeling any shame.

They told me that the unions wouldn’t allow rotas to be changed.

They then told me that it was impossible for the people living there to be involved in recruiting their support staff in any way as “they are simply far too disabled to be involved”.

Again this is something that I just don’t believe and another time I’ll write some more about different approaches I’ve seen and used over the years, and how I’ve not met anyone yet who can’t tell you how they want to be supported.

People like this are like kryptonite to me, they drain all my energy, and anyone who knows me well will know that when I’ve worked with people like this in the past I find it incredibly challenging. They are the sort of people who will present a problem and acknowledge that it exists but then present half a dozen reasons why they can’t do anything about it.

Quite simply I see this as an irresponsible position to take. They are absolving themselves of any responsibility in the situation and won’t take on the challenge of doing something about it.

It can be done! It really can!

Before Christmas I was invited to speak at Grace Eyre’s staff conference and I was asked to be ‘playful and challenging’ – which is something I like being so I was happy to oblige! It was a great event and nobody lobbed any rotten fruit at me!

Then a few weeks later I bumped in to Rob, one of the managers from Grace Eyre, who said they’d been really inspired by our campaign and had made significant changes to the way they provided support as a result.

I arranged to meet with Rob and find out what the secrets to his radical actions were, the changes they had made and what had changed for everyone. (Both the people who they supported and the staff team).

He did this through getting ideas from other managers, consulting with staff and de-personalising any problems so as to find the best solution.

Here’s what they did – their secrets revealed

They didn’t book in extra staff they just made it normal that staff would be needed to support people to go out in the evenings.

2. They re-wrote the rota

Removing the inflexibility of shifts that ran from 8am – 2pm and 2pm – 8pm. Now I know from having been a manager that re-writing a rota can be a monumental headache. It’s like the mother of all Suduko puzzles. Trying to accommodate all the needs of the people you support and your staff team can be difficult BUT it’s your job! Happily Chris, the service manager, relished the challenge of re-writing the rota entirely by getting ideas from other managers, consulting with staff and de-personalising any problems so as to find a good solution. Accommodating your staff team, within reason, is also important as you want a happy staff team.

3. They explained why the changes were needed

They engaged with the staff team to explain what the changes were about.

4. They checked on the legalities

Who knows if the ‘unions won’t like it’ is a valid reason? It’s of course valid for the unions to uphold staff terms and conditions, as written in their contracts. In this case the union were a great help as they provided clarity about what was relevant which enabled any ambiguous objections to be dismissed.

There were some staff on TUPE contracts and for them they got paid a little bit extra. (In reality this is a tiny amount of money and not something the management are worried about as the benefits far outweigh any cost).

In this case the unions were a great help – making it clear what was relevant to terms and conditions for staff employment contracts. This enabled any other ambiguity to be got rid of.

The lesson here is don’t let people use ‘the union’ as a vague reason when in fact they’re just saying they don’t want to do it, or don’t like the idea.

5. They allowed staff time to adapt

They introduced a transition period – for the staff team to adjust.

6. They stopped clock watching – A night out is a night out!

Often we hear that people suggest a pragmatic approach to preventing the issues of leaving club nights early is to have the ‘hand-over’ at the club. I can see why people think this is a good idea but if I go out with someone for the night I want to share the whole evening with them. So staff are there to spend the whole evening with people and be relaxed about what time they leave.

Thinking about other evening activities – it’s not just about clubbing, the people they support love having a walk on the seafront or having a kick about in the park. They have reclaimed the evenings!

No support staff from this house will leave a night at 9pm just because “that’s what we always do.”

7. They brought challenge in to their work.

One person wanted to go out for pizza. Under the old way of working the staff would try and work out how to fit that in before the shift ended. Now they see that the point of a trip like that is not just eating a pizza, it’s about going out and being present with someone and supporting them to enjoy an evening out in a restaurant. That might include stopping off to do other things too! It’s a simple switch in thinking that has transformed their work.

8. They’ve taken time to listen to what the people they support want to do.

For example, for one man routines are all around meal-times and he’ll want to go to bed after dinner. So they’ve supported him to think about this differently and will go out for a meal to enable him to experience different things in the evening. Not every evening, but regularly and when he wants to.

Rob shared some simple stories that really illustrated what the change has meant.

There was one person who it was said of didn’t like curry. In fact when they were taken out for a curry once it was suggested it was a safeguarding issue! 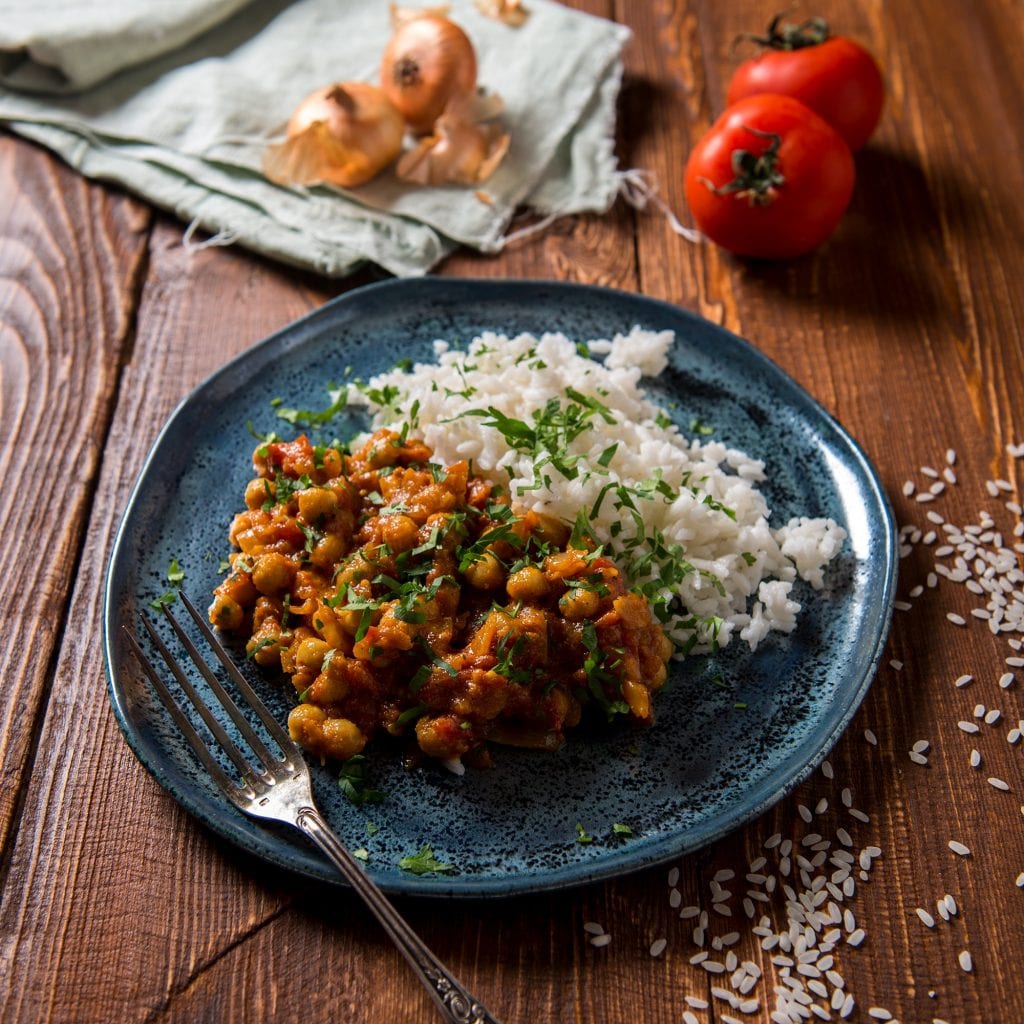 This person is non-verbal, and generally isolates himself. He sticks to the same jokes and a small set of Makaton signs. On his way out to the pub he signed to his support worker that he wanted a curry so hot that he’d need to take a shower afterwards. He thought it was hilarious, and was a breakthrough in his engagement and communication.

This new relaxed way of working has introduced more experimentation and discovery in to the work of the team. It turns out that this man does indeed love curry now he’s tried a few different ones!

One member of the team said they weren’t happy about working late. But then through working late and processing the changes they realised that not only was the life of the person they supported better, their own work life was also better. It meant that they could get up later, do a bit of work on their allotment before work and they felt much more relaxed as a result.

One person they support, who has limited mobility, and is quite nervous about going out of the house was observed dancing in the middle of the dance floor and having a whale of a time.

The challenge for all of us

This experience of reflecting on Rob’s leadership, contrasting with the seemingly hopeless resignation of the managers at the start of this post just makes me think about one thing in all this. That one thing is about taking responsibility.

If we know something is wrong then it’s our responsibility to try and do something about it, whether that’s personally or by involving somebody else.

There’s a beautiful song by Pete Seeger, Quite Early Morning in which he sings:

I think it’s time for those managers who are like the ones at the start of this article to hand over their ‘banjos’ to someone stronger.

Rob, Chris and Agnes are just such people and fill us with hope that even in these difficult and challenging times there is still so much that is within out power to change and support people to live great lives. A truly inspiring and responsible team of people who have made real transformations to the lives of the people they support.

They know there is still work to do, there always is, but so far it’s hardly cost them anything to do it but has transformed the lives of everyone who lives and works there.

So there you are the secrets revealed – it’s really not that difficult is it??

Tell us your story