Releasing the Wild Things juke box in to the wild…

The Wild Things project started out as an idea by the punk band ‘Heavy Load’. When the feature length documentary about the band was released in 2008 (BBC, cinemas and US TV) the band were overwhelmed with people contacting them to say they’d never heard of people with learning disabilities making music before. Heavy Load had been at the beginning of a growing scene and knew of quite a few bands and solo artists so decided to release a CD called ‘Wild Things – the sound of the disabled underground’. The idea being to use the bands new found fame to help shine a light on other artists.  Heavy Load then handed the production of future CDs to the new charity they had formed ‘Stay Up Late’ with 2012’s Wild Things 3 featuring acts from five continents and earning the project the ‘Inspire Mark’ by the organisers of the Olympic and Paralympic Games.

The Wild Things project has now developed with the creation of the Wild Things Juke Box, thanks to funding from the Arts Council. The juke box has been created by Stay Up Late and artists Cash Aspeek, Matthew Cheeseman and David Quan. (Matthew and David are visual artists with learning disabilities who work with facilitator Cash). The idea was to turn the Wild Things logo in to an actual headphone stand and the artists have created three distinctive versions, all keeping with the rock ‘n roll aesthetic of the project, using gaffer tape, graffiti covered felt and vinyl records to create the sculptures. Songs are selected through an iPad making operation easy for all, and everything is fixed in to a flight case, again in keeping with the rock n roll nature of the project. 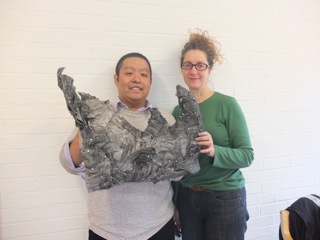 The juke boxes contain around 100 songs from over 15 countries covering a wide range of genres displaying some truly amazing and fresh sounding original music. To pick out any would be a discredit to the others so instead you can check out some of the artists here The Wild Things World Music Festival. 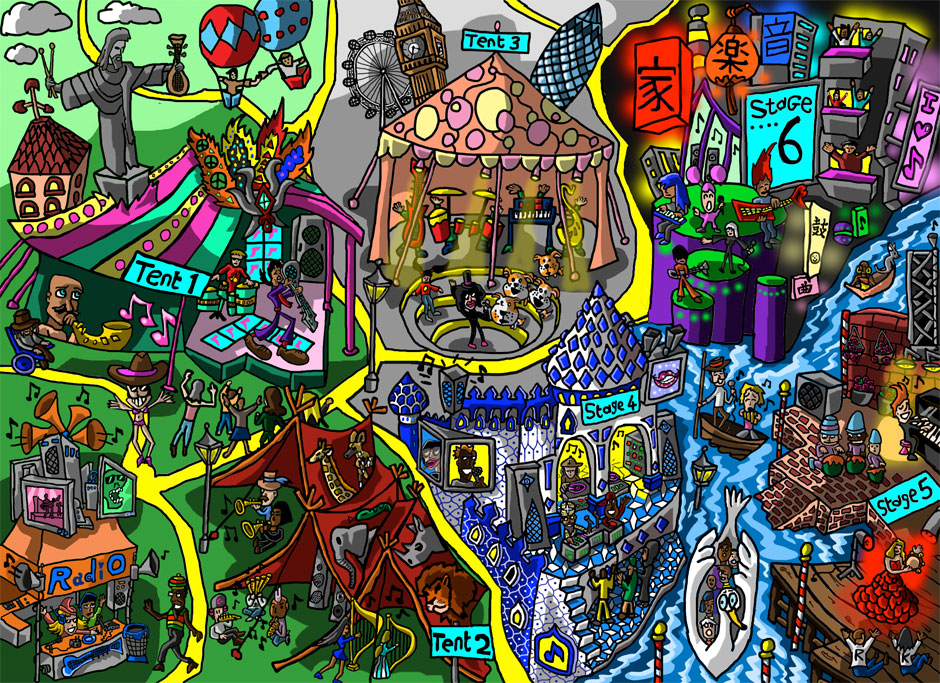 And if you’d like to buy some of the music, and support our ongoing work then please check out our shop here.

The juke box was first exhibited at London’s Royal Festival Hall as part of the Side By Side Symposium, and we’re now releasing them in to the wild! If you’d like to host one of these amazing creations please get in touch and we’ll arrange to get one to you. (If you’re not in the South East please still get in touch – there may be a way).

Stay Up Late is a registered charity promoting full and active social lives for people with learning disabilities.