Last month we sent round our very very short inclusive club survey to people running club nights for people with learning disabilities to find out what was going on at 9pm in 2017.

Depressingly not much seems to have changed since we started the Stay Up Late campaign 10 years ago, although a lot has changed in this country since. The aim of this snapshot survey was to imagine club nights as a barometer for seeing if people with learning disabilities are receiving flexible, person centred support.

Have your clubbers had to go home at 9pm?

Here’s a map to show you what we found

Would you join our movement to help change things?

An overwhelming 97% said YES but oddly 3% said no! (I know I’m a perfectionist about this sort of thing but why wouldn’t you want to say something?)

Here’s some comments from respondents:

this is our biggest bugbear. We suggested that shift changes take place at the club but unfortunately this appears difficult for people to get their heads around.

Yes, undoubtedly. We have on average 200 people attend our clubnights. A large proportion attend in organised client groups. We witness many of these client groups leaving only after an hour or two (sometimes far less). In the past there were some unsavory incidents where clients have been virtually forcibly removed for not ‘cooperating’ with their staff! We feel things have got better over the years we’ve been running events, thanks in no small part to the Stay Up Late Campaign raising awareness; but of course, there’s still lots of work to be done to change the culture.

Yes, staff shifts and peoples’ need to take medication before bed, means quite a lot of people leave at 9.00

We have a number of care homes who tend to leave by 8:30pm, regardless of the clubbers choice

This does all paint a very grim picture which shows that people with learning disabilities are not being provided with personalised support that supports them to lead the lifestyle of their choosing. We were also told of practical issues such as needing to catch the last bus home, or because they’ve got work the next day, but these were in the minority.

We’re fully aware that times are hard but some support providers have found practical ways to make great things happen. The common thread running through these providers is talking to, and listening to, the people they support and then planning ahead with them to make things happen.

They’re not using ‘austerity’, ‘health and safety’, ‘medication’, ‘staff hand-overs’ or other institutionalised reasons as the explanation for why things can’t happen. 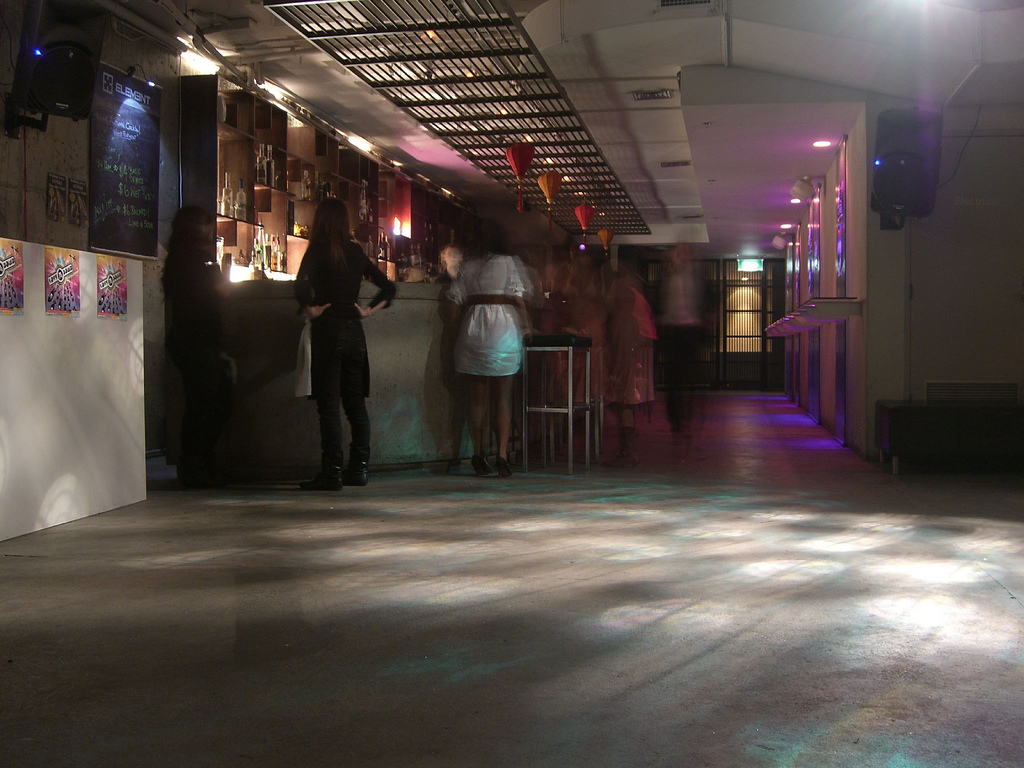 These providers also work in a way that shows deep respect and a desire to make good things happen.

Recently we shared the podcast from Chester Voluntary Action in which there were stories of dancers being dragged from the dance floor and a club turning on the house lights (and the music off) to fool clubbers in to thinking the night had ended. It’s deeply shocking, as is the fairly commonplace belief that it’s fine for people to pay £5 for around an hour of clubbing.

We know the experiences in Chester aren’t unique and I’m certain 86% of clubs could easily share some equally upsetting stories.

So what’s the answer?

We obviously need to keep supporting advocacy groups to enable people with learning disabilities to get better at complaining about poor support but we think there’s another couple of key things that could be done.

1.   We need to talk with inflexible support workers

We’re going to assume that nobody would get in to support worker to not make things happen for people, and therefore they find themselves in poor cultures which prevent them from supporting people in the way they’d really like.

I can’t imagine they’re happy at working in this way and we honestly would like to start a dialogues with these staff to find out what the problems are, we’d even love to chat with people who are happy to actually defend these working cultures too.

It seems key that we start to engage these staff in dialogue as they hold so much power and could be the very thing that helps change things for the better. We’d also promise anonymity.

2.   We need to be finding the right staff

So we’ve decided to run a training day this summer

There’s no big secret to making sure you find the right staff to support people, you just need to use a co-produced approach to recruitment which fully involves the people that you support.

This can require creativity but is the only way to be sure you’re finding the right staff.

Personally I have never met a person who can’t tell you how they want to be supported, it just takes time, patience and an open-mind to find out what people are really telling you.

At Stay Up Late we’ve got years and years of experience of trying a variety of different, and creative, ways to recruit staff, from support workers through to senior managers and Chief Executive Officers.

We often get contacted by people wanting to pick our brains and whilst we love chatting with people it can get hard to balance everything and get our other work done. So we’ve decided to run a one-day training workshop focussing on how to involved the people you support in recruiting the right staff for them.

It’ll be a creative day focussing on practical solutions which are most appropriate to where you work. So if you fancy a day down in sunny Brighton later in the year do get in touch and register your interest.

3. We need to get things moving

We’re planning a day of workshop action in the North West later in the year where we’ll be focussing on not just talking about all these problems but also working out what we can do locally to change things. It’ll be a day for people with learning disabilities, support staff, managers, commissioners and carers. Get in touch to register an interest for this.

So  please do get in touch, we think the only way forward is for as many people as possible to get in touch to create a movement for positive change. And as for the 3% who said they wouldn’t want to be involved in that – you’re still welcome of course and we’d love to have you on board.