The aim of this year’s Annual General Meeting (AGM) was to create a more inclusive and accessible way for us to review our work and plan the way ahead. We also wanted to capture as many ideas as possible. You may often hear the word ‘co-production’ used around health and social care – well the aim of our AGM was to create a ‘co-produced’ set of priorities for the charity over the coming year. 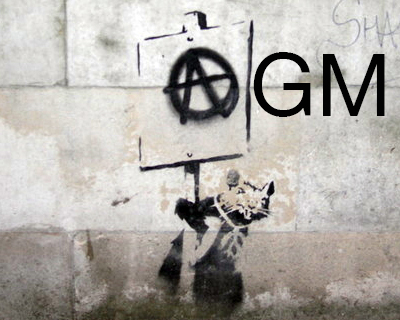 People attending the AGM were participants in Gig Buddies, members of the Storm and Thunder team, volunteers, carers and of course trustees.

To do this we used an ‘Open Space forum’ format in which everyone was asked to think about the question:

‘How can we have the most impact in the year ahead?’

We invited everyone to think about this question in relation to:

But we also encouraged people to dream and come up with crazy ideas too – sometimes these turn in to the best ones.

Group leaders identified themselves, quickly presented their idea and we spent time working these up in mini-workshops.

Here’s the ideas that came out:

1) Creating and leading a movement

How can we support organisations who are struggling with issues around Staying Up Late?

The idea was that we make 2 practical commitments for the year, 2 targets that can raise awareness of the campaign.

Organisations to link up with could be Map Squad and Elfrida and a couple of others that we’re linked to such as Club Soda and Heart n Soul.

We’d also link in a social media ‘Thunderclap’ so as to create a big push through Facebook and Twitter. Then look at doing this in other areas such as Manchester and Edinburgh.

Idea – could we create a “Sod This” award for direct action? A person with a learning disability, or support worker, who’s said “enough’s enough and made some positive change.

Stay Up Late would support all this and act as ‘the broker’, tracking stories and using our online/offline networks to share inspiring stories and build a movement for change.

We could create nationwide ‘story champions’ activists who help us search out positive stories.

The overall aim would be getting the issue on the agenda with a high profile culture shift.

The idea was to do something fun for all the Gig Buddies and run a ‘creepy Christmas’ workshop where we can pull the heads off toy animals and use glue guns to stick them on to other toys bodies. (Like what our friends at Exploring Senses do with their toy hacking workshops).

To make this a late night event it was suggested we could do it ‘in the park, in the dark’ but as glue guns are involved it was decided Max’s office may be more suitable!

Also we could do pumpkin carving with Christmas hats on and loud music to give it a party atmosphere.

The idea is a blind date style event where men sit behind a wall and a woman with a blind fold gets to kiss them all. This would all be part of Stay Up Late trying to find ways for people with learning disabilities to go on dates and develop relationships.

A night like this would need to be really inclusive and so open to people who are gay, lesbian, bi-sexual and transgender.

Ideas for the name of the night were:

There’s a clear need for us to now develop our fundraising strategy to continue the work we’ve started and to ensure we work in those areas that we really want to focus on.

A lot of the ideas we generate need to be funded so a simple priority is to further develop the business plan to inform our fundraising strategy. We need to continue to create a diversity of fundraising streams and develop short, medium and long-term goals around this.

Action – Tina and Tony have offered to lead on this piece of work and will discuss at next Trustees meeting in Dec ’14.

We need to be working towards putting people with learning disabilities in leadership roles in the charity. Now that the charity is 3 years old and set up and running it’s time to ‘Walk the Walk’.

We’ve already started this work through Storm and Thunder Team members attending trustees meetings so the next steps should be:

If we want to share the Gig Buddies model we want to make sure we preserve the essence of it ensuring that other organisations running Gig Buddies are supported to run things in the way we believe they should be done.

So what makes Gig Buddies special? Suggestions were:

How can we open Gig Buddies up to wider interests? It turns out that Sam’s buddy is quite interested in just hanging out, watching football and playing table tennis.

One suggestion was taking the idea to Crystal Palace if Brighton and Hove Albion don’t show any interest but this was felt to be a move that could cause considerable controversy in the city. (Not always a bad thing!)

The idea is that bands tour the world so should Gig Buddies. Using ‘Gig Buddies in a box’ as a model. The ideas is:

Issues to think through:

How do we know what the situation is like around the world?

Are there places that are doing a good job around inclusion and would be a good place to start?

Paul explained that the risk of doing an ‘Open Space’ AGM is that we come up with loads of great ideas but simply don’t have the resources to act on all of them. So to decide which ideas we can take forward we’ll apply our ‘ideas test’ to each.

We will be talking about all these ideas at our next trustees meeting and picking up on a couple of the actions immediately, and inviting members of the Storm and Thunder Team to be present at this.

We’d like you to tell us what you think too so do send in your comments.

We hope that we will be able to start developing some of these ideas soon, others may take some time – but we’ll be reporting on our progress through the website and Tweeting updates, and sharing on Facebook.

Thanks again to everyone who came and shared in our ‘Punk AGM’ – it was a wonderfully chaotic and inspiring event with loads of great ideas coming out. Just who’s idea was it to hold it at 10am on a Sunday morning?

And down load the Easier To Read notes here