Brighton’s iconic Komedia venue was filled with punters in their pyjamas this week as the charity Stay Up Late launched its #NoBedtimes campaign in style. Hosted by local legend, Vince Venus, four bands took to the stage to raise funds for the Brighton-based learning disabilities charity and raise awareness of its new campaign.

Going to gigs, clubbing, karaoke, pizza with friends, pub quizzes, a show at the theatre, comedy nights – there’s no shortage of things you can do to enjoy a great night out. Far too often, however, people with a learning disability are told there isn’t the staff to support them to be out late at night. Some residential homes lock their doors at 10pm and residents don’t have a key. The #NoBedtimes campaign aims to end those outdated practices and ensure no-one is prevented from having a great night out because they have a learning disability.

Jason O’Neill, an Ambassador for Stay Up Late who also works for the charity’s quality team, said:

“The #NoBedtimes campaign is important for people with learning disabilities because we do want to have fun and stay up late. We’re no different from anyone else and we should have the same chances as everyone else.”

Daniel Randall-Nason, another Ambassador for the charity, added:

“When we go out to gigs we want to stay for the whole thing, not leave when the carer says it’s time to go.” 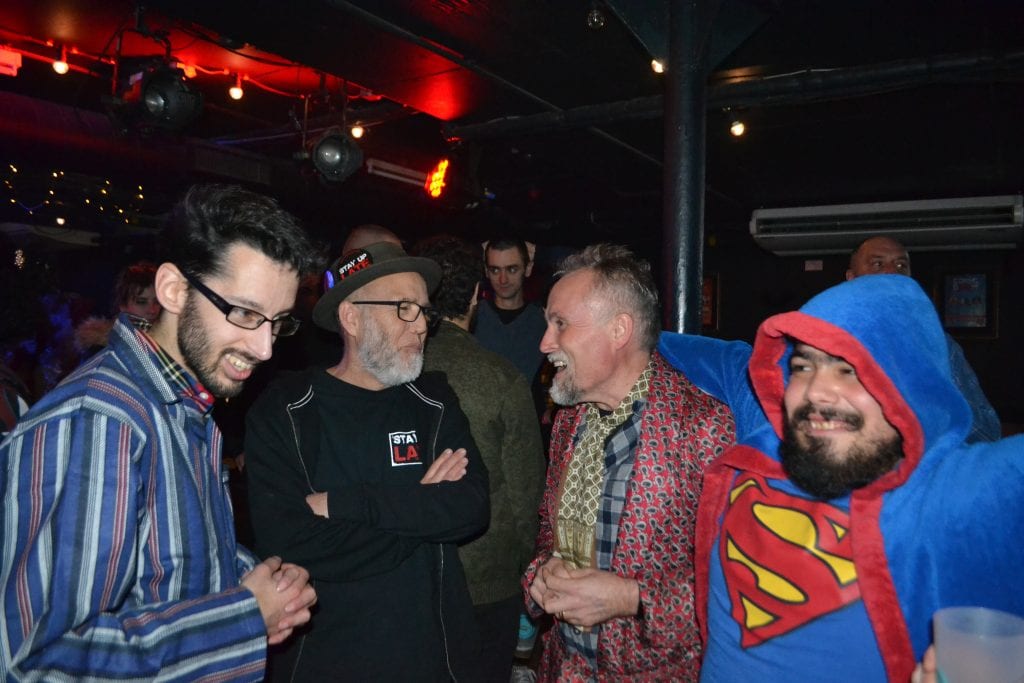 The charity gig night, held at Brighton’s Komedia on 12 November 2019, saw a fantastic line-up of bands. Italia 90, Asbo Derek, 2 Decks and The Golgis all performed on behalf of the charity for a packed night of music, fun and mayhem.

#NoBedtimes campaign packs are available from Stay Up Late which include leaflets, badges and stickers as well as advice sheets for support providers.

Stay Up Late is a registered charity committed to promoting the rights of people with learning disabilities to live the lifestyle of their choosing. Stay Up Late runs the successful Gig Buddies project.