For the past few years we’ve used our Annual General Meeting as a way of making sure that the people we’re here to benefit, people with learning disabilities, are front and centre stage when it comes to helping us shape the future work of the charity.

We’ve embraced the spirit of punk in the way we go about this and this year’s was no exception. We had a fairly good plan, formal bit, the Storm and Thunder and Quality Teams looking back at the year, Paul giving us a look ahead and then a festive sing-song and party.

Then Jason (aka Jaydog) hit on a genius idea and decided we should run the whole thing as his chat show. So that’s what we did!

Jaydog got us off to feeling festive and ready before inviting his first guests, The Quality Team.

Andrew and Rohan told us about the focus of their work and the areas they’re looking at when they’re doing visits. Andrew decided to do this in the character of a Glaswegian wrestler and Rohan as The Queen.

They told us how there’s always lots of actions from their visits and how successful they’ve been so far.

This year they’ve done 6 visits as well as deliver a training workshop of love and relationships for 50 managers.

They also told us of some hopefully exciting developments coming up in the new year. 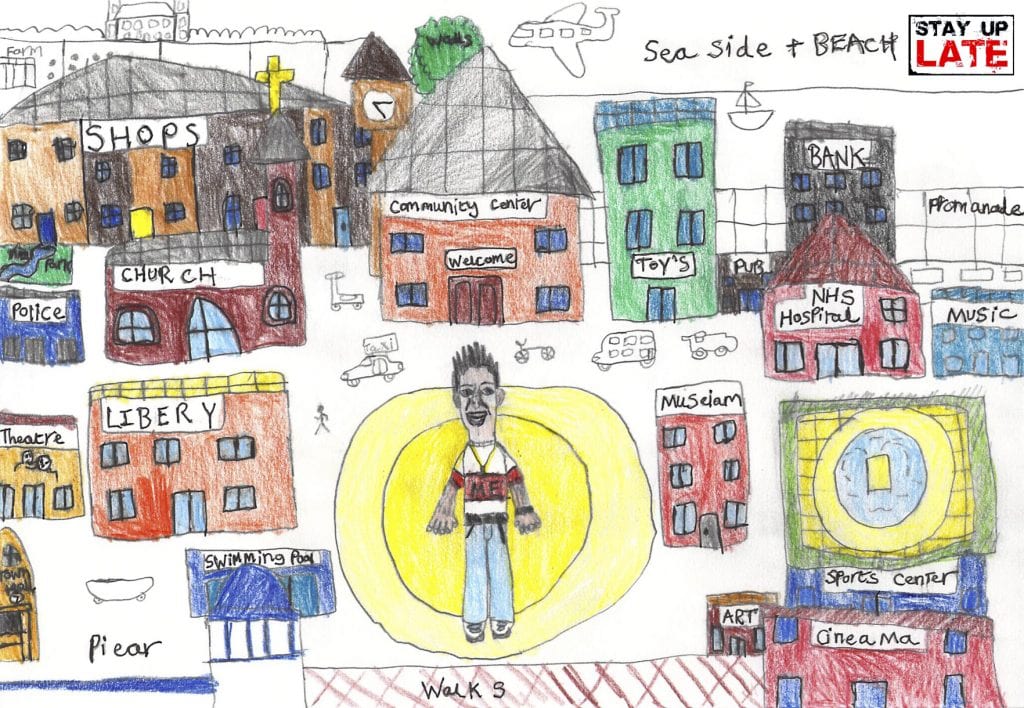 The Storm and Thunder Team

Jaydog asked Daniel to tell us more about his work as a Stay Up Late ambassador and he told us about all the different places he’s been speaking at. Including a trampoline park!

Daniel told us all about the aims of the No Bedtimes campaign and how it’s led to the team wearing their pyjamas in a restaurant and our recent gig night.

Andrew also told us about the (un)Ordinary Conference that we ran in London in the spring and also the plans to develop Storm and Thunder teams in East and West Sussex. 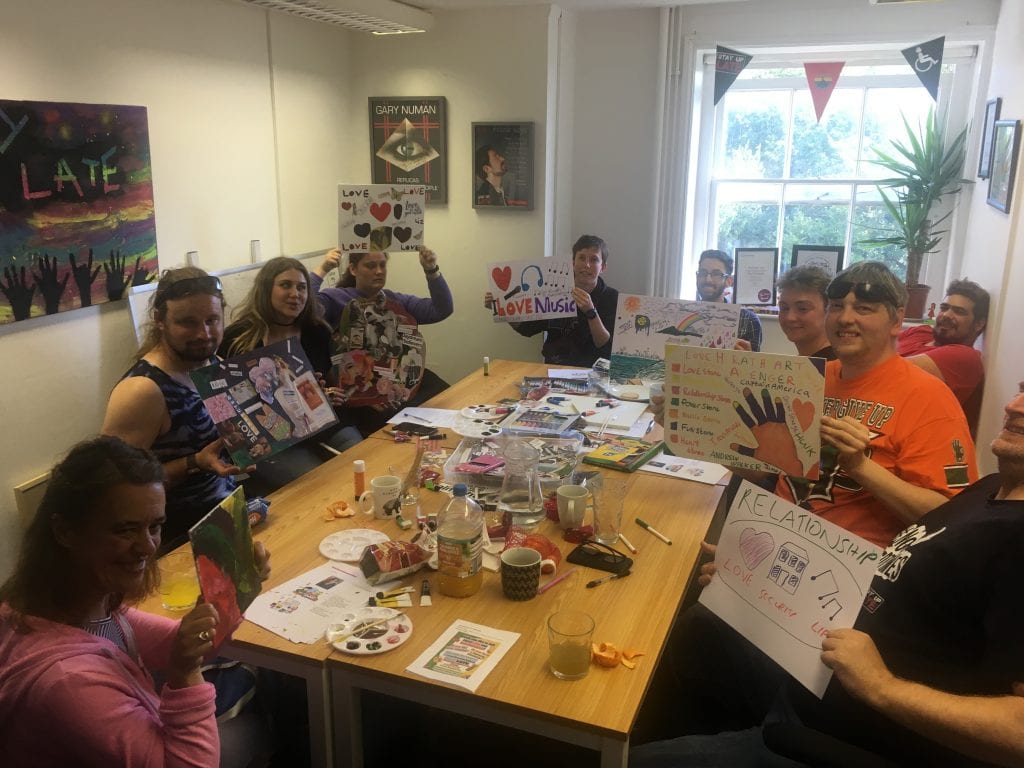 Victoria told us about her work as part of the staff team and how she’s written blogs about having a learning disability and being employed. Victoria also told us about the recent Gig Buddies partners day and how the work of our charity is spreading far and wide.

Jay dog then invited Saskia and Glenn from The Wild Rainbows to take the stage and asked them about the work of their group, focussing on issues facing LGBTQ+ people with learning disabilities.

Saskia told us about going to Glastonbury and seeing Sean Paul and Stormzy.

We also heard about how they met up with Pete from Photosymbols to advise them on incorporating more photos of LGBTQ+ people in their photo library.

Glenn told us about some of the fun things the group get up to too, his first social was the annual pilgrimage to see The Ladboys of Bangkok in Brighton Festival. Glenn also told us how Gig Buddies had supported him to be part of the gay scene in Brighton and develop his confidence.

Thanks for a great meeting

What was amazing listening to all these people speak was not just how they spoke so clearly and passionately about the work of our charity but also how there was a real sense of how they’d developed in confidence and were able to just speak so clearly to a packed room of people.

Of course they had a skilled chat show host in Jaydog to put them at their ease and I have a feeling that this is a format which might develop in years to come!

We’ll be publishing our review of the year soon and you can read our formal annual report and accounts here.