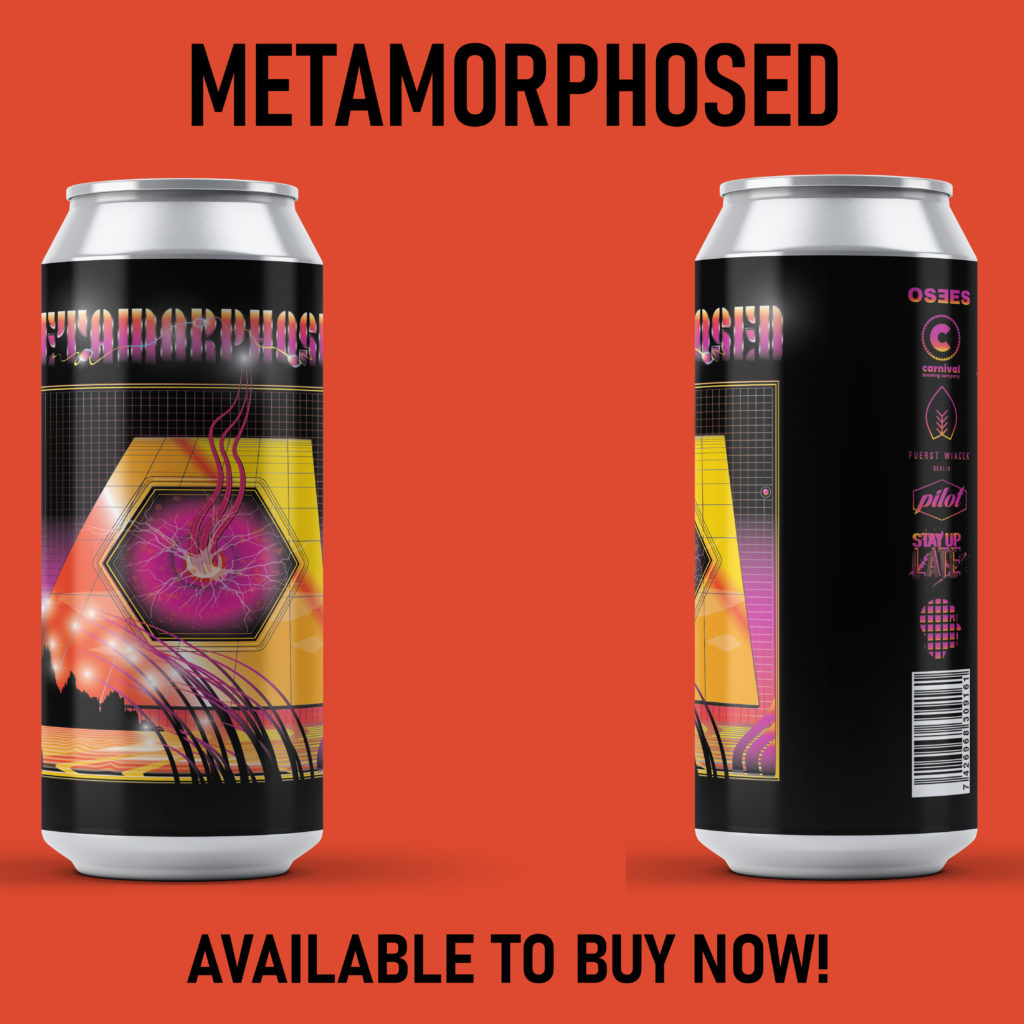 US rock band are touring the UK and Europe and thanks to some Osees obsessed brewers, who also champion our work, we’re extremely excited and proud to be involved the Metamorphosed beer project which sees three breweries come together to make this unique beer. The breweries are Carnival Brewing (Liverpool), Pilot Beer (Edinburgh) and Fuerst Wiacek (Berlin) and the beer is a 4.5% dry-hopped Vienna lager beer.

The whole project has the blessing of the musical magician and Osees front-guy, Jon Dwyer with the artwork being provided by one of the Osees album collaborators, Dylan Marcus McConnell of Tiny Little Hammers.

Pilot Beer have been a supporter of our work for some time and this is a truly exciting development for us. Some of us at Stay Up Late are also massive fans of Osees, and beer, so it’s a total dream come true. Not that we could have dreamed this one up!

METAMORPHOSE is available in 440ml cans from Carnival Brewing Company and Pilot Brewery webshops, as well as from good independent retailers. The beer is being launched in Liverpool at the Carnival Tasting Room on 10th November to coincide with the band’s appearance that night at the Invisible Wind Factory, with a Scottish release at the Dreadnought Pub in Leith on Sunday 14th November.

Check out the mighty Osees below: