News from the Stay Up Late Ambassadors

Earlier this year we began setting up a new network of Stay Up Late Ambassadors to assist our campaigning. These would be people with a learning disability and/or autism who were committed to spreading the word and helping get the message out about the work of Stay Up Late. Here is a quick round-up of what some of our Ambassadors have been up to recently.

If you would like to become an Ambassador or get involved in our campaigning work  in any way please contact darren@stayuplate.org

The Steel Squid Collective (pictured above) are a band of college mates with various learning disabilities who formed a rock band. The entire band are Ambassadors for Stay Up Late. They’ve just made their first EP and are spreading the word about Stay Up Late at their gigs and we get a special mention on their EP.

As well as dishing out flyers around shops and cafes in Hastings where he lives, Daniel has been busy giving a number of talks about the work of Stay Up Late, including organisations such as Campaign 4 Change and Seeability as well as being one of the main speakers at Leigh Day’s ‘A Fair Hearing’ conference in London. Daniel has been reporting back via a number of illuminating blogs he’s written for us.

After giving a moving speech at our (un)Ordinary conference in March, Phillip agreed to become an Ambassador for us. He’s been busy giving out flyers and stickers over in Somerset where he lives and recently gave a talk to students at Richard Huish College.

Andrew recently gave a talk at a meeting of the learning disabilities group hosted by Oxleas NHS Trust in Woolwich and, along with Daniel, was one of the speakers at Leigh Day’s ‘A Fair Hearing Conference’. Other speakers at the conference included Sir Norman Lamb MP, who praised the work of Stay Up Late. Andrew was also quoted in the Guardian newspaper in an article on our (un)Ordinary conference.

Jason took part in a series of rap and poetry workshops putting some of Stay Up Late’s manifesto into rhyme in a way that was both entertaining and thought-provoking. He was also one of a team of people from Stay Up Late who visited Glastonbury this year, manning Stay Up Late’s information marquee throughout each day of the festival.

Victoria wrote a very well-received blog about how so few people with learning disabilities are given the opportunity to have a paid job and what can be done to improve things. She was also part of a small group from Stay Up Late who took part in a workshop discussion hosted by Heart n Soul for a major research project on attitudes to people with learning disabilities.

Fiifi recently set up a pool night to promote the work of Stay of Late and raise some money for the charity, over in Croydon. They had the most amazing success with a pool knockout competition held on Saturday 13th July. Fiifi organised the event to bring local support services together and to those living with relatives to join in and share some fun. Frames Sports bar kindly gave a year’s free membership to those that won together with trophies. 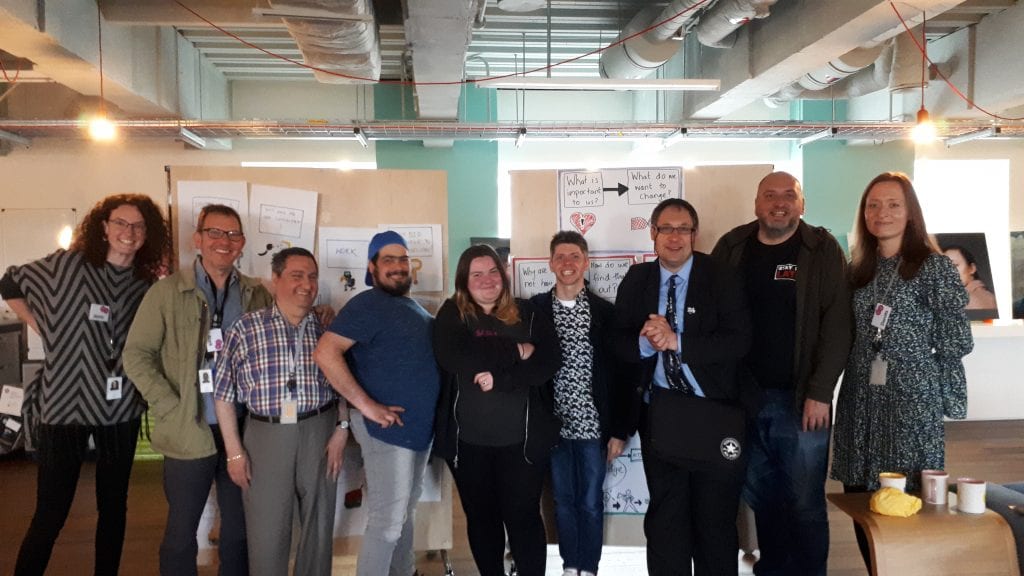