Who came to the meeting?

Group agreements were written up by Daniel

Everyone shared some news…..

Sarah from Speak Out shared some news too.

She talked about their meetings and activities

they organise such as ‘open the gate’ ‘Amex tickets’

Have one in Brighton on the 15th December. Have a meal and then go the Rock House.

Everyone agreed to the Brighton celebration except Jamie who would like to do the KMD in Eastbourne.

We looked through it to make sure everyone understood.

We looked at the pictures to see if we liked the way they were used. 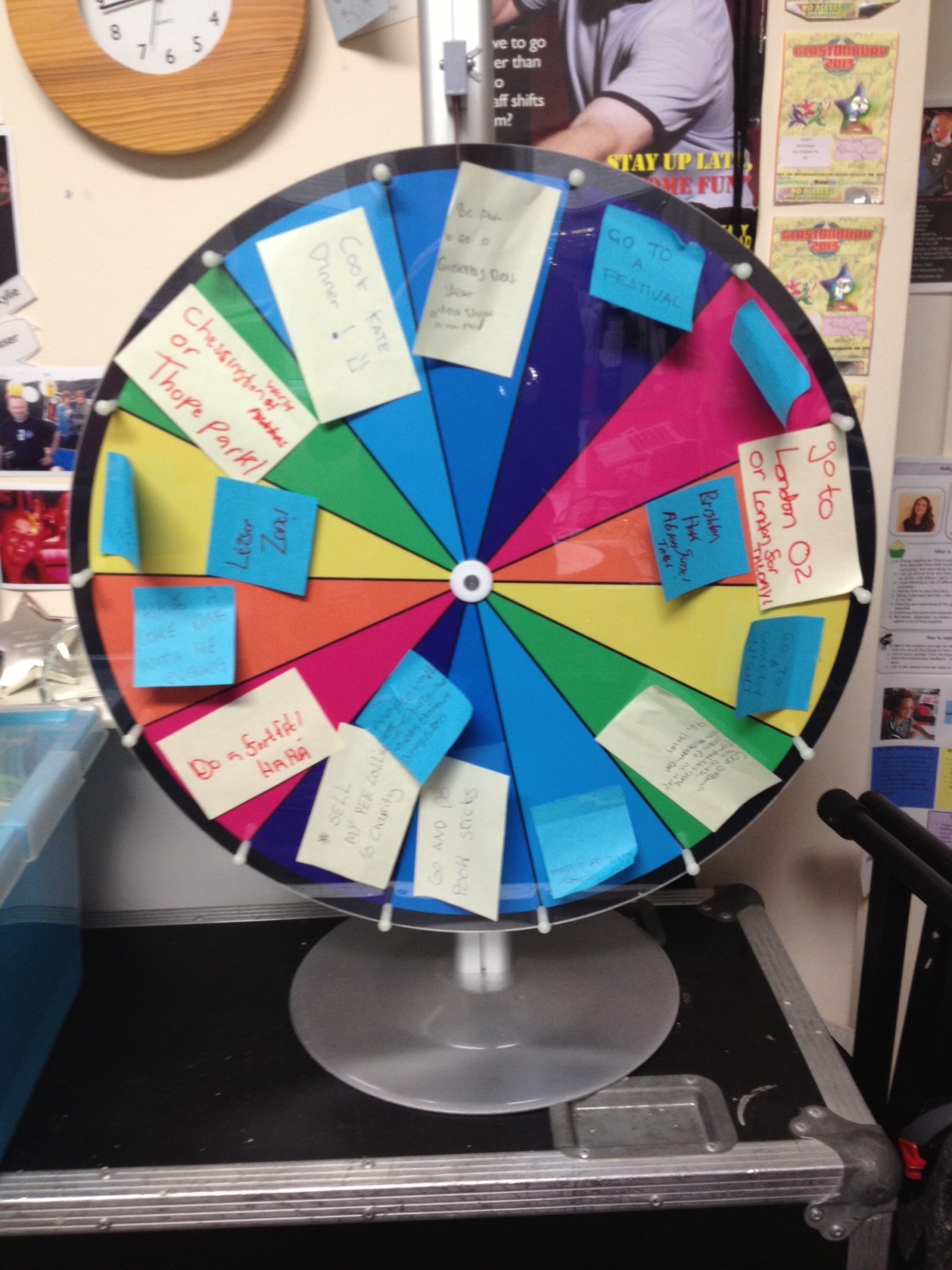 We used the meeting to come up with a list of ‘new experiences’ so when people spin the wheel it lands on something that they have to go and try!

Go to a festival

And do a forfeit!

Andrew said it’s similar to his work at the Q Team meetings which is trying new things and finding inspirations. It is also a good challenge!

We discussed what the AGM meeting was all about (see other blogs on here to find out what this is) and if anyone would like to help and have a role or just come along.

If we have time…Gig Meet-ups

We want to support people to meet up and go to a gig in their local area each month.

We already do this with Gig Buddies socials, but we find it harder to recruit volunteers

in parts of East Sussex, and we want to make sure that people don’t miss out there.

We also want to ensure that people get supported to go out every month, even if their gig buddy isn’t able to help them that month.