Stay Up Late’s (un)Ordinary conference in London on March 26th is a conference with a difference. While the majority of those in the audience will be professionals working in the social care sector in one form or another, all of those giving speeches, leading workshops or making presentations will have a learning disability.

The conference will cover three main themes – communities, relationships and work – and will look at ways in which we can work together to overcome the barriers society puts up and ensure people with learning disabilities can lead an ordinary life.

In the run-up to the conference we’ll be introducing a number of our speakers. Today we say hello to Ben Adams. 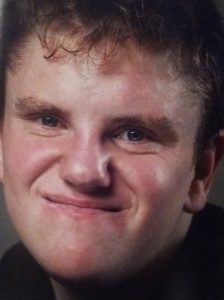 ‘Bashment Ben’ is 25. He loves sports and the Jamaican music scene. His support worker says when he first met Ben he was into an odd collection of hip-hop, folk and Christian rock. However, on the bus he used to get to school there were two Jamaican guys who used to play him Jamaican music on the way home. “I’ve never known a community to embrace someone like they’ve embraced Ben because of his knowledge of the music. They brought him up onto a stage in Brighton and actually introduced him to the crowd. That was probably the best day of his life, “ says Ben’s support worker. “When he was younger, things would get on Ben’s nerves and really anger him. Now he’s just happy all the time.”

Ben will be talking about his involvement in the Bashment scene and we’ll be screening a film about Ben.