Rave on or rave off? Our view on ‘inclusive’ club nights and some challenges

I delayed pressing ‘publish’ on this article as the last thing I want to do is upset all our friends running inclusive club nights up and down the country. The purpose of this article though is start a discussion about the role of inclusive club nights and ask what’s next. The article is quite long but my colleague Kate summed it up nicely with her personal story of how gay clubs played for her, as a young gay woman, an important part in her life but how she now feels more at home in a regular pub drinking ale:

Why have we started talking about this now?

A couple of months ago there was a story on the BBC website about a ‘festival’ in the North West for people with learning disabilities. It appeared that this festival was from 12pm to 4pm and most people were applauding it for being such a wonderful event where people with learning disabilities are safe from harm, with some people saying that regular festivals are dangerous places.

I started to draft a response and other things got in the way. Then last week I saw this article, again on the BBC, about a ‘learning disability rave’ for in Manchester. You can watch the article here:

The three reasons for this night were:
1. Somebody with a learning disability expressed a wish to go to a rave.
2. There was a perception that regular nights were too dangerous for people with learning disabilities.
3. That staff couldn’t work late.
Therefore a ‘rave’ had been organised between 6pm and 9pm and the general feeling on social media was that this was a wonderful thing and we need more of it.

Now I could get in to a discussion about whether this is a ‘rave’ – which for me conjures up an illegal gathering in a field that goes on until the sun comes up – but I won’t because I want to look at other aspects of this story.

I also know I’m going to sound like I’m being very critical of some well-meaning people trying to do something really positive for people with learning disabilities. They are clearly well-intentioned but the solution can never surely be a club night that starts at 6pm and ends at 9pm.

I don’t want to give the impression that we’re against club nights for people with learning disabilities. We’re not, and there are loads of great ones up and down the country that are providing a great night out and which are being led by people with learning disabilities. There’s obviously all sorts of benefits in running these nights for everyone involved and we’re happy to help promote them.
However, we think that these ‘inclusive’ nights need to be viewed as a stepping stone on the road to inclusion. Otherwise they actually create segregated, exclusive nights. If we don’t see these nights as this then we are in danger of using them as a sticking plaster over a much bigger problem .

When I watched the BBC article about the ‘rave’ I was actually angered. I was asking: 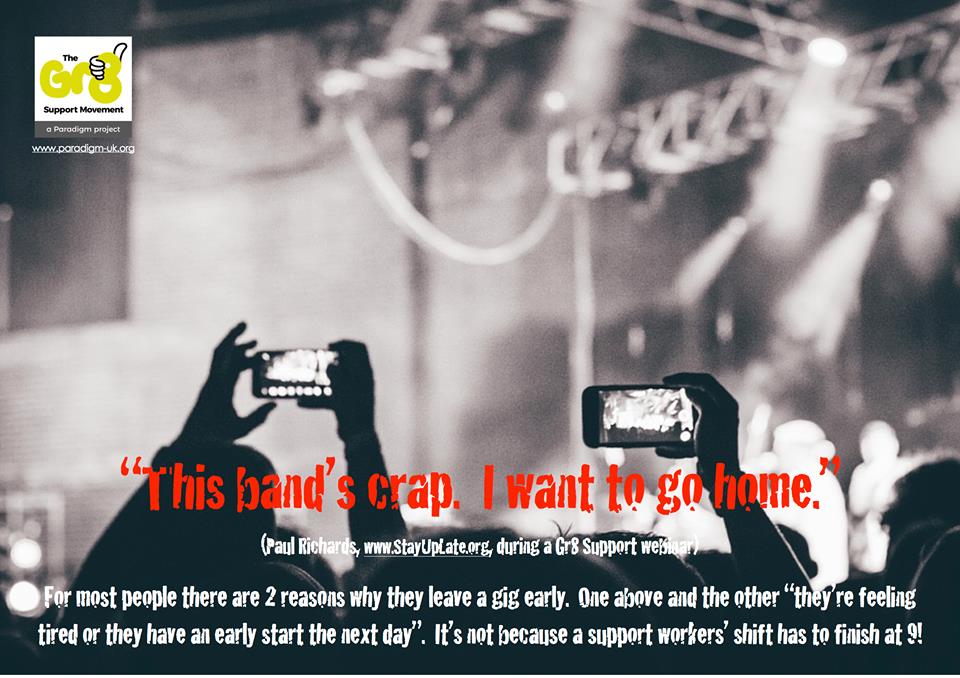 My vision for Stay Up Late is that one day we won’t need to exist as there will be no need for us to campaign against inflexible support systems because they won’t exist anymore. Everyone will be supported in the way they choose to live the life they want. The charity was born from the experiences of our band Heavy Load and all we ever wanted to do was take our music to wider audiences in mainstream venues.

Likewise I’d like to think that one day there won’t be a need for our Gig Buddies project as people with learning disabilities will be able to make friendships and feel welcome at mainstream gigs and events without fear of persecution without our intervention.

Of course these dreams are someway off, but my staff team know I’m on a mission to make us all redundant one day!

There seems to be this pre-conception that mainstream music festivals are dangerous places for people with learning disabilities. That just isn’t my experience. I’ve been to loads of festivals as punter but also supported people with learning disabilities to 7 Glastonbury Festivals (as performers, stewards and staff) and numerous other festivals and gigs both big and small.
Everyone is too busy having a great time and there is generally an overwhelming feeling of love. Why would anybody decide to have a go at somebody because of their disability in such a place?

It’s not about the festival, it’s the team

And It’s all in the planning

I’m lucky to work with an incredible team of staff and over the years we’ve used our experiences of attending festivals to make sure we try and think of everything so we have the best chance of giving everyone a great time. Of course there’s some things that are out of our control but we’ve supported people at some of the muddiest Glastonbury Festivals too.
Every aspect of what will happen is planned ahead so we can provide the best possible support, and also think about our own self-care.
I won’t go in to in detail here but there’s an awful lot of planning and preparation, everything from emergencies to how to stretch out our budget to cook for 15 people for a week. (and who’s doing the cooking and washing up each day).
This means that when festival time comes we can embrace there being no rules in terms of bedtimes or what we’re going to go and see. It’s a liberating time of fun for everyone.

At Stay Up Late we want to push the boundaries of what people think is possible for people with learning disabilities and we’ve successfully enabled people to go to all manner of mainstream events, big and small, home and abroad and know that this can be perfectly safe with thought and planning.

Not just festivals but club nights, gigs and all sorts.
We also know the people we support enjoy it too, as do the staff team. Everyone enters in to the spirit of it, dressing up, dancing and our annual Glastonbury tradition of seeing the sun up on the Monday morning.

What are the real dangers?

My experience is that festivals are welcoming places for everyone, a few days of living life in a totally different way meeting new people and trying out new things (music, workshops, talks, food etc).
So maybe the real danger in all this is the perceptions by managers of support settings that nightclubs and festivals are inherently dangerous places, and therefore it’s easiest to wrap people up in ‘inclusive’ (segregated) environments and not ask those really difficult and challenging questions of ourselves and society that might really be holding people back.

It seems that there’s many support workers who know this situation is wrong but are unable to challenge the managers who are creating these poor cultures. They are told they have to work inflexible shifts and aren’t able to have a constructive discussion about possible solutions.

I believe this is really short-sighted as there’s also the much bigger risk to peoples’ mental health that we seem to be overlooking in all this. The evidence (from the Campaign to End Loneliness) suggests that social isolation is detrimental to peoples’ health so why are we prepared to overlook this?
In fact I’d go as far as to suggest that as social isolation poses such a risk to peoples’ health that it should be regarded as a safe-guarding issue and be risk assessed properly for all individuals. 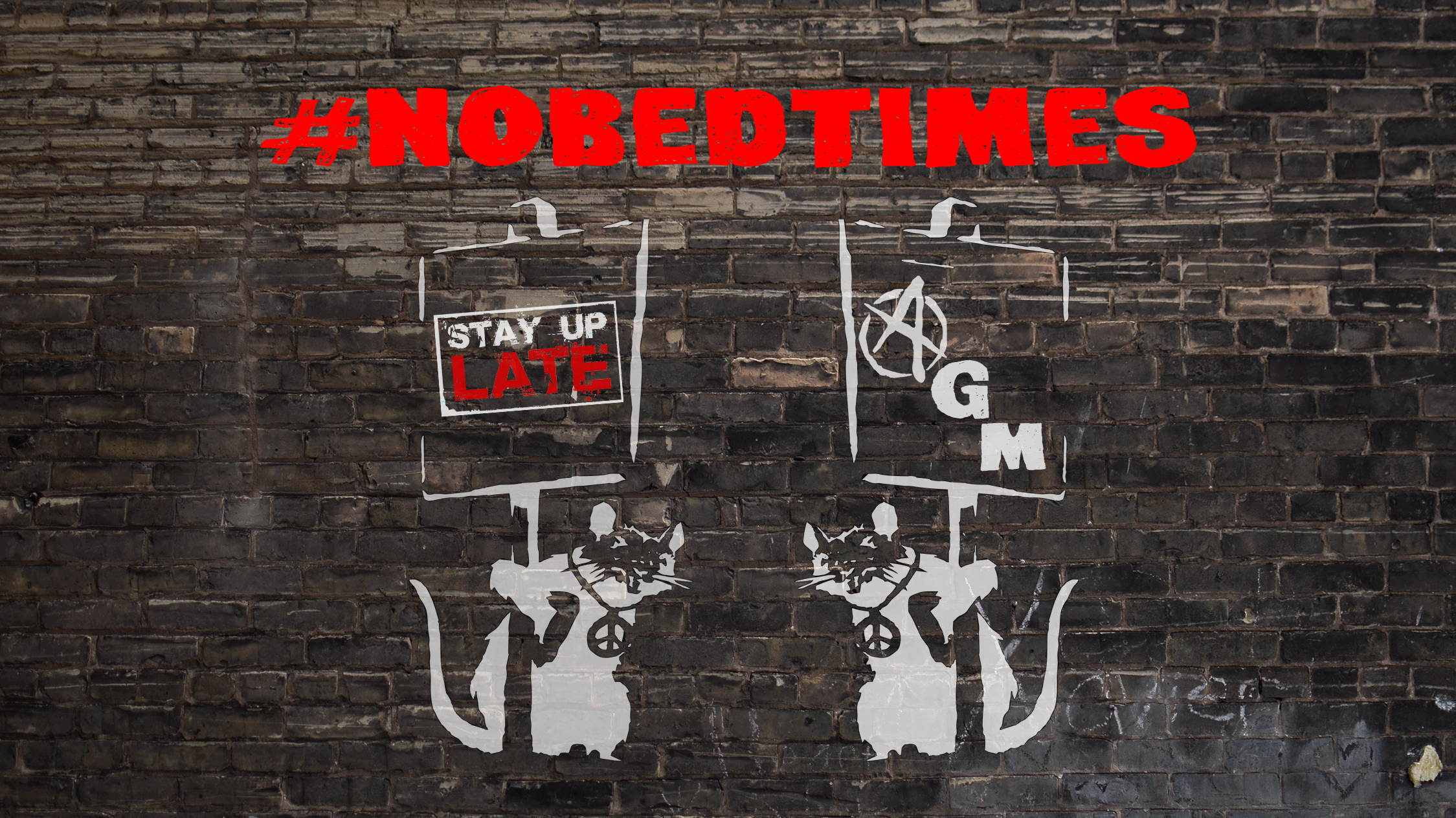 If someone with a learning disability loves heavy metal why shouldn’t they be supported to a festival like Download Festival if they fancy trying it? Of course, if you’ve employed the right kind of support workers there will also be massive perks for them too. It’ll be hard work but they’ll also be at a music festival having a great time with the people they support.

If someone loves dub-reggae, drum n bass or grime? Are they going to find that at their local learning disability night? In some cases they might but will they also have the opportunity to hang out with other people from their community who enjoy the same music too?

What needs to happen?

The people who organised the rave are clearly well intentioned but the solution can never be a club night for adults that starts at 6pm and ends at 9pm surely?

So here’s a few questions that spring to mind that we could be asking ourselves within social care:

We’re also doing something practical about this too.
The team at Stay Up Late have decided we’re going to go out for a night of clubbing in Brighton on 3rd Nov, and we’re starting at 9pm. It’ll go on as long as people want to stay and might end with breakfast at the all nighter diner. We don’t know, we’re going to just see what happens.
You’d be welcome to join us. 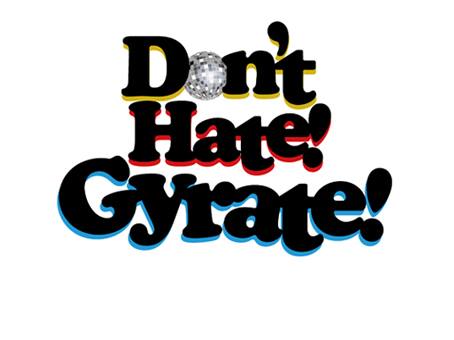 We’re also going to be discussing this issue in much more depth at our Annual General Meeting on 28th Oct.

The only 2 good reasons for leaving early?

If I chose to leave a gig early there’s two main reasons:
1. I’m feeling tired, or have an early start tomorrow
2. The band’s crap

The common thing with both is that I’ve made the decision, not somebody else.

Finally, check out this video that we need to share with you. Becky Boo is one of our supporters and lives in Blackpool. Her dad made this video about her summer of music, including the Rebellion Punk Festival and I think says it all.