Inclusive Club nights – what are the real risks?

A while back I was writing about the story of the ‘Learning Disability Rave night’ in Manchester and how I was upset that we lived in a country where it seemed to be acceptable that people with learning disabilities don’t feel safe in regular club nights, and their support staff can’t stay out beyond 9pm. It seemed that inclusive club nights were potentially in danger of becoming anything but that.

They could actually become segregated club nights and we need to challenge ourselves as a society, and a sector, to make sure people are welcome wherever, and whenever they go out. And while they obviously offer a great space for people to meet up with their friends, dance, DJ and be in control of running a night why do they have to end at 9pm?

Also what happens if you don’t actually like the music being played at your local ‘inclusive club night’? How do you get to make the choices about where you really enjoy going for a dance or to meet your mates? 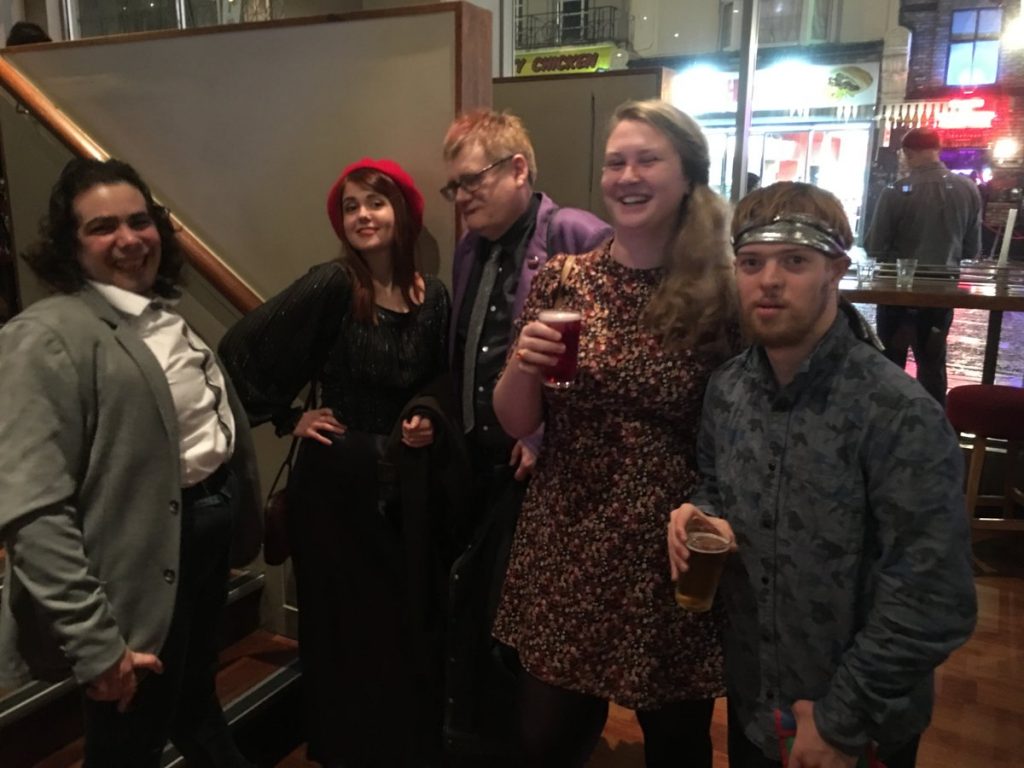 Let’s start a night at 9pm

I took my upset to my lovely team and suggested at our team meeting that our response could be to organise a clubbing social with some of our Gig Buddies which started at 9pm.

They jumped at the chance and the first thing they did was to work through all of the issues. They totally understand that it’s really important to manage possible risks and this approach has got us through supporting people with learning disabilities to 7 Glastonbury Festivals and a whole host of other events big and small, and a few road trips overseas.

The format of our night was quite simple:

The end result was a great night out, several people had experienced their first trip to a regular nightclub and everyone left when they wanted to, when they were feeling tired, or needed to catch the night bus. Not when they were told to.

On top of that a number of the clubbers also wanted to chat with us about why more people with learning disabilities aren’t out at regular club nights and wanted to get involved in helping to change that. 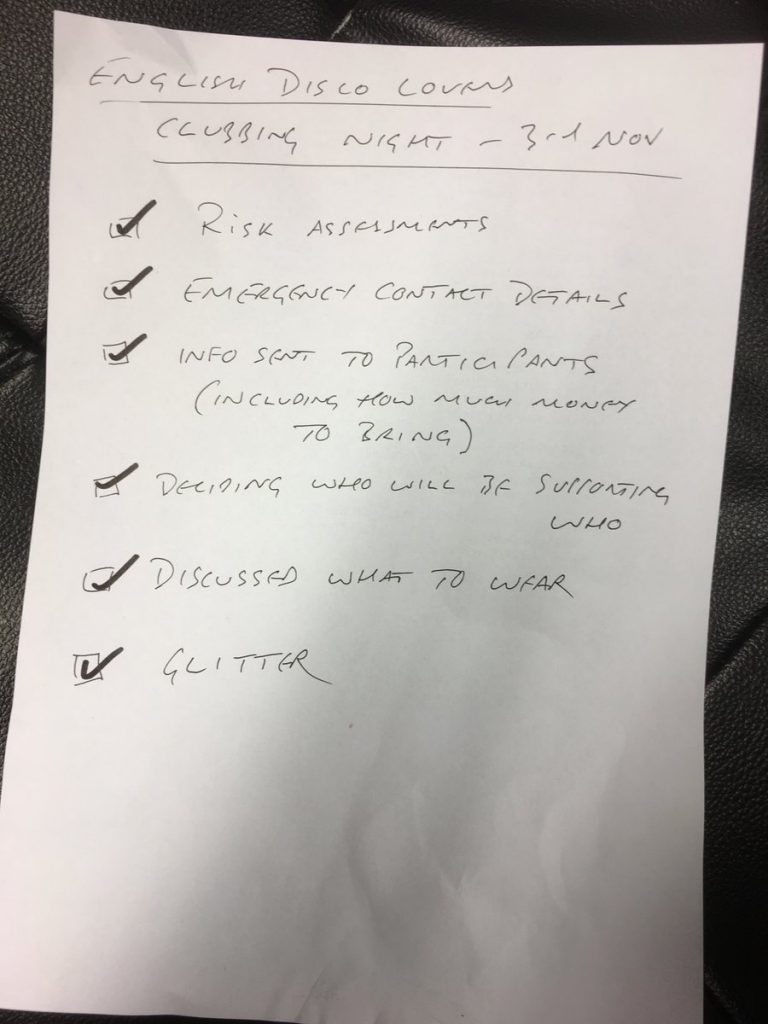 What are the risks? What can we do about them?

The important thing in all of this was in the planning and making sure we’d thought through what we needed to. West Street in Brighton isn’t the prettiest of places on a Friday and Saturday evening but with a bit of know-how and planning we were able to get involved in the thick of it. Here’s what we worked through to make it happen:

It was tiring, but it was so worth it (and the team all experienced something new – ‘the tap water hang-over’ – and needed a few days to recover).

Chris, one of the clubbers, who has DJ’d at many inclusive club nights over the years said:

“It was very busy, a bit too noisy at times – so I went outside for a bit a chatted with other clubbers in the reception area. I knew some of them, some of them were people I’d never met before. But everyone was really friendly.”

“It was a great night and I’d like to do it again – well maybe!” (Chris Love)

We’re not against Inclusive Club Nights

I see inclusive club nights as a step on that journey, not the destination.

What are the real risks?

It may look like the night was a lot of fun, and it was (and our team always make sure there’s a good sense of fun in any event like this) but really there is of course a really serious point to all of this.

Last week I was at the Cardiff People First Annual General Meeting and afterwards Simon, their chair, had invited us to join him and his friends at the Kings Castle Pub in Cardiff for a spot of karaoke.

What I was struck by was how Simon and his friends were clearly well known regulars at the night and how they just mingled with the other people in the pub. It wasn’t a ‘learning disability’ night – it was just a night where they were seen as equal members of that community. It was just a lovely evening.

Earlier in the day at their Annual General Meeting I was running a workshop on the theme of ‘No Bedtimes’ and one support worker suggested that we write risk assessments for people who aren’t able to go out and have a social life due to the proven health risks associated with social isolation. (See Campaign to End Loneliness for more info).

I think this is a cracking idea and what I saw later that evening was a really simple, straightforward example of what real inclusion looks like.

We took it to an extreme with our clubbing night, but we knew how to manage the risks wanted to take a managed risk, and also enable people to have new experiences in the process.

Of course we also wanted to prove a point. A good night out doesn’t need to stop at 9pm, in fact it can actually start at 9pm, and end when you want it to.

Staying in can be a far greater risk than going out

As we talk about managing risks I really want to hang on to those comments from the support worker in Cardiff. The risk of not being able to go out is far greater than the perceived risks of what is out there in the community (and these really can be managed).

And if you want to find truly inclusive club nights then look no further than events being run by people like the truly amazing English Disco Lovers.