And how they came crashing down…

I’m going to be honest and say that this post isn’t just about one incident, it’s years and years of frustration at seeing how small lapses of ‘care’ can have huge impacts on the people that we support, from my personal experiences of being in the band Heavy Load.

Stay Up Late started as a campaign brought about our frustrations as a band (Heavy Load) and seeing our fans being told to leave our gigs before we got on stage because staff were working inflexible rotas. This didn’t just have an impact on us as artists but also as individuals and it was Michael who was famously told to “drink up it’s time to go home” when he still had half a pint and we were all mid conversation about a great gig we’d just played.

It’s all too easy for support staff to forget the moment from the perspective of the person that they’re supporting, and instead concentrate on the systems they work in. (I know I’ve done that myself). 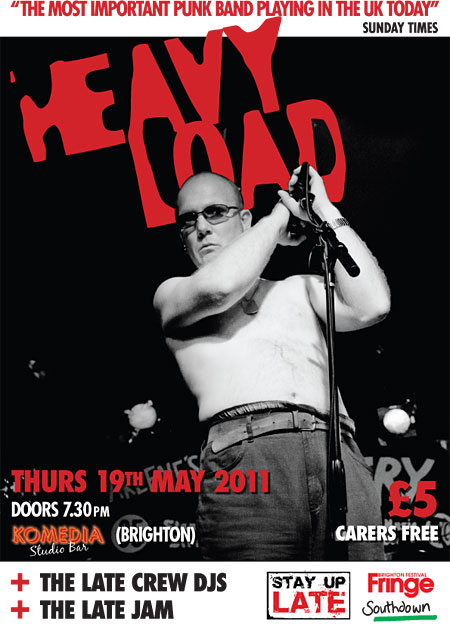 One of the things that marked out Heavy Load from most other bands was that we also had to negotiate a whole load of other social care related issues that made our band happen: diary management between all the members and their support staff, adult protection rules meaning we had to have separate hotel rooms, risk assessments and support workers putting pressure on us all to wash when we’re on the road (some of the band wanted a break from the day to day!). The benefit of this was also that we always had Simon’s support worker on hand and they were, without exception just awesome and would double up as roadie, merch person, tea maker and anything that needed doing.

(As were Jimmy and Michael’s support workers on the rare occasions that they also toured with us).

Just write it in the diary!

Sometimes the rigours of trying to make Heavy Load happen had a big impact on me, I had a young family, a day job and things could have gone a lot more smoothly for everyone if there would have been a consistent approach to diary management and this was something that was always a problem for our drummer Michael’s support team at the time. (As well as the bass player I found myself being the band manager, van driver, tour manager, roadie, runner and fixer).

I don’t want to make it sound like Heavy Load was a drag though. All the hassle was worth it because it was so much fun and we had such a great relationship with each other. If we’d played a great gig the road-works, the snoring and farting in the van, and the 3am bedtimes were worth it. It’s in history now how we ended up playing Glastonbury twice, New York, that crazy road trip to play a squat in Copenhagen and countless other adventures that seem to be a dream at times.

This week we’d arranged to get back together for the first time in 5 years for a session that was being filmed as part of the Great Escape Festival in Brighton. We’d had the session lined up for months and the day before I rang round to check everyone was still ok. The support worker at Jim’s house said “oh, but there’s nothing in the diary”. I then had a terrible flashback to how things used to be back in the day of making Heavy Load a touring band. 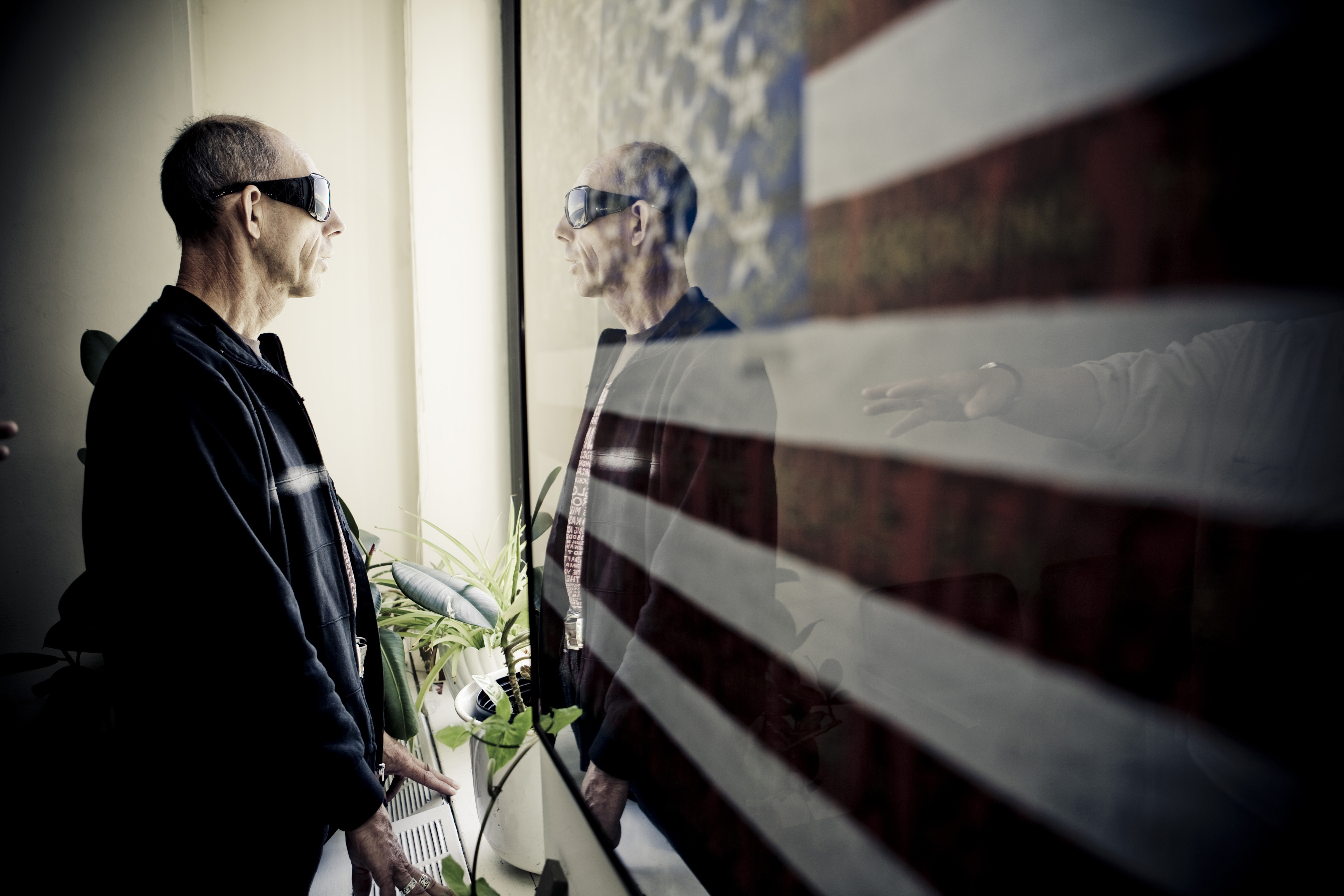 Come to think of it too, 2 ½ years ago we all arranged to meet up for a beer. It was a lovely occasion and we had a wonderful time in the pub chatting with some strangers who were fascinated to learn about our story. The one big downer was Michael didn’t make it. His support worker had forgotten to write it in the diary and needless to say Michael was gutted to have missed out.

(It’s pretty hard finding a time when we’re all around as Mick’s living in France and so these are rare occasions.)

The manager of the house then went on to tell me that Jim said he didn’t fancy coming along for a 3 hour session the next day. I suggested maybe coming for an hour just to say hello to everyone (this was all done through the gatekeeping manager by the way). Not surprisingly, perhaps, given that he’d had hardly any notice of the session he decided not to come.

Of course Jim may well have decided not to do it, and we’re all getting older, but Jim was always so up for any band related things. In fact at a screening of the film last year (to a group of our Gig Buddies) in the Q&A after Jim quietly said to me “we were a great band”.

It just needs attention to details, that’s all!

You may be able to tell that I’m deeply upset about this incident. I think it’s an example that shows a startling lack of respect few can show for the people we support just by missing something small like writing an arrangement in the dairy.

So you might think I’m being a little harsh here, it was just one forgotten diary entry, but sadly this is a consistent issue with the staff in question. It also shows how little respect there can be for someone’s history, the friendships and their identity.

Last week I was thrilled to be asked to be part of the launch of the Gr8 Support movement. A movement celebrating and networking great support workers together nationally. It was an uplifting day and I had a number of conversations with people where we were challenging each other in a supportive and positive way to do even better.

If you look at the CQC report on the place Jim lives at you’ll see they rate ‘Good’ in ever area. I wonder what the difference is between ‘Good’ and ‘Outstanding’- maybe it’s as simple as remembering, and caring enough, to write something in the diary?

These workers do one of the most sophisticated jobs imaginable. Support work is teaching, befriending, enabling, facilitating and safeguarding all wrapped up in one. It requires endless minute decision making about how and when and if to intervene. It is highly skilled and highly pressured. It requires empathy, responsibility, teaching skills and that competence beloved of management trainers, emotional intelligence.

Chris Hatton also recently wrote of all the different restraints that we put on people, poor diary management is certainly one of these! (See ‘new restraint: old chains in new guises’)

So what I’m calling for is support workers, and their managers to think about the sacred responsibility that they have in supporting someone, that person’s identity, their history and their friendships and relationships. That’s just about paying someone respect as a fellow human being and understanding how easy it is to prevent someone from living their life.

You just need to be clumsy (and/or controlling) with their diary. 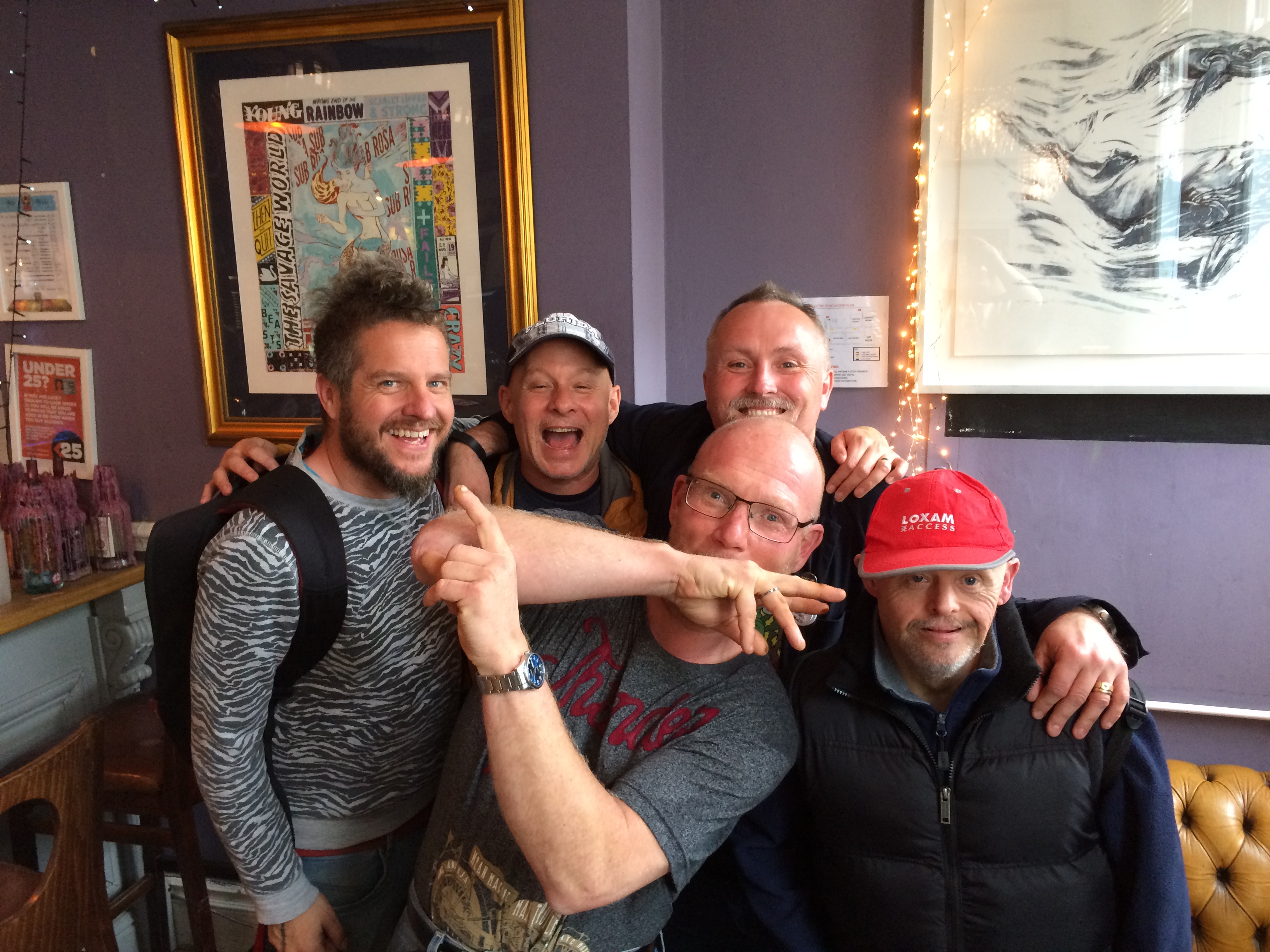 We’re not going to let a member of staff being a bit crap with the diary get in the way either. We’re pressing ahead with plans for the one-off reunion gig in October and there will be more on that and the limited edition single release too. (The lyrics of which were inspired in part by this incident!)

We’re also going through the vaults and posting up some old photos on the Instagram – great memories of the shared history we all have together!