Here’s a round-up of some of our recent news, opinion posts and some videos, and for those of you want to know more about the Heavy Load reunion plans all we can say is that we’re working on the plans (stick 28th Oct in your diaries) and more updates soon.

Here’s Paul’s talk from the TEDx Brighton event in October ’16. He’s talking about the general work of Stay Up Late, Gig Buddies and how to carve an anarchy sign in to a Rich Tea biscuit (a skill he had to invent as there are no Youtube videos on the subject!)

Meet some of the Gig Buddies being interviewed as part of Bmusic TV’s noise reel.

A great podcast from Chester Voluntary Action that we were involved in. Some shocking stories though from people being told to leave club nights early, and even tricked in to leaving. Shocking!

We’re hoping to do some more work with Chester Voluntary Action as a result of this too.

Round up of recent posts

Here’s a selection of a few posts which we’ve recently produced:

Introducing our new advisory group made up of Gig Buddies with learning disabilities from the LGBTQ+ community.

The band who started Stay Up Late up are getting back together for a strictly one-off re-union gig in Brighton on 28th Oct. They’re also recording some new material. Here’s a post about that, and how poor diary management brought the plans crashing down!

Labels for people with learning disabilities

A follow-up post to the Heavy Load one which has caused quite a bit of online discussion. Always a good thing! 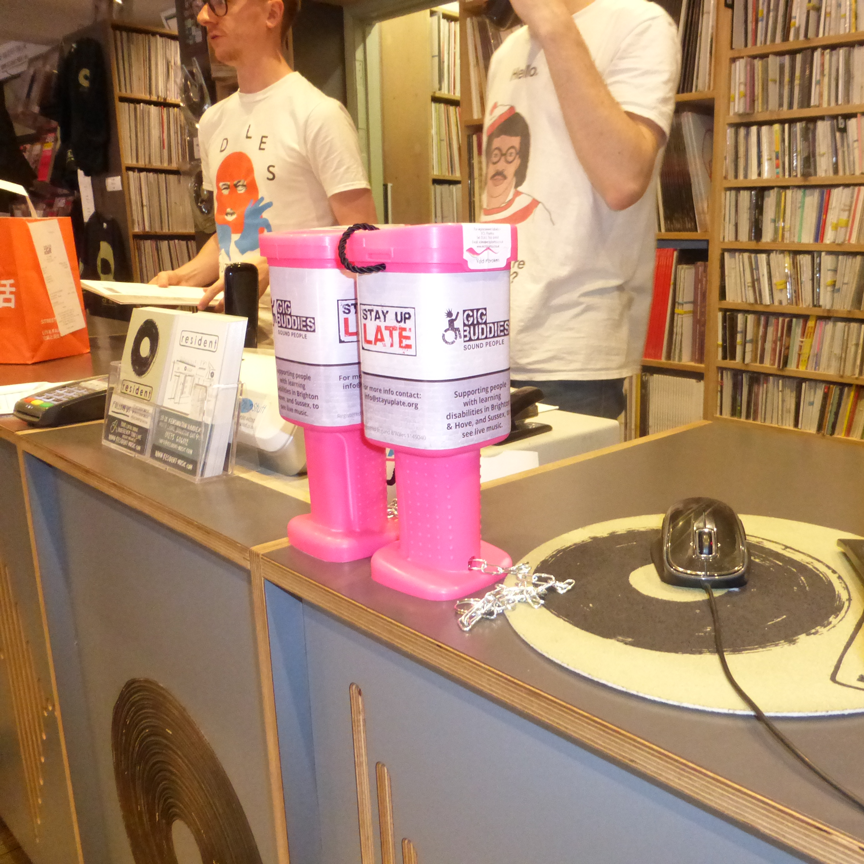 If you live in Brighton and Hove and love music then you’ll love Resident Music, a wonderful independent record shop run by wonderful people (except they make us spend too much money by selling too many good things).

Natasha at Resident has decided to create a plastic bag charge of 5p and pass on all the takings to support our work with Gig Buddies. Such a lovely thing for us as not only does it raise cash it also helps us raise awareness amongst the record buying/gig-going people of Brighton, all potential volunteers.

and the Heavy Load reunion?

We’ll be sharing more news about this too including how to get tickets and the plans to release some new material.