Guest blog: Staying Up Late in Berkshire – The Night Owls

Staying up late in Berkshire

The Night Owls has been very close to an overnight success! Just over 6 months ago the idea of a late night social group was thrown about and suddenly it’s here!

The group first met in July in a local pub, we had a chat about the hopes of the group and what the members would like to do in the future. Many people came along with family members and support workers, besides filling out the paperwork they had an opportunity to get to know each other! It also gave some of the volunteers a chance to meet everyone too! It was a lovely night and great to see many people out and about after 9pm!

We then met during the day for Gravity Force trampolining centre on a weekend in August. Alongside a few members who came to our pub outing we had some new faces! Including Daniel and Darren from the Stay Up Late charity! Daniel and Darren shared how Stay Up Late had developed and the great work they have been doing in Brighton. Daniel loved the fact there was a stage waiting for him and used the platform to share his views!

This meeting followed with a jump which everyone enjoyed. As it was in the day we didn’t stay out late but we were all very tired after an afternoon of jumping! 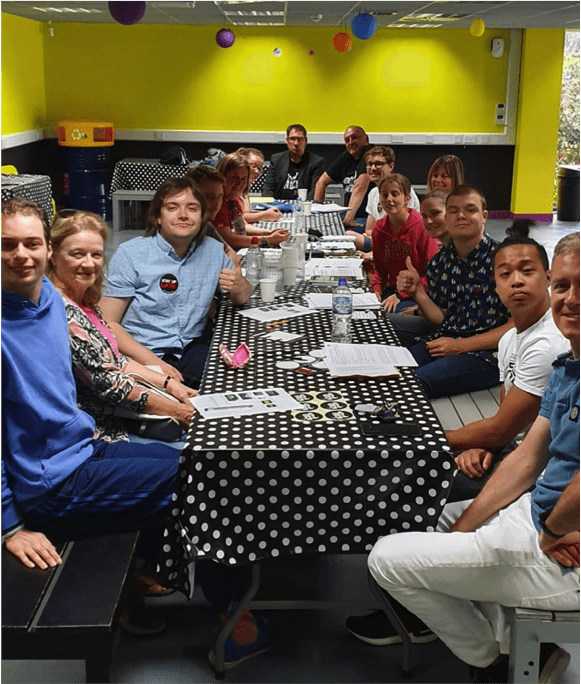 Here’s The Night Owls with Daniel and Darren

After these meetings we were finally ready to arrange official Stay Up Late events and named ourselves The Night Owls following suggestions by group members. We had an outing to an outdoor cinema to watch Rocketman, Thorpe Parks FRIGHTNIGHT!, our BIGGEST ever turn out; bowling and laserquest and finally watching live bands for the last meet of the year.

It was very chilly watching Rocketman in the outdoor cinema in September! Not to worry though, we brought plenty of blankets! 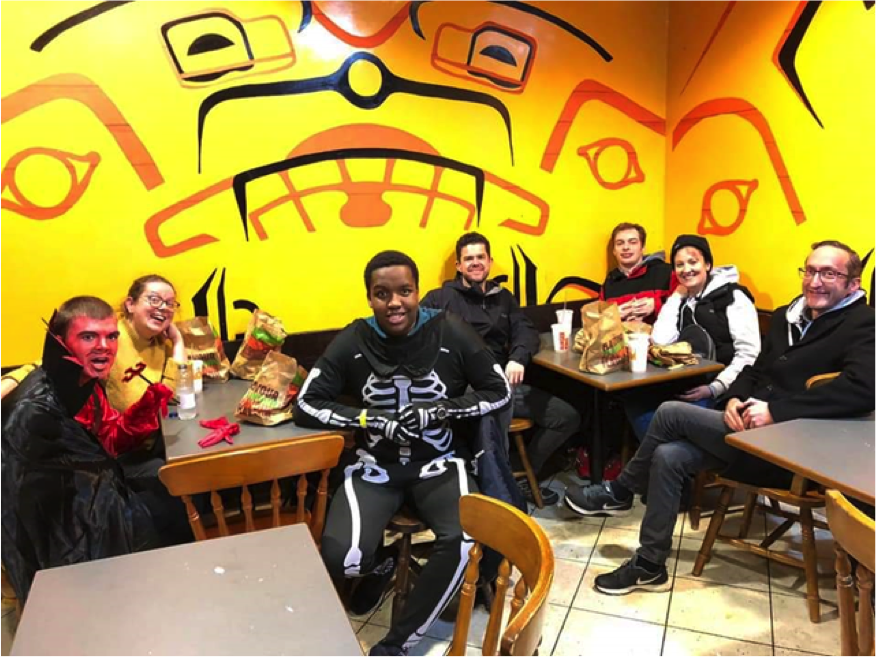 Having a spot of dinner at Thorpe Park, we even had members dressing up for FRIGHTNIGHT! 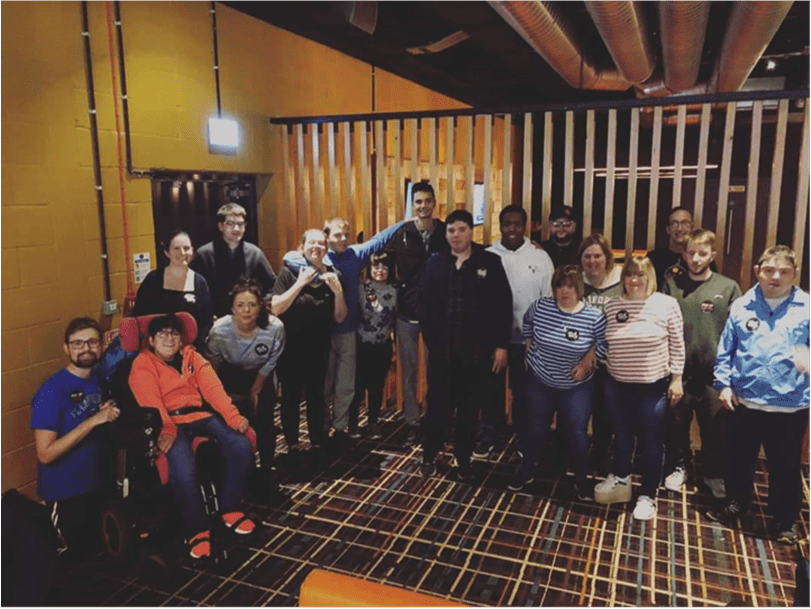 Our biggest group yet! Everyone had a great time Bowling, topped off with a game of Laserquest! Some of us didn’t get home till after midnight… We really did stay up late! 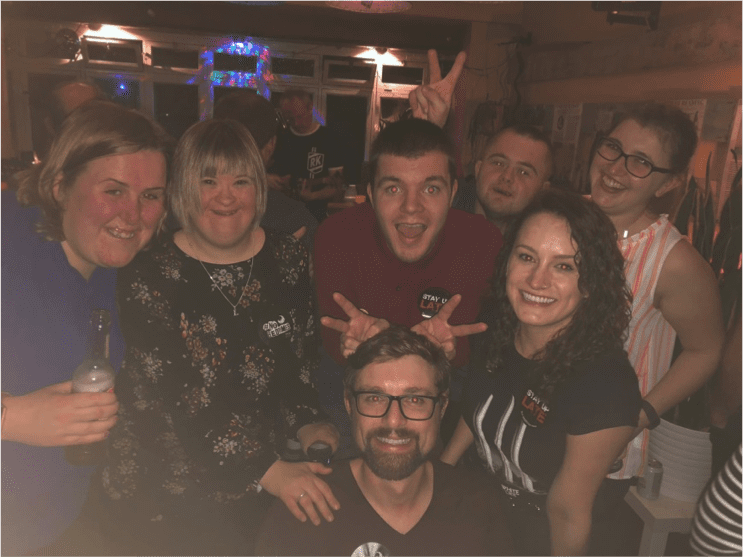 We all enjoyed a night out at The Global Café to watch ‘Fleece Lined’ and ‘Rocket Kings’. Everyone had such a great time and stayed out till midnight!

Going from strength to strength

The Night Owls are going from strength to strength and our wish is to continue to see it grow and develop welcoming new members every month. Berkshire has always had events in the week, including a Friday disco but people would always end up leaving before 9pm for medications and staff changes. As well as Stay Up Late, The Night Owls want to challenge this “norm”. We want to break these barriers and open up a whole new night life for people with learning disabilities and/or autism in the Berkshire area. So far the interest has been great; we couldn’t have asked for a better turn out at bowling and laserquest and hope to see this continue into the New Year! 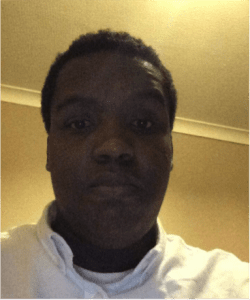 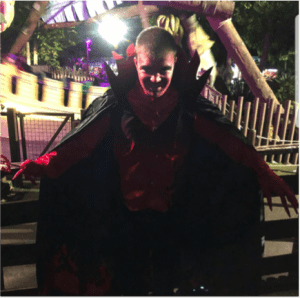 “It’s a really good experience to be able to have the choice to go out as normal at a weekend with friends and have fun”  – Mikey Warrick Aged 20 and Jenny Warrick, Mikey’s Mum

We hope that The Night Owls continues to have some great nights out in the future and that one day we can create a similar Gig Buddies group. One thing we can say is that The Night Owls couldn’t have moved forward without the support of Stay Up Late, The Ark Trust, the Berkshire Healthcare NHS Foundation Trust, the volunteers who have come with us on our nights out and not forgetting the members who have made the nights unforgettable!

Here’s to us all staying up late! #NoBedtimes