Our core purpose at Stay Up Late is always to ensure that people with learning disabilities can lead the lifestyle the want, without restrictions like bedtimes, hand-overs and attitudes getting in the way. So what on earth has this all got to do with virtual reality you may well ask? And what on earth is a Google Jump?

Sometimes we do get involved in some interesting extra projects though:

There’s a few other stories we could tell too but this is our current adventures, using the Google Jump. 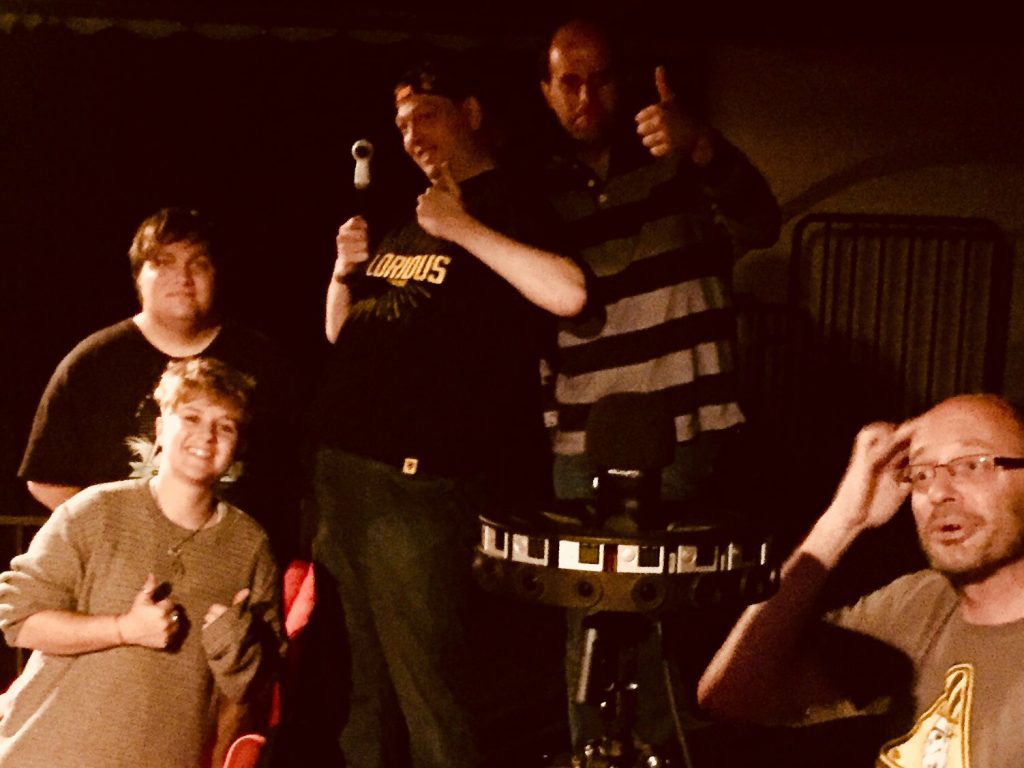 The idea behind this project was how we could use virtual reality to enable people to explore live music venues, and other situations, from their own home so they can familiarise themselves with the venue, and perhaps feel less anxious about going there for real.

With the help from local Brighton VR pioneers Make Real, we applied to the ‘Google Daydream Impact’ initiative to borrow one of their ‘Jump’ systems and they sent us this!”

applied to Google to borrow one of their ‘Jump’ systems and they sent us this! 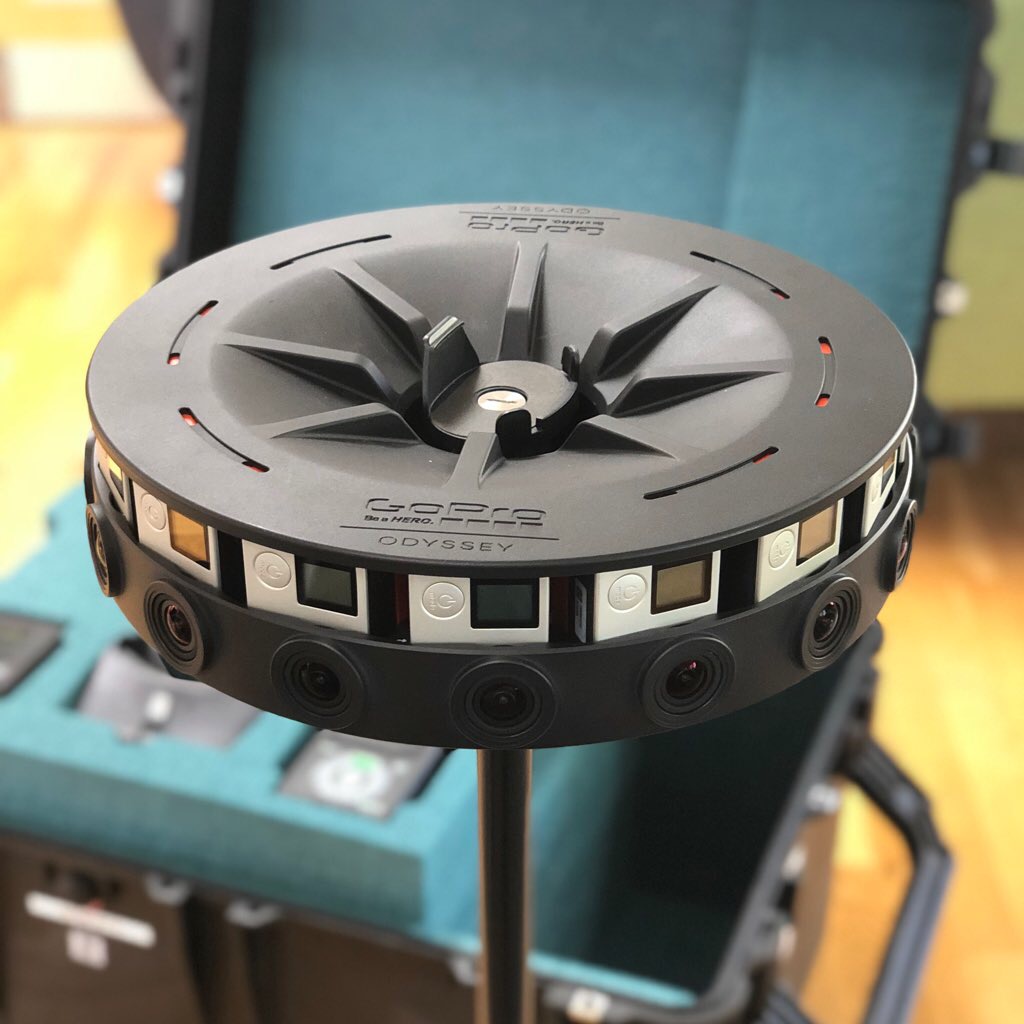 It’s 16 Go-Pro cameras fitted in to a system that gets them all speaking to each other at once so you can film 360 degree immersive videos. The videos all then get beamed up to the cloud, stitched together and then sent back down as videos.

They also sent us 30 smart phones and some headsets so we can watch our films. (This is all being leant to us by the way! We don’t suddenly own all this gear!)

We had a workshop, thanks to expert facilitation from the lovely Sam at Make Real (who also let us use their studio space for free), with a group of participants to work out how best to use this equipment and they came up with a list of venues that we could ask to film in. But the important thing is that if we make these films with people with learning disabilities and autism then we will be hopefully making films that are more useful as they will contain information that our participants find helpful.

Information such as where the bar is, the toilets, the exit, and the stage. But then through working things out in the workshop they also said it would be helpful if we could film the venue empty and full.

This is totally new territory for us but it seemed like a good idea to try things out and we’re all learning together. We’ve got the loan of the gear for 6 months and while we’re only going to be able to scratch the surface we’re going to see what we can do. Also it’ll give us ideas about how we could use less expensive VR cameras to do more of this sort of thing in the future.

The first venue we’ve filmed in is The Old Market in Hove, who were really interested in what we were doing and it was fantastic to see Andrew, Chris and David take the lead in setting up, positioning and making the films. 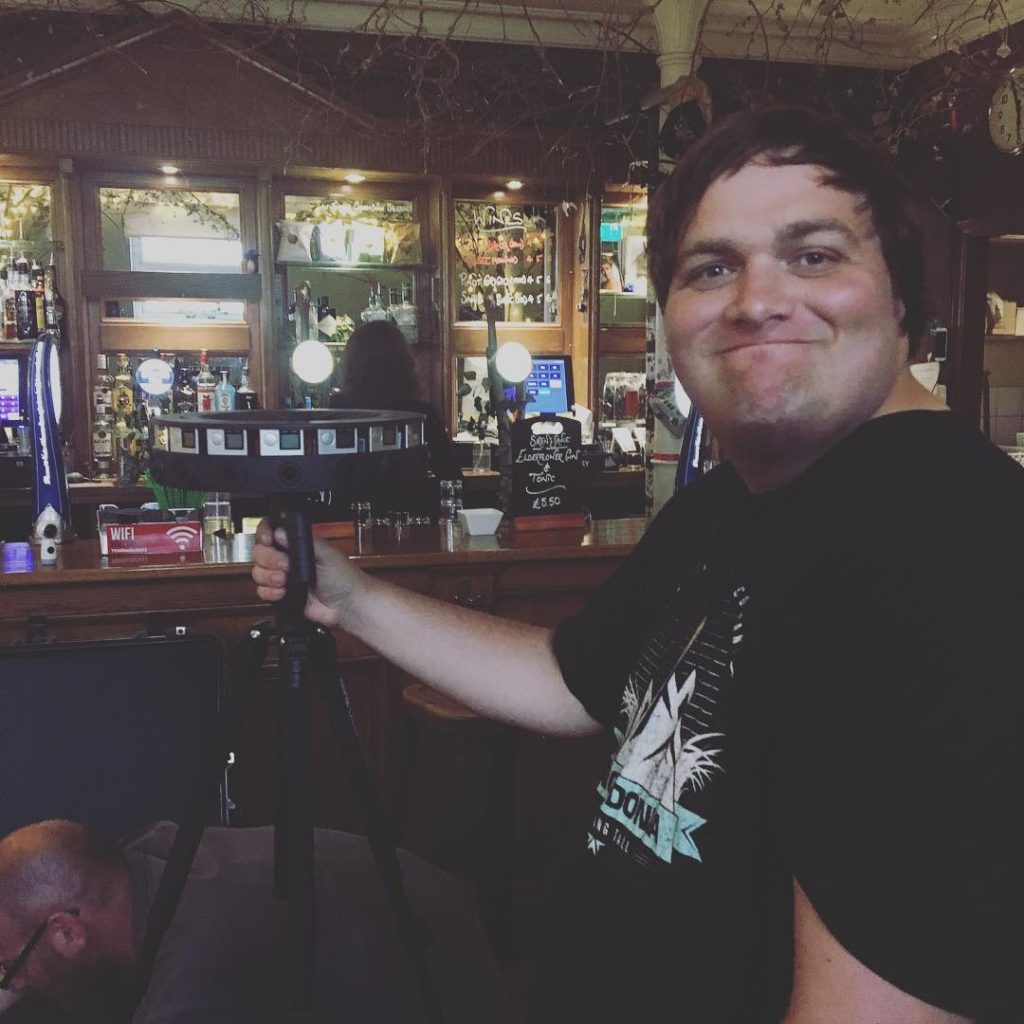