Today Andrew spent the morning writing a blog with Matt at ACL Disability Services talking about his role as a Gig Buddy and his experiences of his first time in Australia.

We also ha d a tour of the very impressive intranet at ACL which enables all staff to successfully deliver individually tailored support packages as well as providing a rigorous way to aid communication between staff and also provide useful and thorough data to aide other professionals involved in peoples’ lives.

After lunch Madeline ran a training session for the Gig Buddies Sydney team, a really useful session for the to ask us loads of questions and for us to work out what is most useful for us to share, which bits translate to Australia well and which bits we need to change. 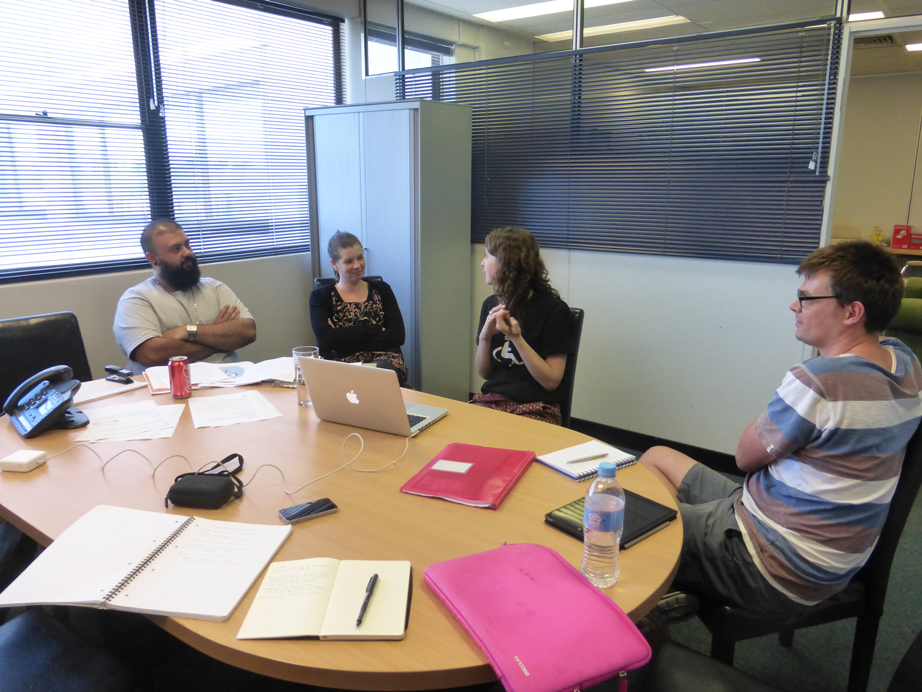 (Language is a funny thing – Paul and Andrew were advised to wear our ‘pants’ to the gig last night, and there’s both of us thinking we’d never dream of going to a gig without wearing pants. Apparently they meant trousers!)

The session was also a great opportunity to go through a whole range of scenarios and issues in detail and we’ll be carrying on these conversations via Skype over the coming months. There were also some really great ideas around volunteer retention and making sure the experience is a positive one for volunteers, and enabling us to better understand the live scene in Sydney. 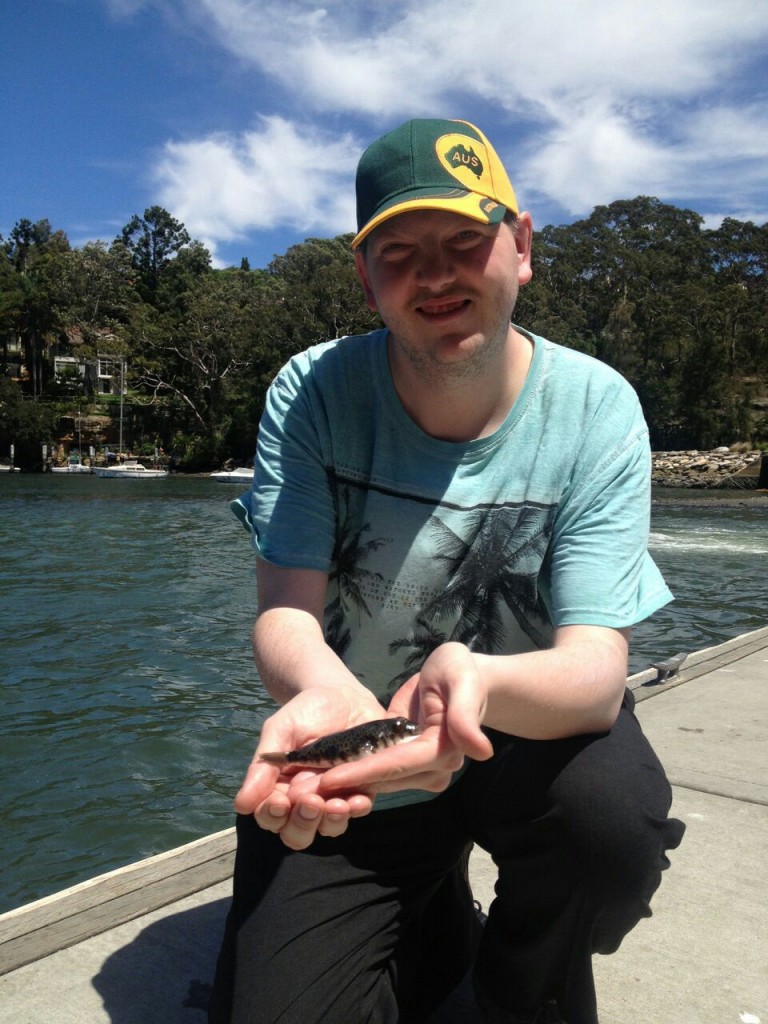 While Madeline was doing the training Andrew went off to do a spot of fishing with some of the ACL people in a beautiful spot just outside of Chatswood. 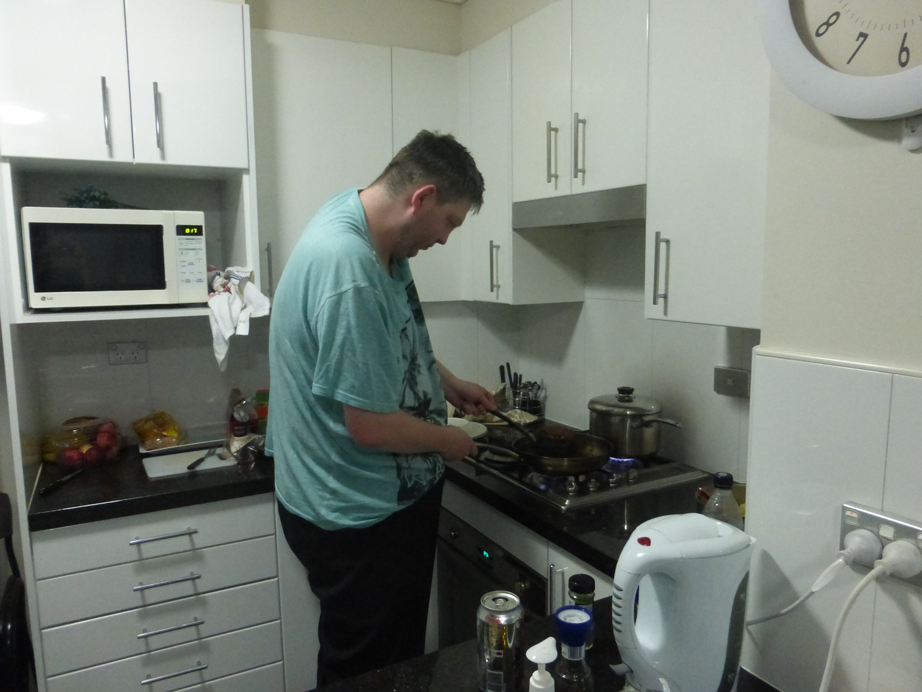 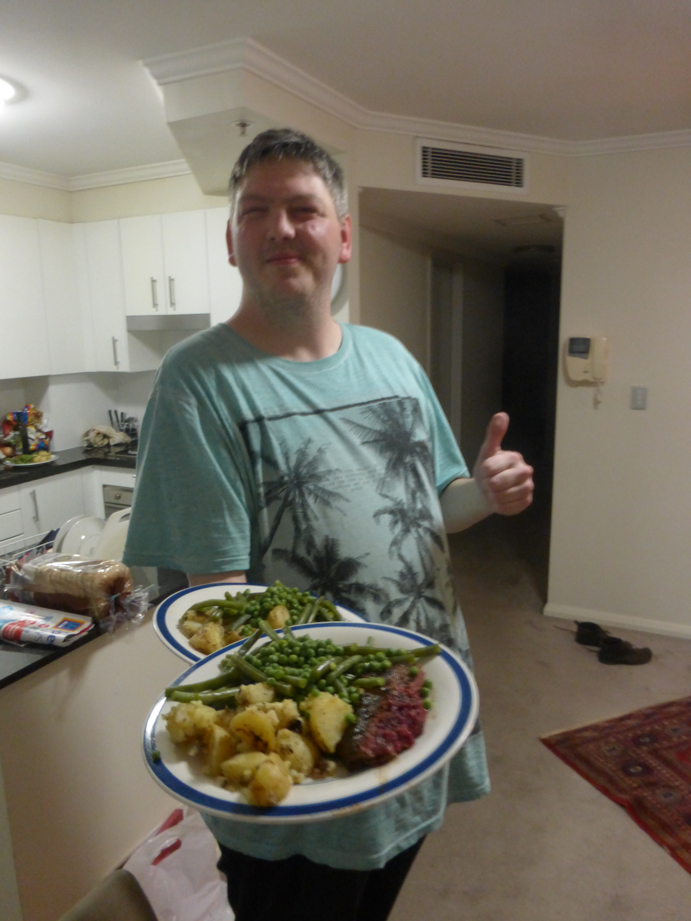 On the way back to the flat we stopped off to buy some food for dinner and Andrew really fancied having a go at cooking some kangaroo steaks for tea. And a delicious meal it was too, Andrew’s speciality potatoes, green beans and peas and we all just tried to put the image of that rather cute kangaroo we met on Saturday out of our minds as we tucked in to a rather delicious meal. 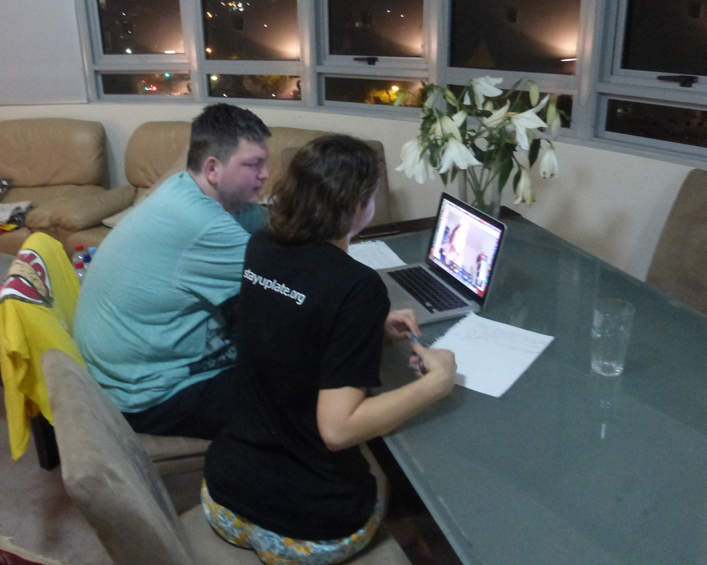 Then after dinner Andrew and Madeline conducted an interview with a potential new Gig Buddies volunteer via Skype, and then there was just a little bit of time for some WWE. The work and the fun never stops. 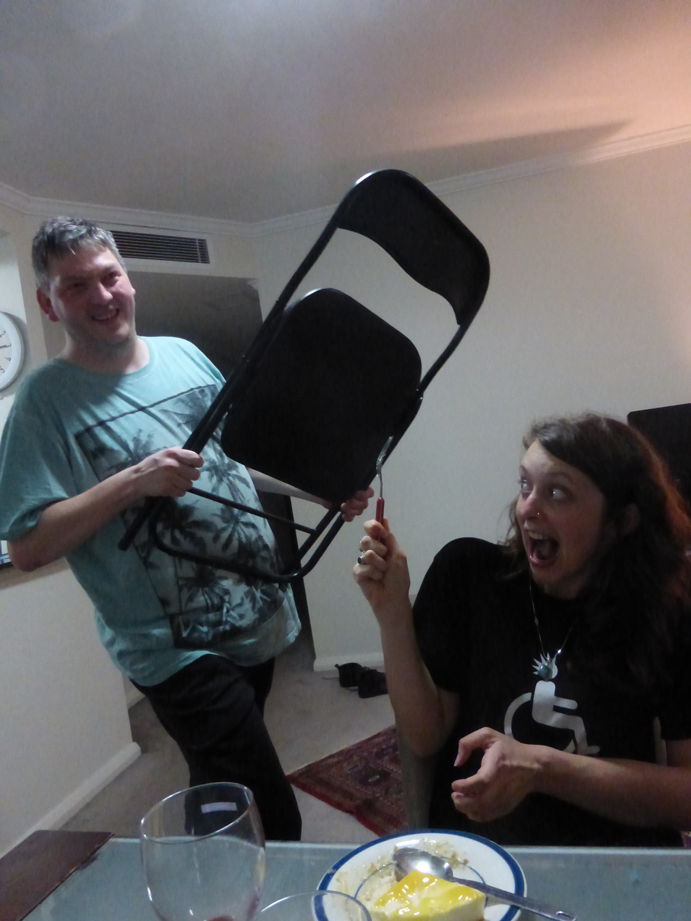