Frank Turner – a massive thank you from Stay Up Late

We need to say a massive thank you to Frank Turner for helping to spread the work about the issues that many people with learning disabilities struggle with in their lives, around having an active nightlife especially gigs and events and what better way to do this than through his UK tour? 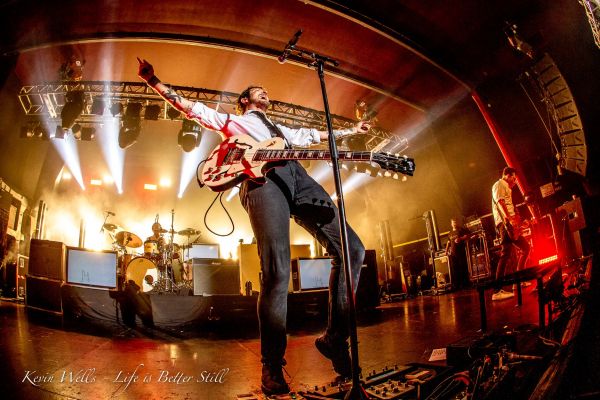 Our link-up with Frank came about thanks to him reading a retweet from our local MP Caroline Lucas who was helping to spread the word about our Gig Buddies project. Frank reached out to us, which as a tiny charity is just an amazing thing. We don’t have a PR department or a ‘comms team’, it’s just all totally DIY.

We always struggle to think how we can reach wider audiences, and help tell the stories of the inequalities we’re trying to address in new ways, to new people. So this has just been perfect for us.

This article is to say a huge thank you to Frank from the voices of some of the people who went to his shows.

My son and I had a great time with the added bonus of Get Cape, Wear Cape, Fly and Sean Macgowan who were both excellent. We were so grateful to you and to Frank for making it happen. It gave my son the opportunity to be like any other young man his age and to be treated equally with his non disabled peers. Thank you Frank for helping to break down barriers between disabled and non-disabled people

Thank you too to the staff at the roundhouse who were happy to swap our standing tickets for seats as my son would not have been able to stand. They were very helpful throughout. 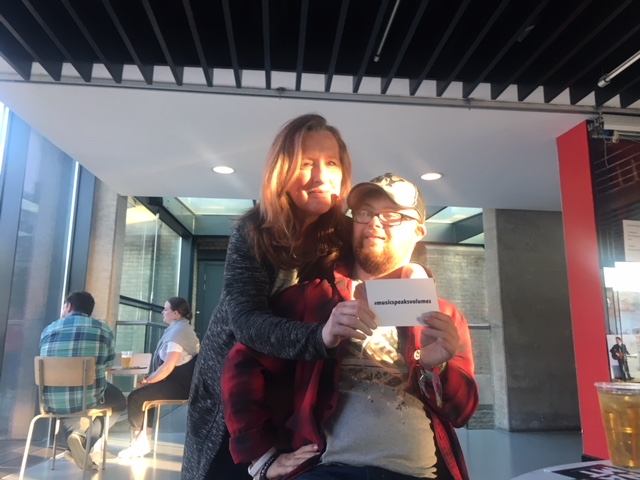 Fantastic, inclusive evening. Safe environment. Amazing charity. Thank you for all you do.

We had met Frank before when Daniel was performing at the Moth Club in Hackney and Frank came up to the dressing room to introduce himself, in return we were really lucky to get a back stage tour and a tour of his tour bus!! We were also invited to his after show party and met some great people.

Frank did a shout out for Daniel and everyone in the crowd cheered. Frank also spoke about Stay up late and about the injustice of people having to leave gigs early. He is a truly inspiring man, he spoke about taking all the good feelings from the night out into the world and passing them on.

The highlight of the show was when he crowd surfed, although Daniels favorite bit was when a girl (who was on someones shoulders) lifted her t shirt and bared her boobs to Frank, both Frank and Daniel laughed about this in the dressing room after the show!!

Dan has now become a big fan of Franks and listens to his music all the time, he said he would love to perform a song with him, so watch this space!!

Thanks again for the opportunity.

We saw Frank Turner and the Sleeping Souls last night – my son is 18 and had a fantastic time, he tells me the crowd were great and when his glasses got knocked off people around him helped him to find them and were kind. Frank Turner is a genuine “good soul” and his fans share his values – as he says “rule one don’t be an ars*****” and he knows how to rock!

On Tuesday evening I went to see the band Frank Turner and the Sleeping Souls with my Mum. The band was good I enjoyed listening to them. Me and my Mum had a good laugh, we were singing and jumping up and down.

The venue was quite busy, it was great to see lots of people together enjoying themselves all singing and dancing. We had a great time and I would love to see them again. 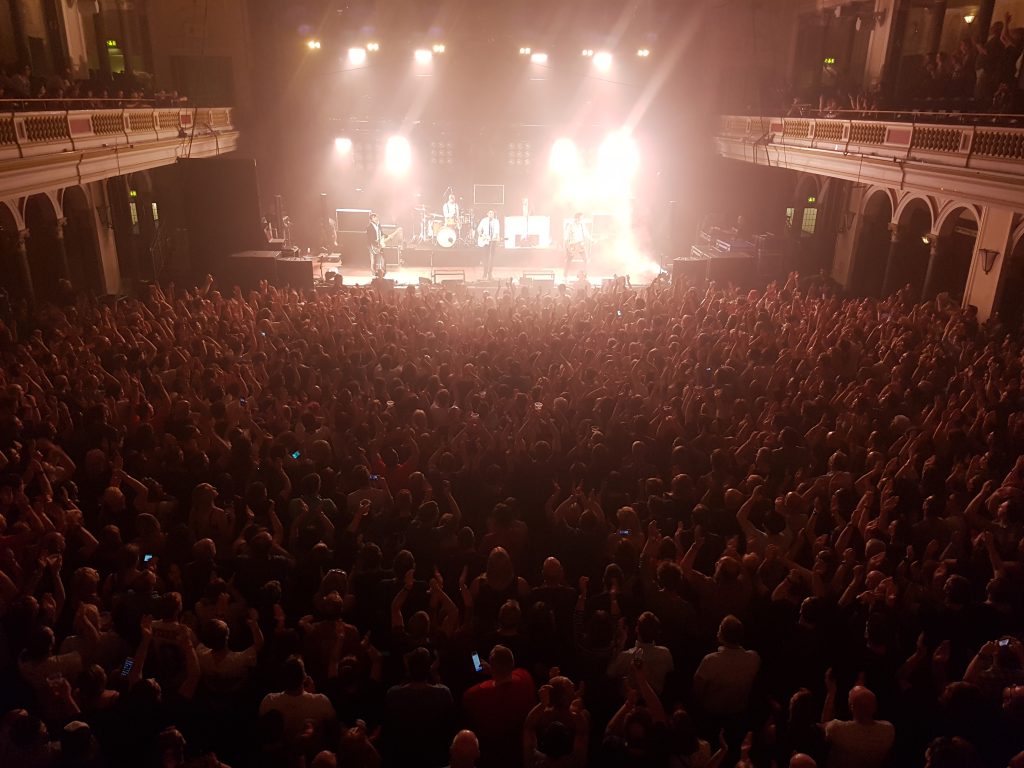 Hi we liked the performance. It was enjoyable and compere person was so funny getting crowed involved

I am writing to pass on some photographs and to say how much we enjoyed the Frank Turner concert at the O2 academy in Sheffield. This was the first time that Paul had attended one of these gigs. Paul would like to pass on his thanks for the tickets that he received. Thanks should also be forwarded to Frank for supporting this campaign, which He mentioned during the show.

Just wanted to say a massive thank you, for getting my carer and I tickets for frank turner the other day! It was a lovely night.

And here’s an open Letter from another of Frank’s fans in Southampton. Open letter to Frank Turner

We also created some special postcards for the gigs and we’ve decided to turn these in to some limited edition posters which are now available on our website for £1 (plus postage). 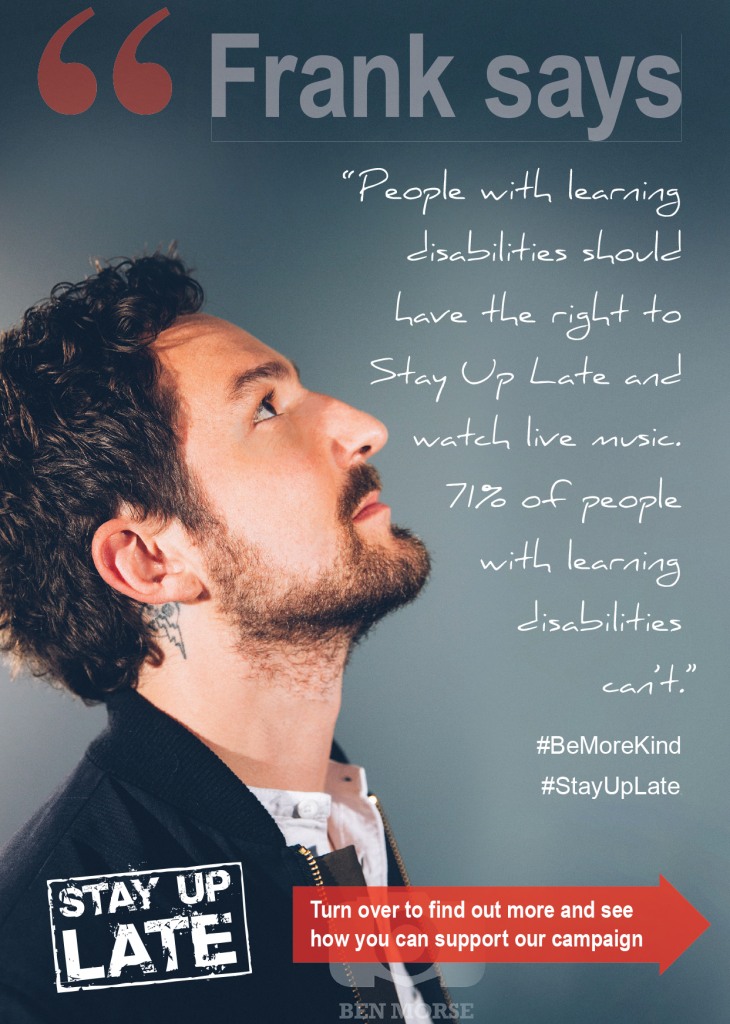 When we met Frank to talk about the idea I commented that it would be a great opportunity for people with learning disabilities to see a great rock gig, even if they’d never heard of Frank before. Unfortunately I then blurted out something like “and then they may decide they love you or they may think you’re crap, but at least someone’s been given the opportunity to find out and make their own mind up.”

I looked across the table to see Kate, our project manager, with her head in her hands doing her “oh no Paul’s done it again face”.

Fortunately Frank laughed and agreed. He then went on to do this fantastic thing for so many people. The comments haven’t just come from people with learning disabilities either. Here’s a quote from a fan:

‘Frank Turner discussed accessiblity and gigs, talking about general projects that he supports, including charities that safeguard women at concerts, and The Stay Up Late Project. He said everyone has the right to stay up late and be part of music, and the whole of Camden Roundhouse clapped and cheered.’

How apt Frank’s new LP is called ‘Be More Kind’ – could Frank actually be more kind? We don’t think so!

Here’s some photos from the tour…