Some very exciting news from our friends at Learning Disability Wales. They have been working tirelessly for a long time on this but finally we can reveal the launch of Gig Buddies in Cardiff. Although that’s not what it’s called, it’s actually called Ffrindiau Gigiau Caerdydd. And we are super excited to be able to finally reveal this. 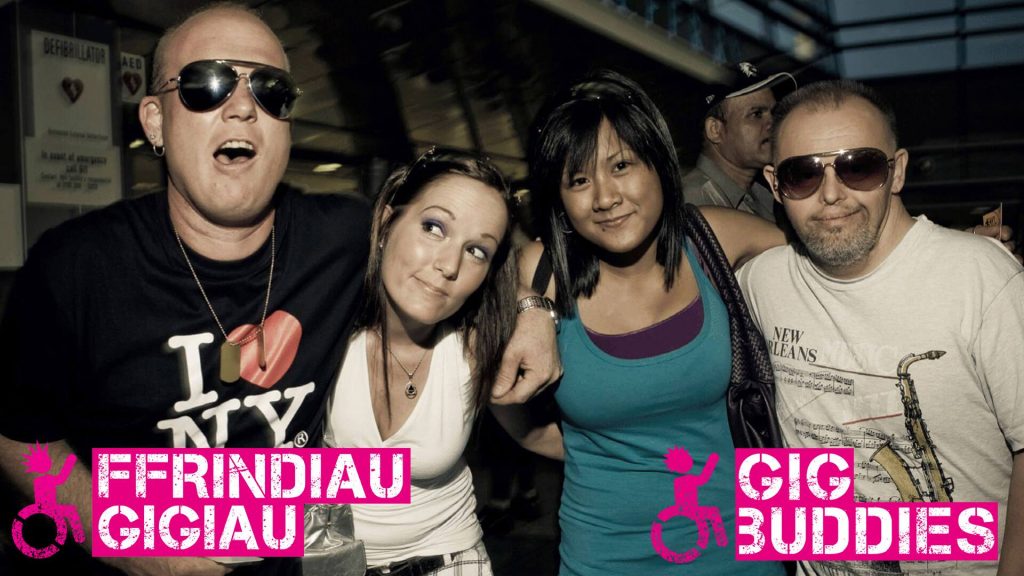 We’ve been running the project in Sussex now for almost 5 years and it was when we were first approached by Thera Scotland and ACL Disability Services in Sydney that we first started thinking about turning Gig Buddies in to a social franchise.

It’s not like a burger chain type of franchise though, as well as sharing all our ways of working we’re also building a networked community of like-minded people all committed to enabling people with learning disabilities to lead full and active social lives.

We often get asked by potential partners what type of organisations we work with and typically they’re all different (charities, support providers, art organisations, connected to local authorities) but what is important that their hearts are in the right place, both as an organisation and the staff, and management, that we’ll be working with.

Learning Disability Wales have got Ffrindiau Gigiau Caerdydd off the ground thanks to the wonderful First Choice Housing Association who have provided funding to match 20 pairs of Gig Buddies, who will attend one event per month, plus regular socials meet-ups, for the next year.

They’re not stopping there though, their aim is to spread the scheme throughout the whole of Wales (there’s already a brilliant project Connect Buddies in Conwy), so they will be working to sustain Gig Buddies Cardiff beyond the first year, and to further areas – by working with local authorities, service providers, Welsh Government, and potential funders.

The project starts on 1st April, and they will be officially launching Gig Buddies Cardiff / Ffrindiau Gigiau Caerdydd during Festival of Voice – Gŵyl y Llais

If you want to find out more about setting up Gig Buddies in your area just drop us a line. You can also read more about the process on our website Gig Buddies In a Box.