Digital inclusion is a great thing, it really is, but there’s much more we need to be doing.

Recently we were asked to run two workshops at BILD’s annual conference ;Celebrating good practice – transforming people’s lives. Our session was called ‘Get Yourself Connected’ and was focussed on looking at practical ways in which grassroots support staff can enable people with learning disabilities to develop meaningful connections and friendships in their communities. (We’ve now dropped the term ‘front line’ as we want to use more peaceful imagery – read more why here). 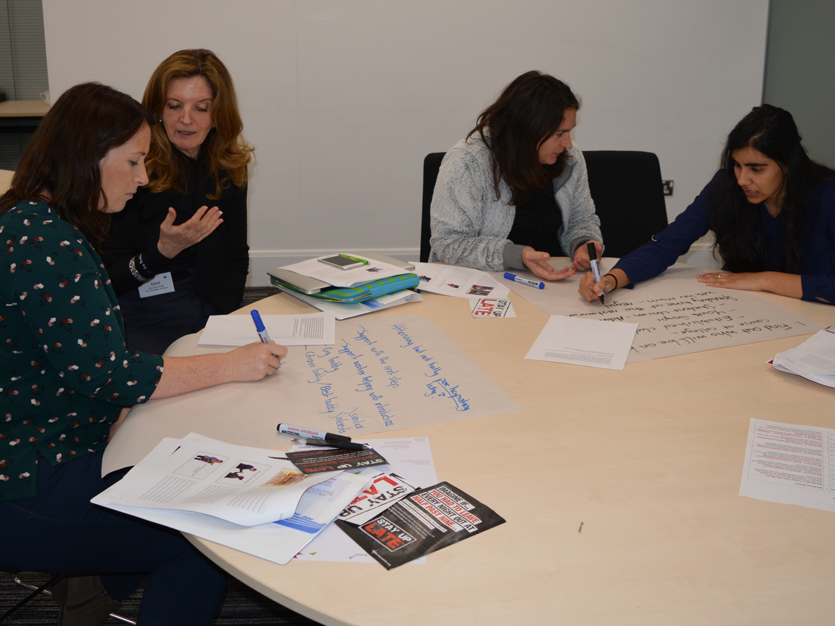 Paid support staff are not paid friends. It’s really important for us to remember that. Obviously it goes without saying that support staff should be really nice people who work in a friendly, personable, attentive and patient way, and that the relationship between a support worker and person who receives support can and should be an incredible one, but that does not make them friends. They are being paid to do a job, and after a time they move on.

The focus of our workshop was to look at some really practical strategies we can all put in place to support people needing support to make community connections and to think about how we can refocus the role of support staff in enabling these connections to develop and grow.

How to do we spread the jam even thinner?

When I introduced the session I commented that as a warm-up I could have produced a really tiny pot of jam and asked all the delegates to spread it as thinly as possible. That’s the reality of what social care has become with ever shrinking budgets. Recently a commissioner of learning disability services said to me:

“Why are we paying support workers to support someone to go and watch our local football club play when they may not even be a fan? Wouldn’t it be so much better if someone went with another fan? It would be such a better experience all round and those valuable support hours could be used where they’re really needed.”

This is a pretty controversial idea for some people, and I would never want it to be thought that our Gig Buddies project is aiding local authorities to cut even more services. The reality is that local authorities really don’t have anything left to give and unless we can find ways of changing the way we support people things are only going to get an awful lot worse. It’s also a controversial idea because some would argue that it’s their statutory obligation to support people’s human rights.

On the positive side though, if we can change the role of support workers to be much more about community connecting then not only will the lives of the people being supported be enriched and reflect what they want to do with their lives, but will also help spread the tiny pot of jam ever more thinly and the jam will be better quality.

George Monbiot summed this well recently in the Guardian in his article Without the power of kindness, our society will fall apart

Neither state provision nor community action is a substitute for the other: we need both. George Monbiot

Sound advice from an expert

Our newest employee Victoria, on her first mission for Stay Up Late, spoke really articulately in the session about her personal experiences in maintaining her friendship with her good friend Bethany and how, for her, digital inclusion is an essential way for her to maintain an important long-distance friendship.

Victoria wrote about the workshop:

Bethany is studying to be a paediatric nurse in Canterbury, Kent and Victoria lives in Bognor in West Sussex. Victoria said that they end up meeting up in person about twice a year at the moment but that hasn’t got in the way of their friendship and use Facetime, Facebook, text messages and phone calls to keep in touch and share news with each other.

“The people in the workshop learned something new, that you can stay in contact even if your best friend is far away.”

Victoria’s comments were a revelation to some of the delegates. We realised in the room that we’ve become so focussed on ‘community connecting’ and physical connections that it’s easy to discount the potential for longer distance relationships to continue and flourish through the use of digital media.

Just because you might only see someone once a year they’re still your friend and there’s still plenty of ways of maintaining contact with that person.

A few years ago I was talking to a director from a support provider about how it was common practice for support staff to support someone to write in their diary what they had been doing that day, and to perhaps print off a few photos and paste them in to as a way of remembering, which is all really great stuff.

But I asked them why they hadn’t considered using Facebook to do this. I thought that with the privacy settings done in the right way this would be a wonderful way of the person they support sharing with their family and any close friends what they’d been up to, in real time, and for their family to interact with their news. Rather than how I used to do it with a 6 monthly write-up for someone’s review meeting.

I was told it wasn’t possible because the contract from the local authority said everything had to be written down. (It still could be of course with a bit of cut and pasting!).

I think the real issue here though was that there was a distrust, and fear, of supporting people to engage in social media sites like Facebook and instead of working through the risks it was easier to shut it down. There was also the issue that they didn’t want their staff on Facebook during work time. 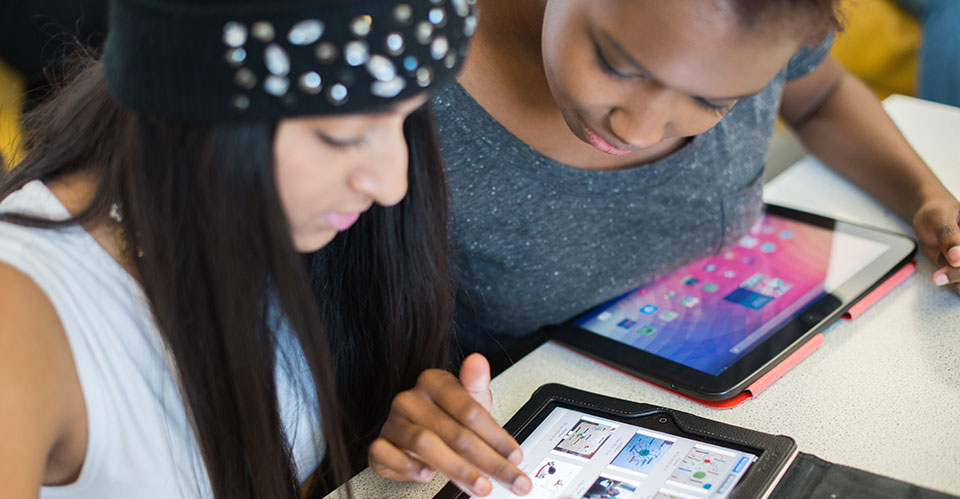 Just think how peoples’ lives could be enriched through supporting their friendships and relationships to be enhanced in this simple way.

Personally I’m not a fan of the term ‘Digital Inclusion’ because it seems to suggest that once you’re online you’re included. The internet is obviously fantastic but it’s not going to alleviate that feeling of isolation if you still don’t get to meet or spend time with real people who want to share their time with you because they like you, or share the same interests.

It comes back to those shared communities of interest. For me digital inclusion is enabling people to get connected with the wider world and then use that as a way of growing friendships, with real people.

Again George Monbiot highlights the absurd ways in which digital technology is seen as the solution in a wholly inappropriate way.

Some questions for you

If you answered ‘No’ to Question 2…

In other words – do we need to have a serious look at our recruitment policy?

My personal view is that I don’t think we should be asking questions like this as my answers would be:

We may feel like we’re in the business of spreading the jam thinner and thinner but lets make sure that we get really skilled at how we do that, exploring the role of support staff and facilitators of community connections and friendships, as the jam can still taste good.

What do you think?

We’d love to hear your comments on this, whether you think digital inclusion is all it’s cracked up to be, and how we could use social media to enable real and meaningful inclusion.