Our thoughts on the Descendents LP title issue

The past couple of weeks, since starting our petition against the name of Descendents new LP, containing the word ‘Spaz’, has seen an unprecedented torrent of abuse come our way from enraged fans of the band.

This post is to explain why we’re upset about words like ‘Spaz’ being used freely by people, and to respond to some of the comments and accusations that have been made about us.

Milo Aukerman, lead singer of Descendents, has actually been really reasonable and understanding and has suggested a way forward will be for the band not to refer to the title of their new LP at UK shows. That’s a start but there’s a few things which are really concerning about this whole episode.

When we started it we were coming from a UK based perspective where the word ‘Spaz’ is seen as shocking, abusive and unkind. Much like the word ‘Retard’ is in the US. (A word which is also seen as very offensive in the UK too.) However, we then started getting messages of support from US based people saying that ‘spaz’ was an offensive term in their country too, it’s just that its seeped so much in to everyday usage people have forgotten where it originated from, a term to refer to people who have Cerebral Palsy. (‘Spastics’).

Why all the fuss about a word?

A recent report has shown a 41% increase in recorded disability related hate crime in the UK in the past year. However, the Disability Hate Crime Network believe there are around 60,000 incidents every year, but most go unreported. Disability hate crime can take on many different forms (any crime can be ‘disability related’ if the person’s disability motivates the crime) and one of the things that concerns us (and many other charities) is how the use of negative words in the media, and entertainment world, help create an environment where words become acceptable to use, without thought (or realisation) for the minorities that they refer to, and now get used as common terms of abuse. For the sake of this article the words we’re talking about are ‘Spaz’ and ‘Retard’ but there are many other words which have been used to oppress minorities, and in some cases reclaimed by those groups as part of the process of seeking equality.

This isn’t just about semantics and the use of words, hate crimes rob people of their confidence, and therefore their independence. (In some cases people have gone on to take their own lives as a direct result of harassment and bullying).

“Why are you calling for censorship?”

We’ve had a fair few messages from punk fans who are really upset that we’re calling for censorship. The thing is we’re not. I don’t see what we’re doing as censorship at all. What we’re doing is calling for a boycott of the album until the band change its name. That’s a different thing.

Throughout punk there’s been a long tradition of activism starting with bands like The Clash and then Dead Kennedys, Crass, Fugazi (and many more) speaking out around issues such as the environment, animal liberation, military interventions, apartheid, social justice, racism, capitalism, war, and many more besides.

In this case we see the Descendents album as a product which has an unfortunate name which can only contribute towards the oppression of people with learning disabilities in some way (by reinforcing the use of the word.)

We’re not censoring free speech, what we’re asking for is that people show respect, thoughtfulness and restraint in the language they use if they know it can harm others. As the –R-Word say “Language affects attitudes and attitudes affect actions”

Ironically quite a few Descendents fans have responded by calling me a ‘Retard’ – something which has also upset and disappointed the band. It seems ironic to complain that I’ve taken the word ‘spaz’ out of its cultural context, and then use a word that they will know the derogatory meaning of. (See the R-Word site for more info on the campaign in the USA)

Some punk fans have contacted us to say punk is all about saying what you like and offending people. We disagree!

“The band didn’t mean any harm”

We’ve never said they did, we accept that it was totally unintentional, however, the use of words that marginalise, even if by accident, still have the potential to cause harm and we believe we should all take responsibility for challenging language if it’s known to cause people harm. Either directly or by creating an environment where words are used without thought, and people are further marginalised as a result.

“It’s not a proper issue”

We’ve been criticised for being ‘Politically Correct Nazis’ who need to get a life and champion a real cause.

Here’s an example of one of the messages we received.

“There’s people starving, being raped and slaughtered, rampant homelessness and slavery…….and you’re worried about words and feelings!? That’s why the world is going to shite, because people are too concerned with being politically correct to take on the hard issues. Go live on the streets with no money, your priorities will most assuredly change when your starving, cold and destitute. Champion a real cause….raise money for starving families or food drives for the dying kids in Africa who would literally kill for a bowl of rice. I got news for ya sunshine, the world is a horrible and dangerous place….and protecting peoples feelings isn’t going to do fuck all to help those who truly need it.”

Hopefully I’ve now explained that it is a real issue. I think though that when a word gets used that causes harm people ought to act with humility and change the way they speak. (Not censorship but self-responsibility). That’s not ‘political correctness’ that’s responsible citizenship surely.

“Art should never be censored, the Nazis burned tons of Hebrew and catholic books. Guess what that was? Fucking censorship!”

As explained above we’re calling on a boycott, a very different thing in my view. Much as I don’t buy products from companies who’s activities I disagree with because I think they damage people and society in other ways.

But while we’re on the Nazis (a common word used in a number of contexts against us around this campaign) it’s worth thinking about a fact that often gets overlooked when we’re talking about the horrors of the Holocaust. At least 250,000 people with disabilities were also exterminated. So to link the Nazis with a campaign of this sort not only highlights the lack of awareness about the history of people with disabilities but also displays a huge lack of sensitivity.

However, we’ve also been accused of profiteering, and we’ve not made a penny through the t-shirt that we created for the campaign (back on sale here incidentally!).

I’ve also been accused of just trying to publicise ‘Heavy Load’ (my old band) – the band played its last gig in 2012. We no longer exist!

There is no denying that we’ve never had so much traffic to our website but the torrent of abuse (and occasional threats) have not been at all welcomed. A handful of fans engaged in thoughtful debate though, which was much appreciated.

I’ve already mentioned that some people do see ‘Spaz’ as an offensive word in the US too but I’ve had a number of fans say that in the UK we walk round saying the ‘C’ word as if there’s no tomorrow. That’s simply not true, a total misconception, as it’s also an offensive word here.

“Why not use this as opportunity to educate?”

A number of punks said we should have used this as an opportunity to educate people. That is what we were trying to do, in a direct sort of way.
I was recently teaching 10 year olds at Brunswick Junior School in Hove who totally understood the importance of language.

When pressed nobody has been able to suggest how we could have done things differently though.

“There’s loads of bad words in the world”

We don’t disagree, however, we’re a tiny little charity which supports people with learning disabilities [developmental disabilities] and we took the opportunity to raise awareness on this single issue because the album was coming out. We don’t have the resources to monitor everything going on, and we’re not about to go through rock music’s back catalogue to challenge other words which cause harm to disabled people or otherwise.

The final thing that really seemed to enrage a lot of Descendents fans was that we dared to use the bands own artwork in a subversive way to create a parody cover. This one really puzzled me. Isn’t that at the heart of the punk spirit? 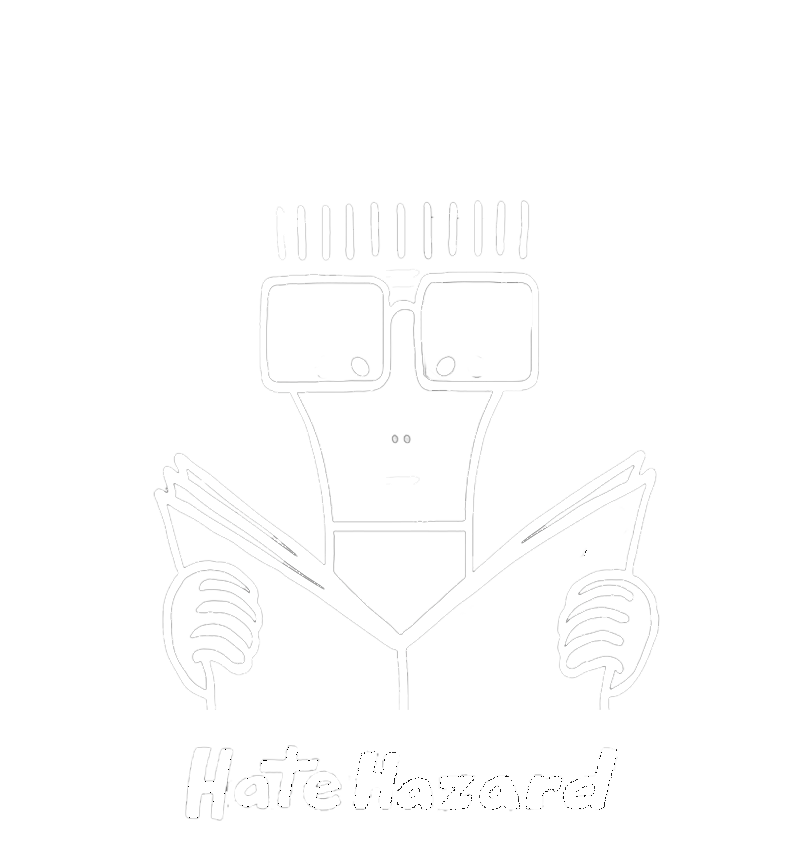 As the director of a charity that supports people with learning disabilities to be active and valued in their communities I care deeply when I see language that helps prevent this. That’s why I’ve done something, not to make money, or shameless self-publicity, but to try and make social change for the better.

I’m an activist in that sense, and will carry on regardless.

(Apologies for anyone offended by any of the language used in this article but I felt it was important to reflect the mood of the debate).

The s-word – Golfer Tiger Woods has been criticised for saying he played like ‘a spaz’. Can using the word ever be right? (BBC website)