It’s been another interesting week for us.

The birth of Stay Up Late was featured in the feature documentary ‘Heavy Load’ – about the band I played in with three musicians with learning disabilities along with my mate Mick. As a result of the film Stay Up Late has grown from strength to strength and I’ve kept in touch with Jerry Rothwell, the director. In fact he’s now one of our trustees.

His latest film ‘Town Of Runners’ is about the small town of Bekoji in Ethiopia which produces an amazing amount of worldclass long distance runners. The film itself has been crowdfunded and I’d been talking to Jerry about the idea of staging a fundraising screening of the film to support projects back in Bekoji. Then I found out that the inspirational Coach Sentayehu would actually be visiting the UK last week. I was keen to organise an event around this for various reasons:

–       It would be a way of supporting Jerry’s amazing film and saying thank you for the amazing things he’s enabled us to achieve by making a film about us.

–       It would raise funds for the community of Bekoji 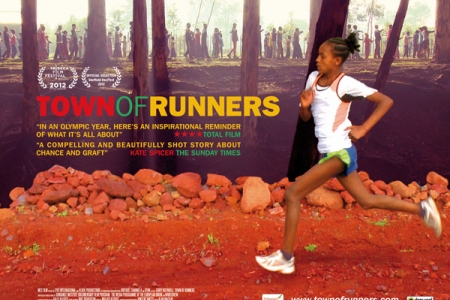 In a nutshell, we got the use of our local church as a venue for free, I produced the flyers and got them printed up for £30 and we paid Pop Up Cinema their screening fee of £100. We built our audience by contacting every running group, sports shop and ethnic minority support group that we could think of and also tweeted far and wide around our networks, local community sector forum and told everyone we met, as well as putting leaflets through all the doors around the church.

I’d arranged for Jerry, Dan (producer) and Coach Sentayehu to do a Q&A at the end which I facilitated. A possibly radical decision I made was not to charge anyone to get in, which was slightly reckless as we had no idea how many people would come but it also meant there was no administration around tickets. I then put out two great big glass jars and asked people to be generous.

After we’d taking out costs we’d raised a £210 surplus. Everyone had a great night, watched an amazing film, had an opportunity to talk to the people involved in the film, and importantly it was a fantastic local community event with around 120 people attending. The only downside was that it was raising funds for another project! But to put that in to context the money raised will pay the coach’s wages for 6 months and I’ve also been able to apply a lot of learning from the Crowdfunding Challenge in promoting the event and building the audience. So all in all a fantastic week with some great outcomes. 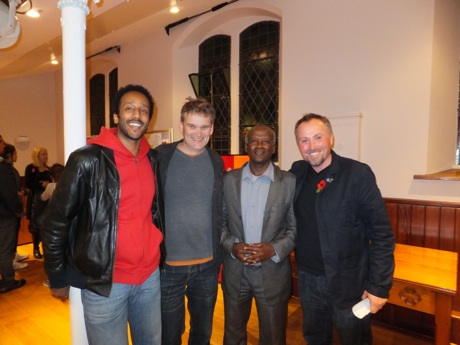 Gig Buddies was pitched as an idea at City Camp Brighton, an ‘innovations camp’ attended by community groups, academics, local government, creative types and social media experts to look at ways in which we can improve the city through innovation, Gig Buddies ended up being the winning pitch over the weekend which then led to us being approached by the lovely people at Good For Nothing, an innovations camp much more focussed on the technological ways in which creative people can do ‘Good For Nothing’. Both are strong communities of like minded people and this week we had a joint social meet-up of both communities, which overlap quite a bit. One of the causes for the next Good For Nothing camp in January are two women (an old neighbour) who want to set up a social enterprise which is a creative writing workshop but fronted by an ‘Extinct Pet’ shop. The model is already working in London with the Monster Emporium in Hoxton and is a well-established model in the US. They intend to crowdfund to seed fund the business and so I was able to chat to them about our experiences and said I’m happy to work with them at the Good For Nothing camp next year.

But it also got me thinking about the possibilities of using a totally unrelated enterprise to fund the activity you’re really wanting to run, but not only that but to make that enterprise as crazy as you like. That’s really got me thinking now! 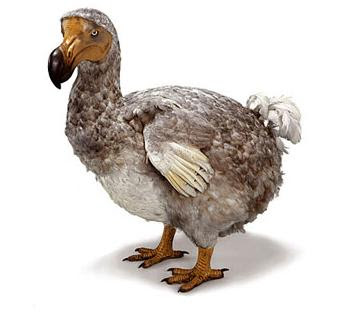 Back to Gig Buddies. There was a lot of excitement and interest about the Crowdfunding Challenge and our ongoing work at the City Camp meet-up and we’re starting to get the job applications coming in. So despite the local paper trying to sell us a ‘cheap’ package of £399 to advertise the post we’ve done it for nothing using social media and free job sites. So not only is social media a good way of raising money. It’s also a good way of saving money too!

Apply to work with us here

And keep up to date with our Facebook community here