Commissioning – an idea and a lesson learned

A vision for commissioning

I learned a valuable lesson last week at Think Local Act Personal’s and In Control’s Community Resilience Network meeting in Warrington when I was trying to offer my views on commissioning.

We were there talking about our work with Gig Buddies and how it’s a project that is not only a lot of fun for participants and volunteers but is also ‘serious fun’ in that it delivers some really important outcomes around health and well-being and inclusion in the community.

I decided it would be a good opportunity to try and pretend I knew something about rugby by drawing a comparison to ‘that try’ – regarded by many as the greatest try ever scored. I ‘borrowed’ the analogy from Mark Earl’s book ‘Herd’ in which he uses it to talk about management.

I wanted to use it describe a vision for commissioning.

Commissioning is also something I don’t understand a great deal about, it seems a mysterious and complicated thing at times, however, I am lucky to have worked with some really lovely commissioners and they’re really nice people trying to make a real difference. I’m going to try and have a go at talking about something that I don’t know an awful lot about though. Maybe that’s actually a good thing!

The story behind ‘the greatest try’ is that the Barbarians were an invitation only rugby team made up of an elite of the best international players from England, Ireland, Scotland and Wales. The team traditionally also had to include one un-capped player.

I don’t know if this is still the case but in 1973 the team were a scratch team who wouldn’t train together on principle. They were being pitched against the feared, and highly trained and experienced, New Zealand All Blacks.

“The Barbarians are a rugby club which brings together players from different clubs to play a few matches each year to enjoy the camaraderie of the game and play attacking, adventurous rugby without the pressure of having to win.”

The team were put together by coach Carwyn James who would stand on the touch line smoking. I think the video clip of the try speaks for itself with the excited roar of the crowd and the amazing commentary.

The reason I think this shows a vision for commissioning, and releasing community capacity, is that the coach set the conditions by picking the best team and instilling in to them the liberating philosophy to go out and play adventurous rugby without the pressure of having to win. 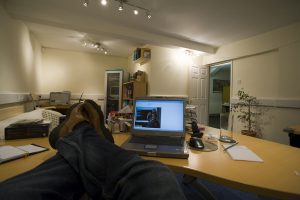 What Carwyn James didn’t say was “you, catch that ball, side step him, dummy him, pass to him etc. etc. etc” and at times commissioning (in my view) can seem too much like that.

We see this with the way in which support services aren’t delivered in a flexible way enabling people with learning disabilities to lead the lives they want (and go out late).

What Carwyn James did was create the right conditions (by selecting the team he thought best) and giving them a framework to play around (being adventurous).

I think commissioning can be just like that, with the commissioner giving a broad intended outcome but then letting the players (the people who use support services, grassroots community groups, support providers etc) the permission to be creative and adventurous and do what they do best. That is, after all, how we got Gig Buddies off the ground the the East Sussex County Council Commissioning Prospectus with it’s focus on broader outcomes around well-being and inclusion. (Sadly that funding has now been cancelled but it was an amazing start for us – see ‘The Big Society just got a little bit smaller’).

Disappointingly today I was also reading the new report from the Care Quality Commission ‘Better care in my hands: A review of how people are involved in their care’ which finds that only around 50% of the people involved said they feel definitely involved in decisions about their care. How much longer until we realise that meaningful involvement of people, and proper co-production of support is the answer. It’s actually not that hard to really listen to people, I’ve never actually met anyone yet who can’t tell you how they want to live their life. What takes skill, and time, is listening to what they’re saying and acting on it. The most difficult part? Handing over the power to the people who need the support.

The commissioner can then kick back and have a smoke (metaphorically speaking of course) and sit there with a glowing feeling of “I did that, I helped make that happen”.

So hold on to your hats and watch this…

The lesson I learned

So what was the lesson I learned? For me watching rugby is a bit like listening to Miles Davis. I love it but don’t really understand what’s going on. So there I am standing there up the front at North West Community Resilience Network event using this analogy and pretending to know what I’m talking about, when I found out that the chair, Clenton Farquharson, is an ex England under 21 rugby international!

And to finish off here’s a bit of Miles Davis. Taken from the seminal ‘Kind of Blue’ album this piece uses musical modes rather than chord progressions as a harmonic framework. Do I sound like I know what I’m on about yet?