At our recent Annual General Meeting Christian and Jo told us what being Gig Buddies meant to them. Here’s their fantastic presentation: 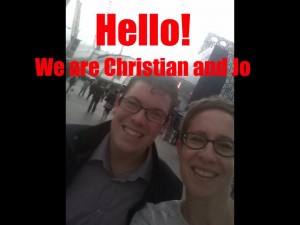 We met about 18 months ago – were matched up. 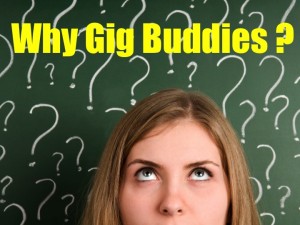 Every town and city should have a Gig Buddy project. People with learning disabilities are often quite isolated and not always part of their local community. This needs to shift. Society needs to get educated on real inclusion and that is…. People with learning disabilities being active in their local community- the pubs, gigs, clubs, cafes, work places, local events. Gig Buddies helps people to do this. It enables more natural relationships that are real and not ‘paid’…ones that grow and are two way. We both get something out of it. Laughter, being wound up, learning, inspiring each other. The idea of Gig Buddies isn’t rocket science but it is one that really works and we need more Gig Buddies projects up and down the country. 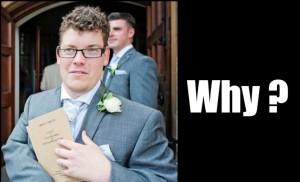 I chose Gig Buddies because I was quite lonely and sitting in front of my TV all the time. So I wanted to get out and experience the active lifestyle like going to concerts and meeting people. When I used to go out with my family, I used to like that but I wanted to experiment with different things and meet new people. Before I met Jo, I mentioned to Madeline that I wanted to meet Jo first before I decided yes or no to her being my Gig Buddy. 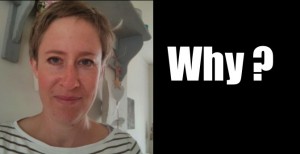 I work with two organisations that support people with learning disabilities but they are based in London. I have met some lovely friends from there but they are too far away as I live in Lewes, near Brighton! I was keen to make connections with people locally. I believe passionately about inclusion and people having a voice. I heard about Gig Buddies and fell in love with the simple idea of hooking people up according to their passions, what they love doing. For me that’s the right approach- its not about what Christian and I can’t do or things we aren’t good it…its just hooking up two human beings and seeing if they connect through things they like. When I first met Christian I was a bit nervous and I new that he wanted to see if I suited him. I was preparing myself for him to say ‘No she’s not for me’ and to try not to take it personally J. Luckily he didn’t but to be honest it was the same for me. I really wanted to be connected to someone I liked and wanted to hang out with. It wasn’t long before we were laughing together and winding each up and its gone from there…. 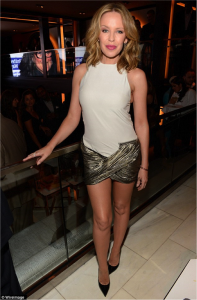 One of our first gigs was to see the lovely Kylie Minogue at the O2. We had considered whether to take our gold hot pants to wear !!:P BUT I think our better judgements advised us wisely not to!…though it would have made a GREAT photo! Hmmmm. We had dinner out and followed up by a bit of a bop to the dancing queen of pop herself! 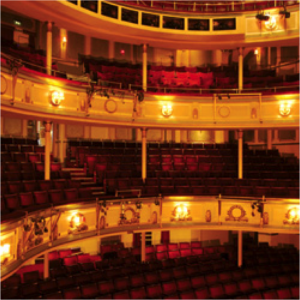 This is The Royal Theatre in Brighton where we saw a very clever show that we can’t remember the name of! 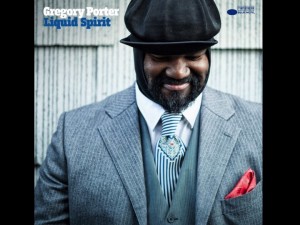 The king of smooth himself. Christian’s choice and inspiration for Jo. He had seen him 8 months before with his mum in Brighton. 8 months later Christian discovered he was playing at the De La Warr in Bexhill. A great venue and beautiful building. We got the last of four tickets. Wow what av oice he has – you melt into his smooth, velvety voice. 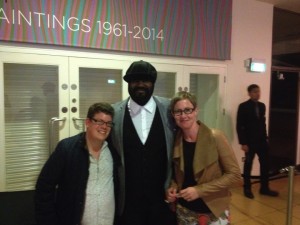 We got the chance to meet him afterwards. It was hard to resist hugging him as he is such a gentle soul. 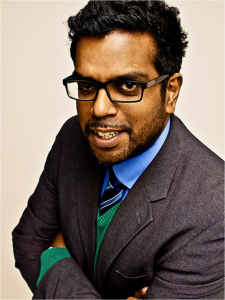 We can’t afford to go to many expensive gigs so we decided to go to Lewes local comedy night at the con club in Lewes. It just happened that Romesh Raganathan happened to be practicing his Edinburgh festival show. He was fab and VERY funny. Had us in stitches and we met some lovely people sitting people behind us….and some people Christian knew through work who were in the audience. This is a great example of natural relationships growing. 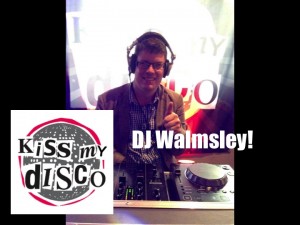 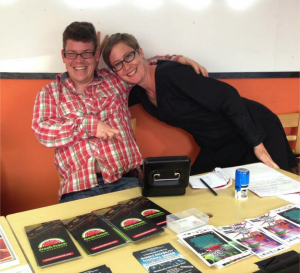 This is where we were helping out at one of the Kiss My Disco events on the door- we take the money and stamp people’s hands and give out leaflets. Clearly its hard gruelling work and we don’t enjoy it at all! Ha ha! :0 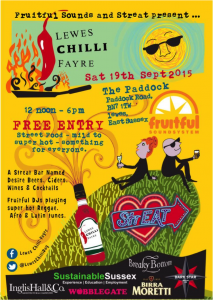 A warm day in the sun spent together at a local event called Lewes Chilli Fayre. 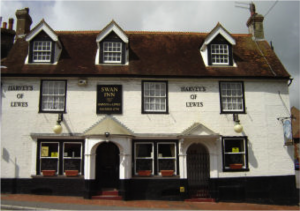 In June 2015 it was Jo’s birthday. She was meeting a few friends at The Swan pub in Lewes for drinks and a bit of good music. Obviously Christian was part of this, so he met quite a few of Jo’s friends and her partner. Inclusion, inclusion, inclusion! The lovely thing is that some of them have met Christain in other places and said hello etc. Natural relationships and hook ups! 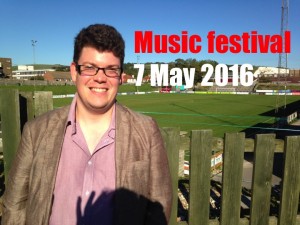 Christian and Jo are on a committee of people to help organise an inclusive one day music festival in Lewes at the Dripping Pan (football ground). Its for local people but specifically making sure that people with learning disabilities are involved and come along. Its bringing together local musicians, well-known and not so well-known and there will be food stalls, and a funkup zone. 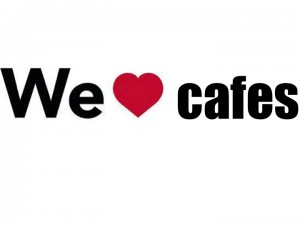 We like going to cafes and sometimes we meet there to do a bit of exploring for things we’d like to do together. That and we both love and bit of cake! 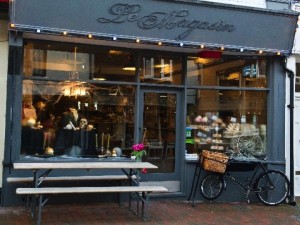 One of Christian’s favourite cafés in Lewes where they know him. 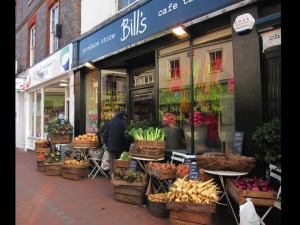 Bills- Jo asked Gig Buddies if Christian could meet her family as they like to go to gigs too. It seemed the natural next step to introduce him to the family and create a space where they too could get to know the lovely Mr Walmsley and he too could meet them. Who knows what could develop there? Maybe one of them hook up with him if there’s something that they have a common interest in. It teaches Jo’s kids as well about real inclusion. So we met at Bill’s for breakfast and hung out for the morning! An easy weekend monring together- lovely! 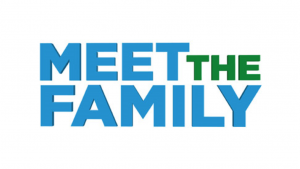 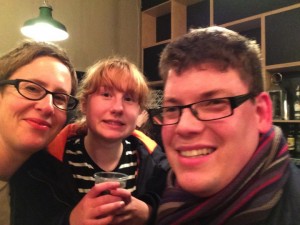 One of the latest adventures out- a comedy evening at Brighton Dome which Molly came to, Jo’s 14 year old daughter. This moment captures drinks before the show. 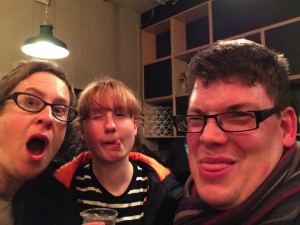 Life’s too short to be serious all the time! 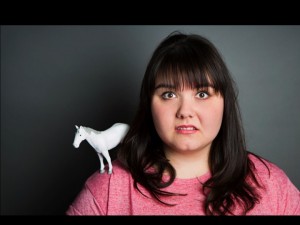 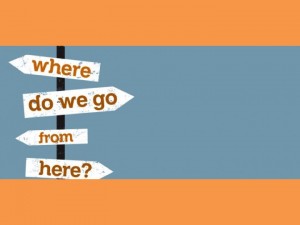 The world’s our oyster. We’ll keep growing our friendship and inspiring each together with different things to do. It spices up our life and makes sure we both get out! There’s more to life than work! 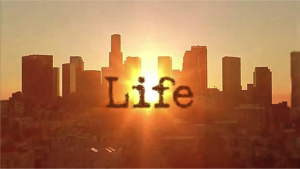 “I know this is a life thing”

“I know this is a life thing” – Christian’s quote. For Jo it’s the same. We’ll keep growing this lovely friendship thing together. How lucky we are! We really are! But also, who knows… friendships have bumps but we have spoken about this and the importance of us talking to each other if we ever feel let down or disappointed or we need to support each other more. That’s the test of a friendship! 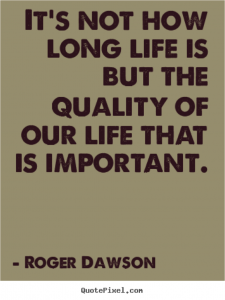 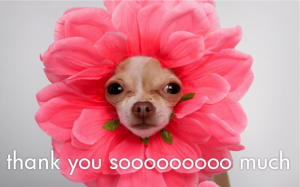