‘Build a united voice, stay strong and be positive!’

We talk to Stay Up Late Ambassador Sophie Hinksman

Our Campaigns Co-ordinator, Darren Johnson, talks to Stay Up Late Ambassador, Sophie Hinksman, about her campaigning, about the problems people in supported living often face when they want to go out and about the need to build a strong and united voice for people with learning disabilities.

Darren: What made you want to start getting involved in campaigning for people with learning disabilities?

Darren: Tell us some of the projects you’ve been involved in? 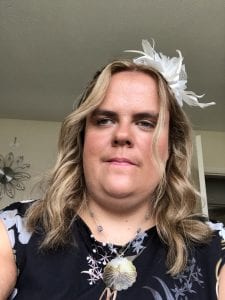 Darren: And presumably you’ve met some amazing people along the way – where you can learn from each other and help each other?

Sophie: Yes. I’ve got a friend in Cardiff who’s amazing. His name’s Simon Richards. He’s from Cardiff People First and he got me involved in the #No Bedtimes campaign and Stay Up Late and campaigning for people with learning disabilities and he’s just fab!

Darren: What sort of problems have you come across for people in supported living when it comes to going out at night?

Sophie: I’ve spoken to support workers and carers and staff and they’re saying that their members don’t want to go out because they’re in supported living and the staff have got to change over at a certain time. And because I live in West Wales the other issue that we’ve got is that if you are in supported living and you haven’t got transport then it’s difficult getting back home. Transport is a big issue where I live.

Darren: What would you say to those support workers and managers who say people don’t want to go out, that they’re happy staying in?

Sophie: Well it’s down to choice really. It’s up to the person whether they want to go out or not but I’ve spoken to a few people where I live in Pembrokeshire and they do want to go out but basically it’s staff changeover about ten o’clock.

Sophie: Yes – and have more support because there’s not enough support around here anyway. So, yes, it’s about getting the funding to have more support and it’s about changing attitudes as well. Another reason why it’s difficult for some support staff to take their members out late at night is because of medication. And there are two sides to care homes and supported living because you’ve got staff coming on to do a night shift on one hand and then on the other hand you’ve got staff on 24 hours a day sleep-in. Some staff will let their members go out until whatever time – to a pub or out for a meal and so on. But like I said it’s around people’s attitudes

Darren: And it doesn’t cost anything to change attitudes.

Sophie: Yeah – and at the end of the day people with learning disabilities who are in supported living are adults. They’re not children. They should be able to have a life and go out and do the things that they want to do whether socially or in their private life. And people want to have a job as well, whether that is during the day or evenings depending on what the job is – and then there’d be money to go out socially then.

Darren: Because you need money, too, if you want to enjoy going out.

Sophie: Yes – and also I know that Gig Buddies is around in Wales in Cardiff and Bridgend . I think we should do more work to have something down here as well – to have more opportunities down in west Wales.

Darren: What do you think of the #NoBedtimes campaign?

Darren: Any thoughts you want to leave people with?

Sophie: Check the website out and speak to other people about the campaign and just help build that united voice. Stay strong and be positive!