Brexit – what does it mean for social care funding?

How we foresaw Brexit at Glastonbury

A funny thing happened at Glastonbury Festival this year. We’d gone down early to set up our stall on the Monday and due to the mud and rain, and some other problems, we didn’t get on site until late in the afternoon. We erected what we could (the roof) of our marquee and slept out partially under the stars. We’re not saying that finding out about the Brexit vote at Glastonbury was at all funny, but there was a strange omen a few days before which we later saw as showing us some foreboding signs!

The next day we drove over to the disabled camp site and erected everyone’s tents for sleeping in. All 12 of them. We then went to park the van so we could have a leisurely day setting up the stall and relaxing before the rest of our party arrived to experience the sensory onslaught that is ‘Glastonbury Festival’!

That’s when the funny thing happened. Instead of turning left in our van we ended up turning right out of the festival entirely, which ended up in us joining a 10 hour traffic jam to get back in to the festival! It was as though we were foretelling the future as 3 days later our entire country seemed to take a ‘right turn’ with the Brexit vote causing fear and resentment across the land. 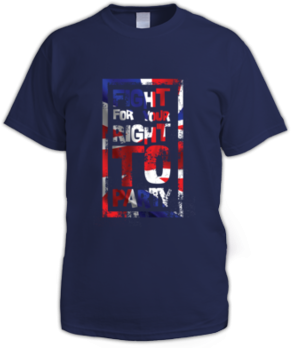 What does it all mean for social care?

One of the activities we were running on our stall, as well as the usual make-over fun, was asking people to sign this letter to send to their MPs. In it we’re asking that they represent their constituents with support needs and fight for their right to be active citizens. Now with the Brexit vote as it is we have no idea what this means for social care.

In 2015, as part of his opening speech as the Association of Directors of Adult Social Services (ADASS), Ray James pointed to a 31% real terms cut in social care funding over the previous 5 years. “Five years!” as he repeats! So what with all the uncertainty about the situation post Brexit it’s now even more important than ever that we hold all our politicians to account and ask what they are going to do to make sure everyone in their constituency is able to be a full and active citizen in their community.

What we want you to do

We’d like you to take action and make your voices heard. Could you take just a few minutes to go ‘old skool’ and post a letter to your MP?

The right to Stay Up Late

For many people we take the right to Stay Up Late, or go to bed early, for granted.

If you have a learning disability, and need support to go out, this is often not possible due to inflexible support systems. I think this is a human rights issue that just isn’t talked about. Imagine if you weren’t able to go out, see your friends and be part of the cultural life of your community.

What would the impact be on your mental and physical health? It’s also not good for the whole community if people with learning disabilities are segregated in this way.

I think that providers of support should be made to provide support that meets the needs of the individuals they work with, and that the government has a responsibility to ensure that services are commissioned in ways that enable this to happen.

I would like you, as my MP, to write to the Director of Adult Services in our constituency to ask that they ensure that they are commissioning support services that enable people with learning disabilities and autism to go out as late as they want to, and are able to choose how they life their life.

I look forward to hearing from you.

The end of our Glastonbury ‘right turn’

Glastonbury Festival isn’t the sort of place that you can ‘blag’ your way back in to so we had to sit tight in the traffic jam. We listened to loads of music, chatted, shared awful jokes and breathed in the Somerset air. There was nothing else that could be done.

In the end (by 2am in the morning) we were back inside the wonderful world of Glastonbury and had an epic adventure for the rest of the week.

There was a mood amongst the people that we spoke with that we’d left a country behind, and would be returning to one that we might not recognise so much so we would have to make the most of enjoying the festival.

We ended up staying up so late it wasn’t even early when we got to bed, and the participants who went with us all said they enjoyed the opportunity to not have anyone telling them what time it was, and what time they had to go to bed. 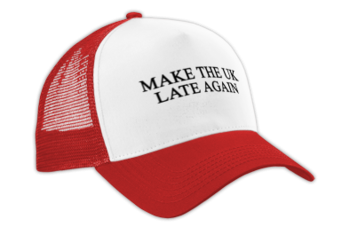 Let’s hope we can put pressure on our MPs to make sure that’s the case for everyone who needs support to go out and party.