Given how much we hate all the media hype about Blue Monday being the most depressing day of the year we thought we’d run our own #BollocksToBlueMonday campaign this year. We also asked one of Ambassadors, Rohan, to take over the Stay Up Late Twitter account for the week and fill it with uplifting stories. Here is Rohan’s report back on how it all went.

Yeah – it was good fun doing the takeover.

This was my most popular tweet. It had over 76 engagements and 3,000 impressions. That’s loads! That’s really cool.

We did some stuff I hadn’t done before. I didn’t realise you could schedule tweets. It’s good because you learn how to do this new thing. It’s also good if you are busy – because you can plan when you are going to publish things. 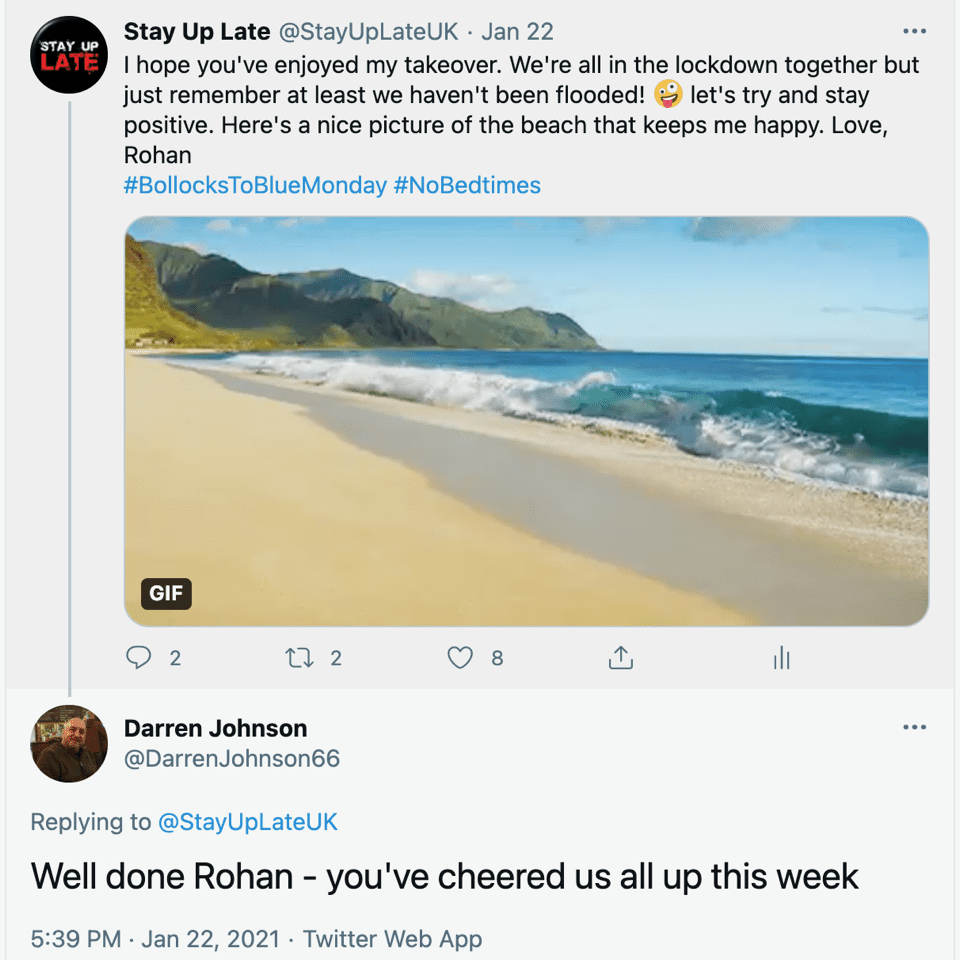 It made me feel happy to do the takeover. Lots of people said it cheered them up, too. 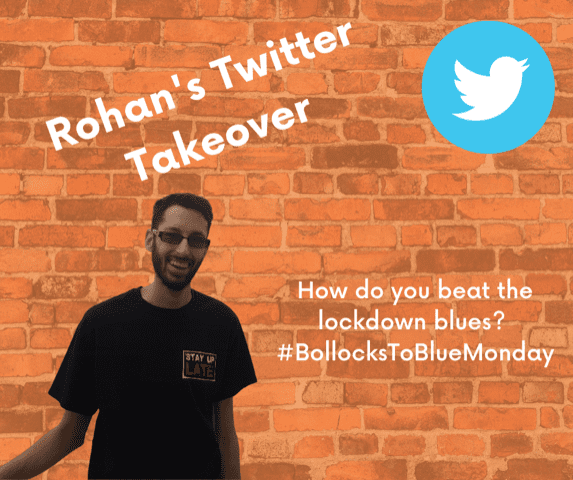 That’s probably why it made me happy. I shared music, pictures that I liked, and some that other people sent in, using the hashtag #BollocksToBlueMonday. Of all the songs we shared I think Lady Gaga was my favourite. 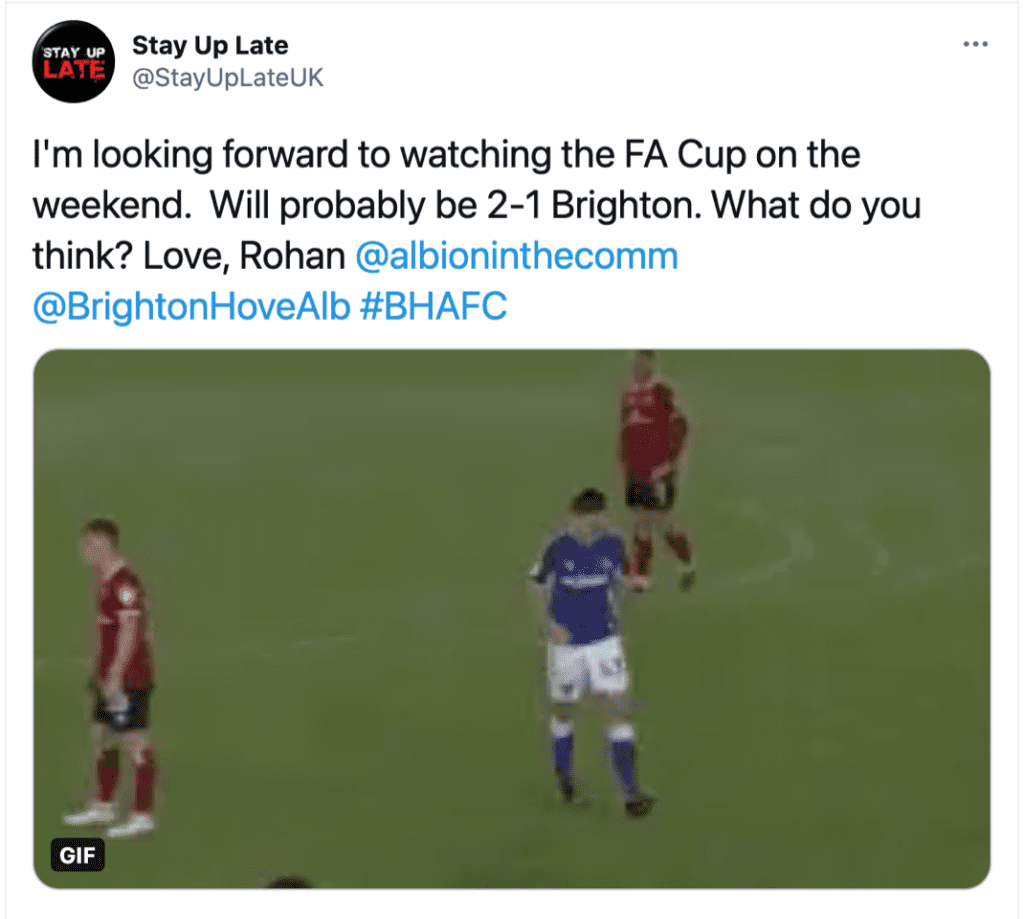 If you are thinking of doing a Twitter takeover, I say go for it and it’s good fun.

It’s important that adults with learning disabilities have a voice. It allows them to express their own views on the Stay Up Late channel. I would like to see more in the future.