Be Free Festival – Are you gonna Be Free?

About our day at the Be Free Festival

We were at an amazing event yesterday, Paradigm’s Be Free Festival in the beautiful setting of the Epping Forest in Essex. The Be Free festival is an event for people with learning disabilities and their support staff and poses the question: Are Gonna Be Free?

This the second time they’ve held the festival and the whole purpose is to enable people to try new things, and Be Free! There’s outdoor activities like zip wires and crate stacking, live music, DJing workshops, ‘beat massages’, chatting round the camp fire, camping and no rotas or systems telling you what time to go to bed! You can probably tell that we’re a big fan of this event. 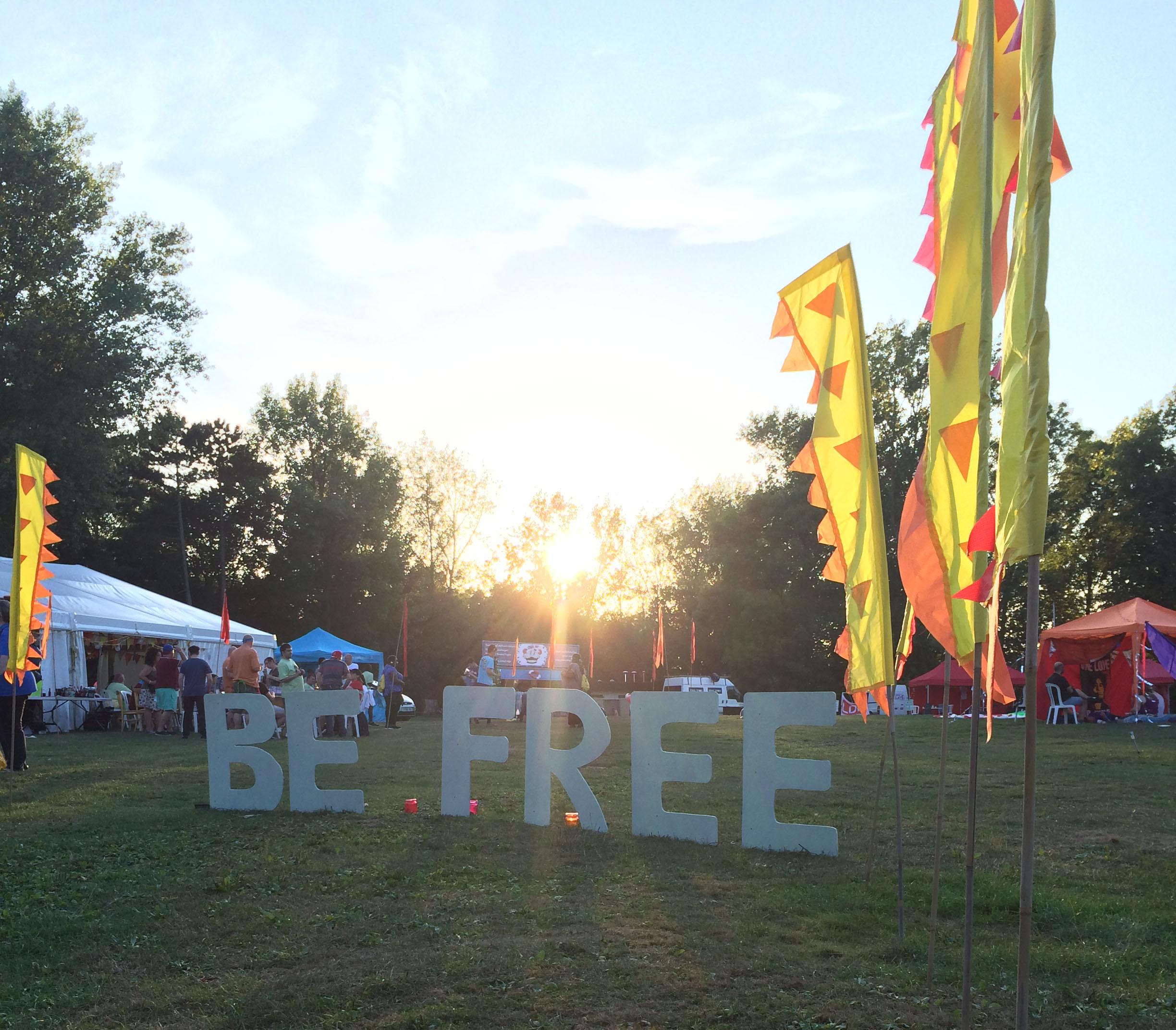 How can we all Be Free?

We were there running DIY t-shirt making workshops, and encouraging people to customise their own creations with their own messages for how they want to Be Free. At the event I was watching some really skilled and good support from staff but I also saw some examples of not such good support. This took different shapes but some of the things I noticed was:

1. A reluctance to see silence as a fertile place.

This is something we do see a lot in different ways and would just like to let those staff members know that silence is great, it gives people time to process information and take control.

The first thing that one support worker said to us was that they were pleased to at last find something that was accessible. They then went on to talk a lot about themselves and their ideas over the head of the person they were supporting. This is where the art of silence would have been wonderful!

Not only was it unfair to criticise the festival because one of the activities was inaccessible to the person they were supporting (some things never will be), there were stacks of things that were accessible, but they also weren’t doing their job. They were there to enable the person they were supporting to be involved and do what they wanted to do. Not listen to their support worker

They dominated the conversation, spoke about themselves and the man being supported was very quietly spoken, used few words, and actually said nothing. I can’t imagine how frustrating that must be for him if he regularly has support like this.

I was working with one man who decided to write across his t-shirt. “Have fun, get pissed, be a rebel”. Now for me this man had totally embraced the spirit of the Be Free Festival succinctly. He was saying it was an occasion to break some of the ‘rules’ that he was having to live by. His support worker took one look at his t-shirt and said “very nice, I’m not sure about THAT word [pissed], but it’s your choice”.

Of course it has nothing to do with him what he thinks of that word at all. 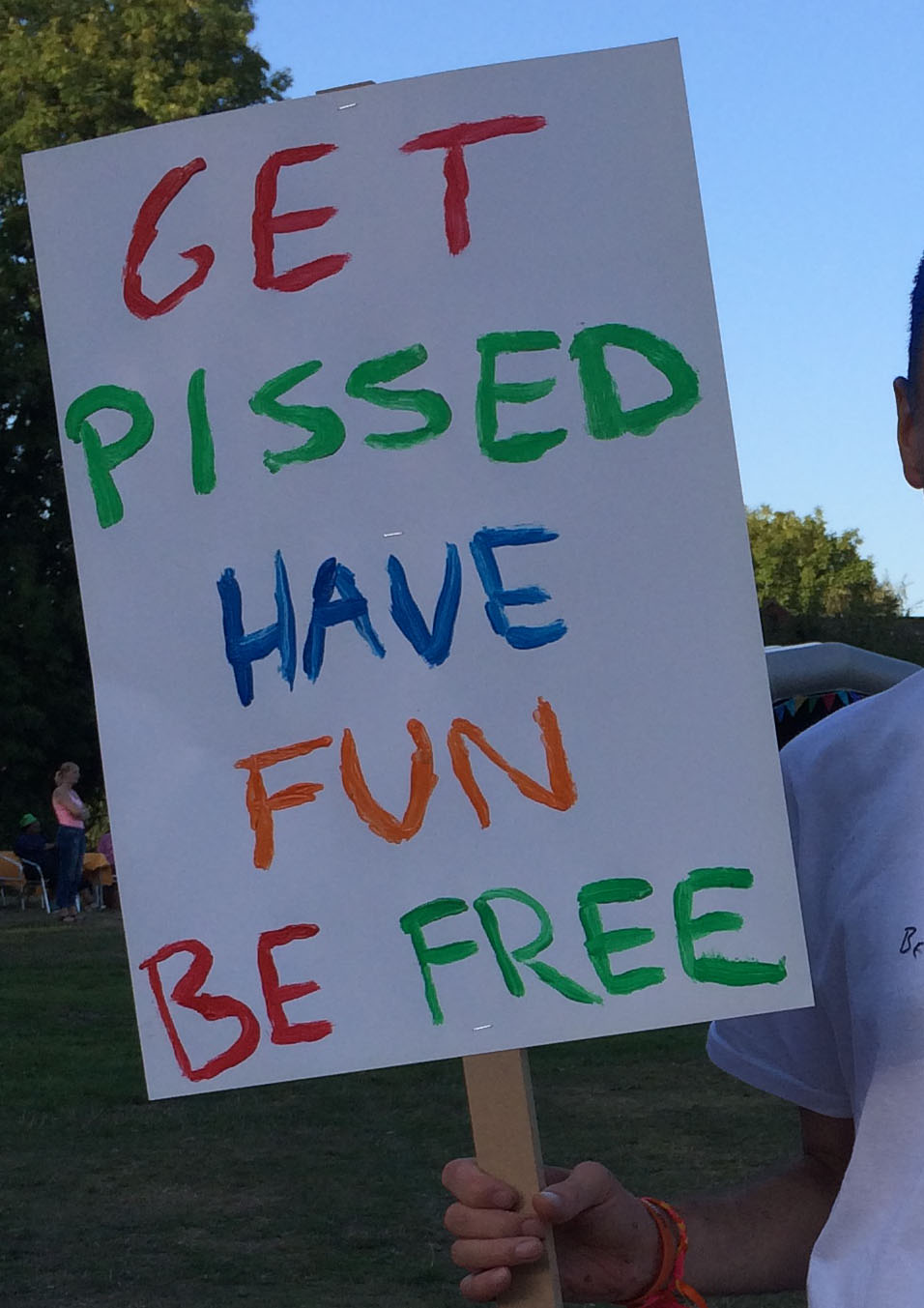 Support work can be a brilliant job

Years ago I was running a consultation meeting for West Sussex County Council and when introducing it I made it clear that the purpose was to find out the views of people in receipt of services. To make this clear I acknowledged the role of support staff in the room and said it was of course totally appropriate that they were there to support people to make their views known. But I also said that I didn’t actually care what their personal opinions on the issues were. This shocked some of them, and it may have come out a little bluntly, but I stand by it, we weren’t there to hear what they thought.

(I would of course care in the appropriate forum but this wasn’t it).

But amid these support workers, there were plenty of people were accompanied by great staff who brought enthusiasm and positivity, who held back to let the person they worked for take centre stage, who enabled somebody to communicate rather than talking over them, who knew that they had one of the most brilliant jobs in the world!

Are you Gonna Be Three?

So to Be Free you could Be Three things (see what I did there?)

Whilst I was at Be Free Festival I was also wondering to myself why we use the term ‘Support Worker’. It’s a well used term in the sector but I think it’s always good to question things that we take for granted. Then today I read this blog post from Dave Hingsburger I Am Not A Warrior: Words and Direct Support Professionals Recognition Week in which he asks the same questions about the terms we use for paid staff.

I don’t know what a preferred term would be but I’m sure there’s some more facilitative names (like Personal Assistant) out there.

I don’t want to paint the picture that Be Free was a negative day for me. It was a wonderful day and I didn’t want to leave. As the sun started to set the music started and it was very tempting to just sit there in the warm evening air and soak it all up for a few more hours.

(Sadly I knew that the next day I had wall to wall meetings and a date for some root canal treatment).

The wonderful thing about Be Free Festival is that it’s a way of opening people’s mind to new experiences and possibilities. We met a group of people with learning disabilities at a mainstream festival call Farm Fest this summer, and it was the experience of attending Be Free two years before that had given them the confidence to make that step! But I can’t help but think that the people who really need the support to Be Free are some of the support workers. If we could create cultures where the right people are recruited, where there’s great local leadership and where they receive training and development to create great cultures, then the people they support will truly start to Be Free. 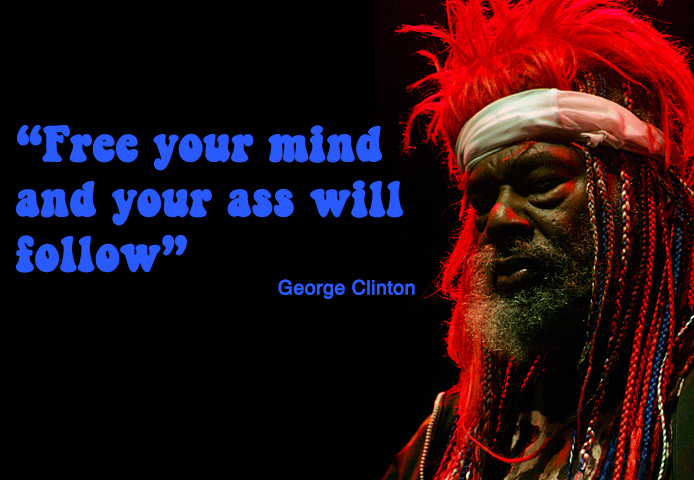 To finish this post I thought it would be nice to have ‘None of us are free’ by Solomon Burke but then I realised it’s 25 years since the release of Primal Scream’s Sreamadelica. So here’s ‘Loaded’ instead (also as a small tribute to the late great Rob ‘Throb’ Young)

We wanna be free to do what we wanna do

See you at Be Free Festival next year!