Our report on the fifth leg of the ART-is project, this time we were in Warsaw, Poland as we met with our partners to plan the final leg, in Malta in June. Thank you to our hosts in Poland for looking after us so well, another great trip and looking forward to Malta, but we also felt a little sad as we’ve made some good friends over the trip and hope we can keep our friendships going after the project ends.

Here’s more about the trip… 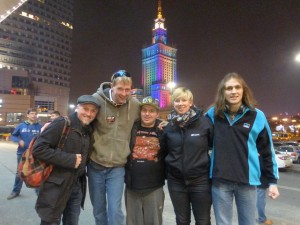 On the 5th leg of the Art-is Tour we visited Warsaw in Poland for 3 days in March 2015.

2 staff, 1 volunteer, 2 participants and a 3rd participant who paid for his trip attended.

The aim of the trip was to learn about the process of making a film and enjoy being educated in Polish culture as well as learning life skills and socialising with our European friends and have fun!

What did we do on the trip?

Tom: We got together in brighton, got a taxi to gatwick, went through customs, we had something to eat, got on a plane and arrived in Poland! When we arrived at the hotel we went to the bar – it was amazing, it was on the 40th floor it was very bright and it was beautiful to look at the bright lights and meet the new people we would be spending time with. We stayed up until 2am! 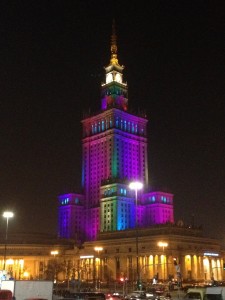 The next day we went to a polish restaurant and tried polish soup, chicken carrots and mashed potatoes. Breakfast in the hotel was my favourite because you could help yourself and I had sausages, bacon, scrambled egg, toast, orange juice, and fruit smoothies. One morning I had Danish pastry which was my favourite.

In the evening went to a pub and met our new friends and it was really good.

Kate: What did we learn?

Graham: How to make films. I learnt it takes quite a long time and you do it in stages -there’s lots to do!

Tom: life skills. How to speak a different language and I learnt some new words in Polish. 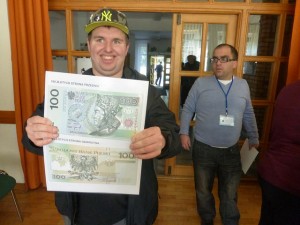 Doing travellin at the airport and speak to people from a different country. Going away on my own without my family and being independent. I learnt how much things cost and the money they use – Zloty! With my money I mainly bought drinks everyday, coke light and water, that was all I drank, some food, I bought magnets for my mum and dad and polish crisps for Tracy because she likes crisps and its a nice present to bring someone from another country! I bought in a shop a polish hat. We visited a flea market and saw nazi memorabilia, I know it’s history and there is a lot of history in Poland. I liked seeing the Second World War submarine telephone on the wall in the pub and took pictures. 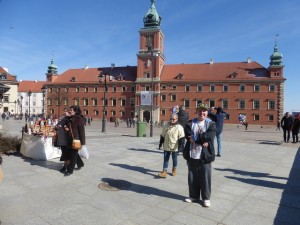 Kate: I learnt how to help support someone do a dry and wet shave and Tom said I did a good job! Am I allowed to say that Tom? Tom – well you tell me Kate, I’m not bothered!

What were the highlights?

Tom: meeting new people and learning about currency in Poland and a different language.I met a new polish girl- I have to mention that bit! Am I allowed to say that?! I did meet someone though and it was nice, that’s what I’m mainly happy with- making new friends. 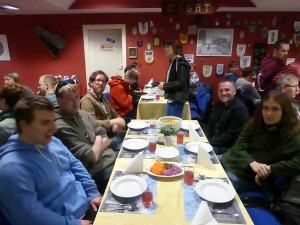 Ryan: for me it was the opportunity to perform, both at the event on the Sunday but also in the video. It’s been the highlight of my year so far.

Kate: When Ryan created a role for himself in the film that suited him perfectly and he turned the experience around making the trip really meaningful for him and in his words worthwhile. Also watching all 3 participants go with the flow which I know can be hard with autism or a learning disability but they all tried new things seemingly unphased such as the food, transport, communicating with people from 9 different countries and things not running to plan. Watching them laugh out loud and enjoy each other’s company and generally having a great time with the whole group. 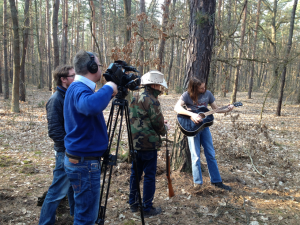 Tom:The language barrier, it was a bit difficult when I couldn’t speak all the words. I couldn’t understand everything the polish people said to me but I tried using some signs I knew. 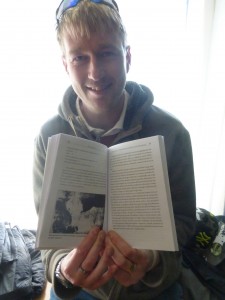 Kate: sometimes the guys didn’t want to join I the activities and there wasn’t an alternative for them. I tried to encourage them but perhaps didn’t do enough to involve them in the initial stages of film making so they never really had a role so we ended up hanging around a lot on the first day, but the trips on day 2 and 3 turned into adventures which made the days more exciting despite not all of them engaging in the workshops. 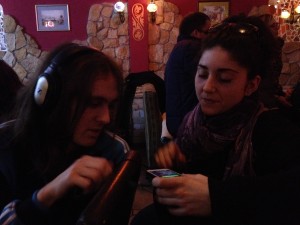 Tom: it was very posh and very nice 5 star! I found it easy to use. I chose to have my own room – so I didn’t have anyone hassling me so I could have my own space. I could call Kate’s or Paul’s room if I needed to. I felt safe there. I found the lifts awkward at first as I got confused where I was going but wanted to be independent. Kate helped teach me how to use the lift and I used the lifts on my own. Sometimes it didn’t go to plan but I was ok! I asked to go downstairs to get an apple from reception. They had bowls of apples you could help yourself to anytime.

Graham: I really liked it! I like sharing my room with someone else. I took photos out the window of the other buildings, signs and stuff.

Kate: probably the nicest hotel in the world I’ve stayed in! It’s not often I say I could’ve spent more time in the room! 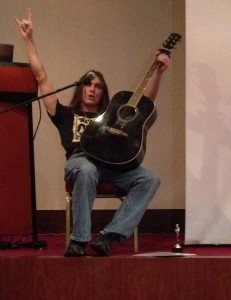 This was another great trip where we again enjoyed meeting people from other groups, seeing a new city and trying new food. A real highlight for our group was working with Ryan to work out just how he could incorporate his guitar playing skills in to a short film about Little Red Riding Hood. It was a problem we considered over breakfast and hatched a plan…

What if the huntsman chanced upon a passing singer/songwriter as he was looking for wolf? Ryan then took this idea and made it his own. And here’s the film to prove it. (Ably directed by Dave, who was awarded a Oscar statuette for his efforts). 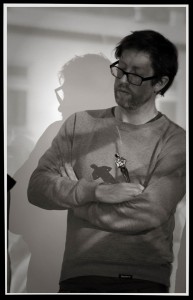 A few other cultural things we enjoyed were looking round the flea market for old LPs and other things, getting to know each other better and of course Staying Up Late in bars and chatting with our ART-is friends. (And yes we were always the last to go home). 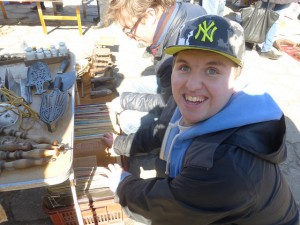 Another feature of the trip was Tom’s ability to ask really interesting questions in his quest to find out more about Poland, Polish people and the other ART-is partners.

Perhaps Tom’s killer question of the trip was ‘what’s the difference culturally between Poland and Japan?’

So we thought we’d finish this blog with the question Tom asked everyone when we were sitting in a cafe in Brighton reminiscing about the trip:

“Does the experience make you feel like you want to  go back to Poland?” – everyone said “Yes”