Alan Courtis and The Band of God!

I’ve been in email contact with Alan Courtis for years. I can’t remember how long but we connected through the Heavy Load movie. Alan was a founder member of the band Reynols, from Buenos Aires. The band formed whilst he was at university. He’d become friendly with Miguel Tomasin, a drummer with Down Syndrome. It seemed obvious that they should form a band and they went on to spawn over 100 releases. They also secured a residency on a daily live TV show! 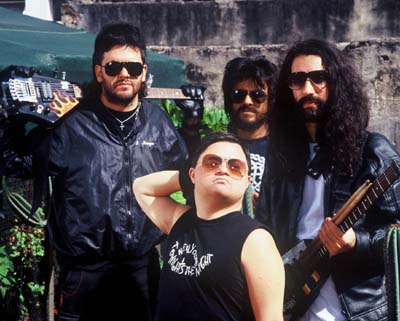 Alan is a well known experimental musicians and has collaborated with absolutely stacks of people including Lee Ranaldo (Sonic Youth), Mats Gustafsson (The Thing) and Jim O’Rourke. Alan is absolutely passionate about inclusion and using music as a way of enabling people with learning disabilities to be seen as equals, and leaders, in their communities.

Here’s an article written by Alan in The Wire magazine where he talks about his approach and ideas. There’s also some of the tunes he recorded with The Mumbly Wolves, from our mates at Club Soda in Croydon.

Alan met with us whilst on a tour of Europe running a variety of workshops. This is the second workshop we’ve run recently with other musicians and you can read about the session with did with The Musicians of Benares here. Here’s what happened…

Introducing The Band of God 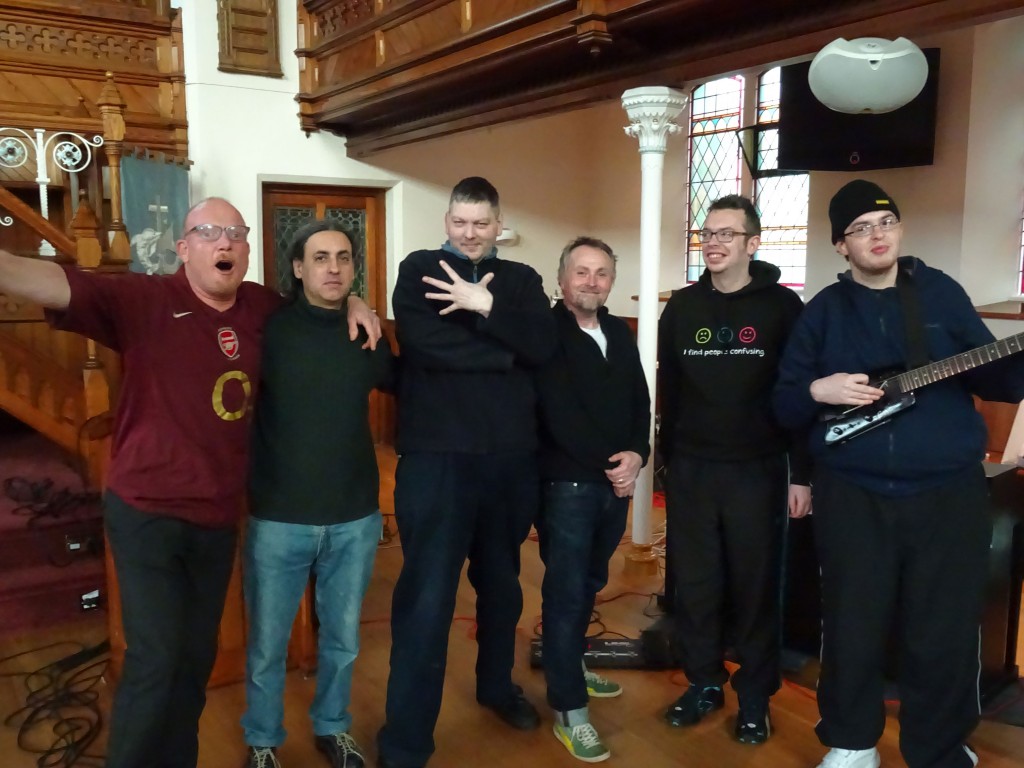 The workshop was loosely structured around a jam but to start with he wanted to get us in the frame of mind to work together and bounce off each other. We used simple sound games, passing sounds to each other and around the room.

Whilst doing this we also discovered there was quite a mutual love of football amongst all the participants and what with Alan being from Argentina and the workshop taking place in the beautiful surroundings of Hove Methodist Church it seemed to me appropriate to call our selves ‘The Band of God’ (in tribute to footballing legend Maradona and that ‘goal’).

Andrew, one of our vocalists was keen to seize on the opportunity to celebrate his beloved Leicester City FC topping the Premier League table and came up with these lyrics:

Bournemouth, where are they?
Arsenal lose on goals
Aston Villa on relegation

Chelsea on 14th
Everton where are they?
Leicester on top of the table

Brighton all not in league 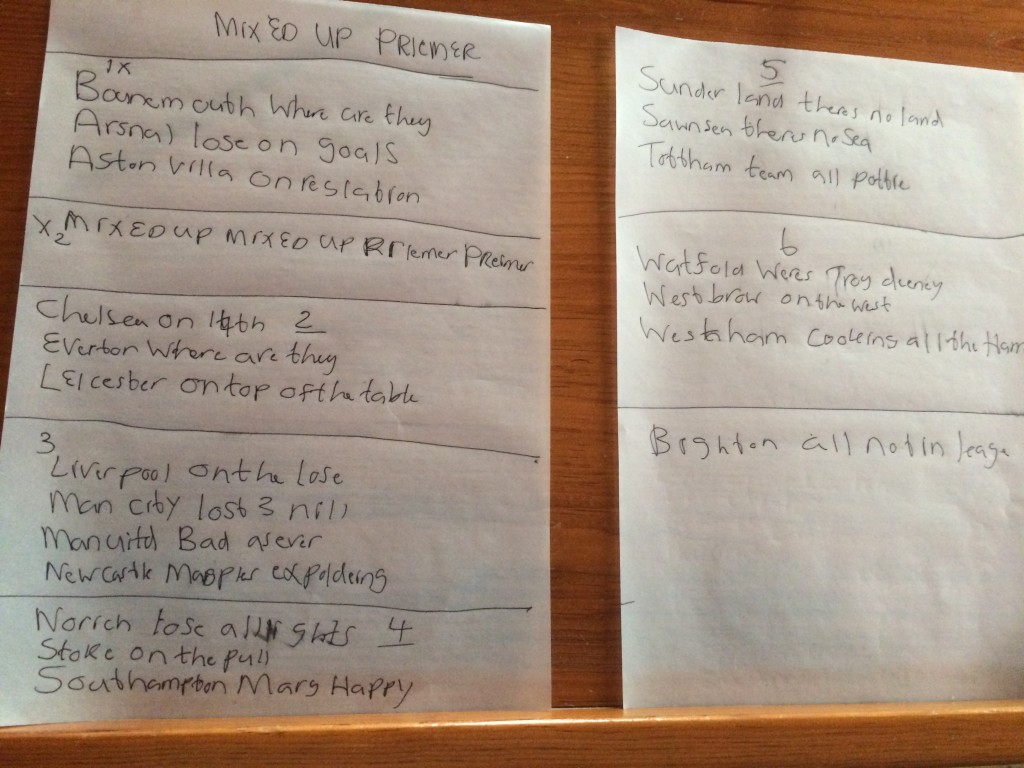 It was a fantastic way to spend the afternoon, none of us had all played together before and it was awesome to hear Elliott experiment with using the pentatonic scale to improvise (something which Alan taught him).

We also marked Simon’s birthday with some cake and tea. 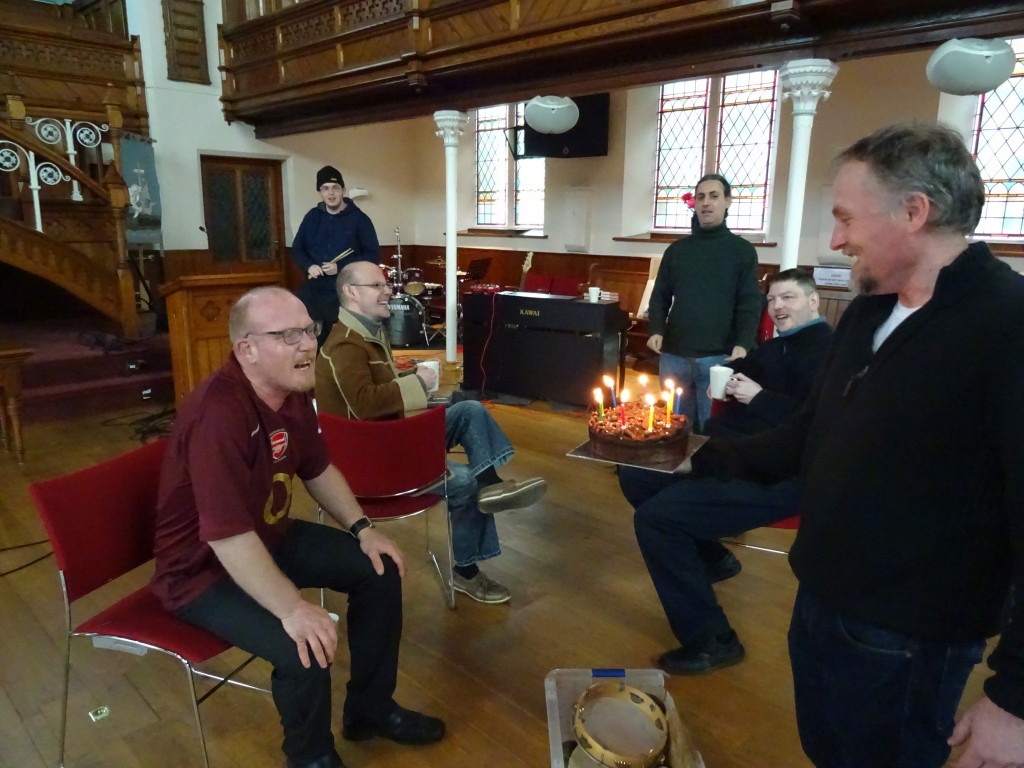 Later me and Alan spent a very pleasant evening in the pub chatting about music and putting the world to rights. The chat carried on over breakfast and may have come up with an idea for a new project. We shall see!

To find out more about musicians with learning disabilities check out some of the tunes we’ve collected through our Wild Things music festival.