Berhana, a Gig Buddies participant writes about her experience at Glastonbury Festival ’14 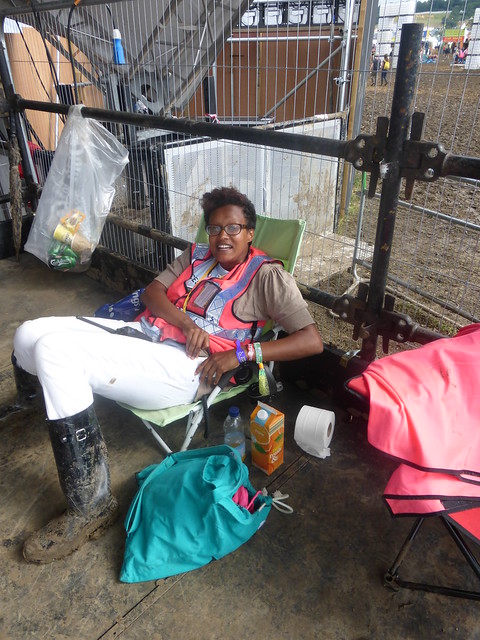 There was so much to see, tents with live music on the main stage – the pyramid – well known artists. I saw Kelis and Rudimental, that I am a fan of. I enjoyed dancing with gig buddy members, the atmosphere was amazing even though sometimes I found it a bit difficult. When I was there it was daunting, as I don’t stay away from home, it was the world of Glastonbury and not the summer holiday I expected!

But it was great still, and more entertaining with the rain showers. I didn’t like the mud but I had to get used to it. I worried about getting stuck. One day, me and Madeline were trying to get across in the mud to the other side holding on to each other, it was really funny! 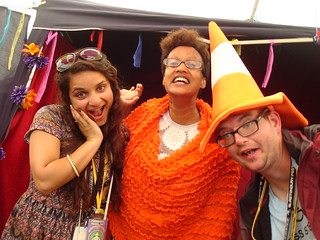 We stopped on the way to work to watch a comedian who was hilarious. I didn’t want to leave! He was going up a ladder and was really funny and making everyone laugh, and picking people at random to help him with his magic tricks.

When I was working, it felt like a long night, but being on the platform was good because we could see clearly over the crowd. When on the platform, I had a dance around. I liked taking it at my own pace. I love dancing. 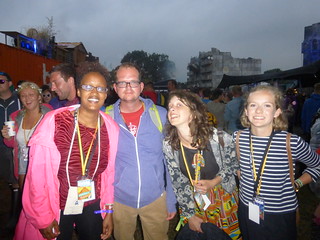 The campsite was lit up, the lampposts had flags on them. I thought these were really beautiful. All my luxuries went out the window. It was a bit of a shock, but I just got used to it! It really was a big deal for me. You just make the most of it and try not to worry about things!

On the last day I had a free day and I chose to go and see Chance the Rapper, which I went to with Madeline. I thought that he was really wicked! I was determined to see someone backstage before leaving, after Swetha one of the other gig buddies had told me how she’d seen all these people backstage, so we walked round and we got as far as his dressing room door before they asked us to leave…so close! 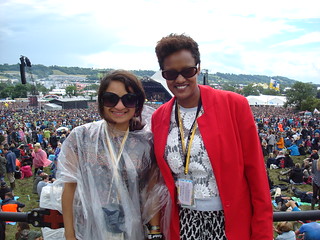 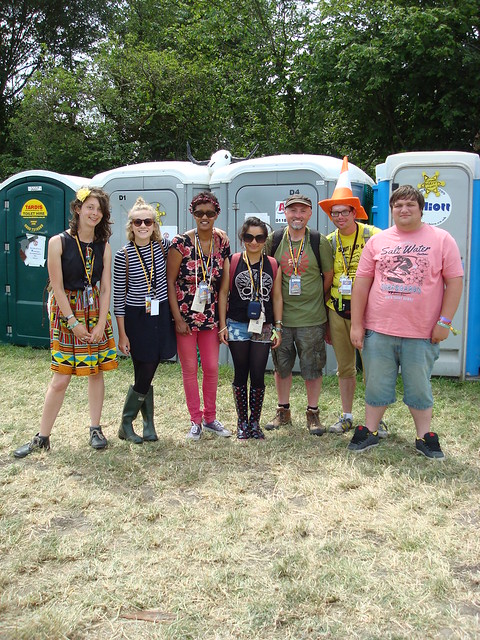